These patriotic poems are the perfect addition to your Independence Day celebrations.

There are several poems on India’s spirit of nationalism that drives every Indian into a patriotic zone. From Rabindranath Tagore’s ‘India Awakens’ to Sarojini Naidu’s ‘The Gift of India’, there are various famous English poems that are a must in every Independence Day celebration. These poems account for the struggle that Indians went through for hundreds of years before finally being given the gift of independence. While we often tend to take our freedom for granted, events like Independence Day and Republic Day remind us of the importance of India’s independence. As we celebrate  71st Independence Day of India, here are a few famous patriotic poems that will give you all the inspiration you need and fill your heart with pride. Indian Independence Day Performance Videos on Patriotic Songs in Schools: Learn Easy Dance Steps Online. Also Read - Independence Day 2021: One World Trade Center Among Iconic US Buildings to be Lit in Tricolour on 15th August 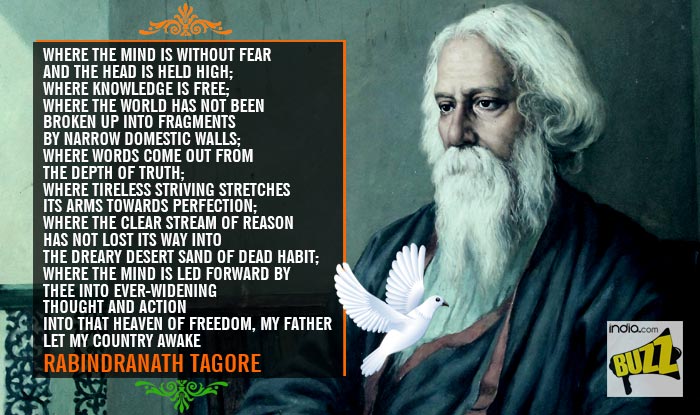 Poem Verse: Where the mind is without fear and the head is held high; where knowledge is free; Where the world has not been broken up into fragments by narrow domestic walls; Where words come out from the depth of truth; Where tireless striving stretches its arms towards perfection; Where the clear stream of reason has not lost its way into the dreary desert sand of dead habit; Where the mind is led forward by thee into ever-widening thought and action. Into that heaven of freedom, my Father, let my country awake.

Sarojini Naidu’s The Gift of India 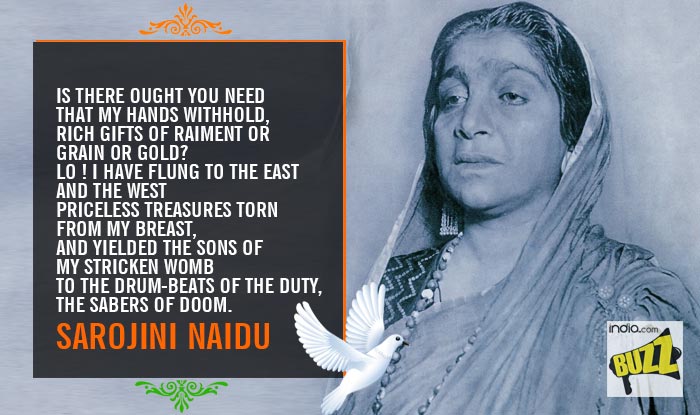 Poem Reads: Is there ought you need that my hands withhold, Rich gifts of raiment or grain or gold? Lo ! I have flung to the East and the West Priceless treasures torn from my breast, And yielded the sons of my stricken womb. To the drum-beats of the duty, the sabers of doom. 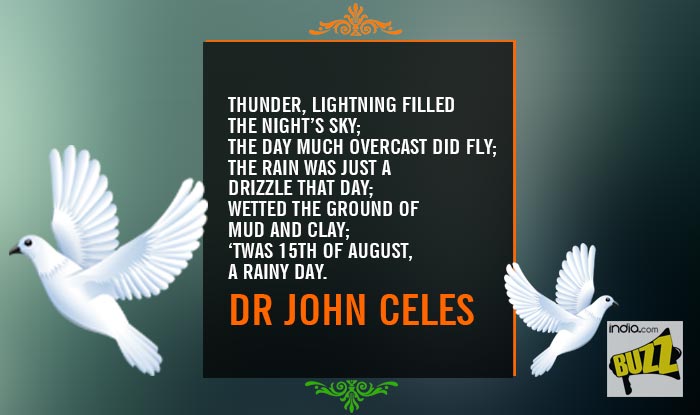 Poem reads: Thunder, lightning filled the night’s Sky; The day much overcast did fly; The Rain was just a drizzle that day; Wetted the ground of mud and clay; ‘Twas 15th of August, a rainy day. 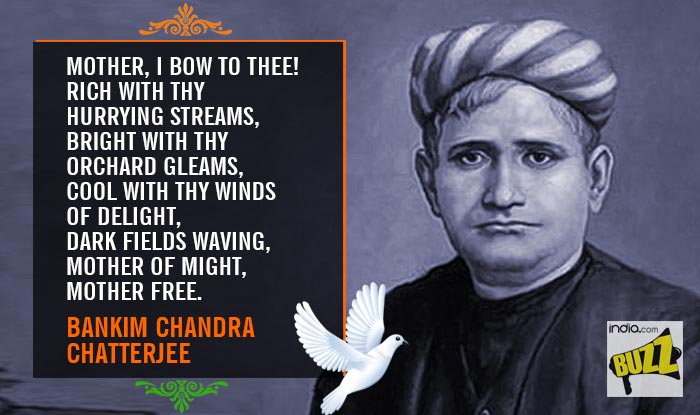 Poem Reads: Mother, I bow to thee! Rich with thy hurrying streams, Bright with thy orchard gleams, Cool with thy winds of delight, Dark fields waving, Mother of might, Mother free.

Paramahansa Yogananda’s My India My Pride 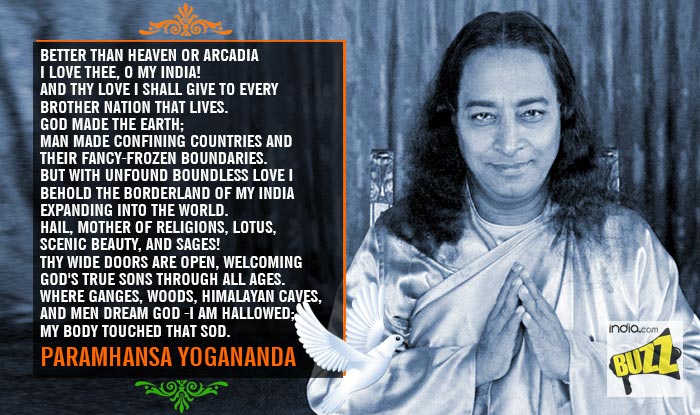 Poem Reads: Better than Heaven or Arcadia I love thee, O my India! And thy love I shall give To every brother nation that lives. God made the Earth; Man made confining countries And their fancy-frozen boundaries. But with unfound boundless love I behold the borderland of my India expanding into the World. Hail, mother of religions, lotus, scenic beauty, and sages! Thy wide doors are open, Welcoming God’s true sons through all ages. Where Ganges, woods, Himalayan caves, and men dream God -I am hallowed; my body touched that sod.

These poems are perfect for all the Independence Day performances and make the day all the more memorable. In addition to these songs and poems, we also have several Bollywood songs and dance performances that help to convey our expressions on the occasion of India’s Independence Day. The Independence Day celebrations in India include the hoisting of the flag which is followed by various cultural festivals that celebrate India and its essence. As we remember the freedom fighters who laid their lives to better the state of our country, we hope that these poems stand as a reminder and help us to value independence.