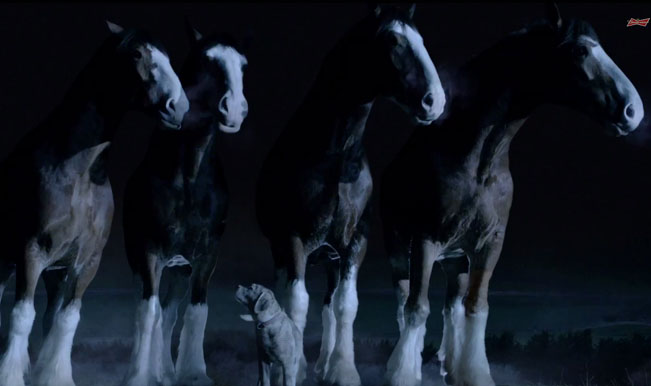 Budweiser has made a sequel for their extremely cute and superbly popular #BestBuds advertisement for Super Bowl that they released for the 2014 season. Budweiser has made another ad to fill the Super Bowl spot thsis year with the friendship of the puppy and the horses in the stable. Also Read - Looking For Love: 30-Year-Old Man Who Hasn't Had a Girlfriend in 10 Years Puts Himself up For Sale on Facebook

It seems that Budweiser has found a way to win hearts with this amazing friendship shown in the adverts between a little puppy who has grown quite a bit but the bond only grows stronger between the pup and the horses. The puppy gets taken away but somehow finds his way home. There is danger but the little cries for help are met with the backing of the horses to bring the puppy back home. Watch the adorable video of the Budweiser pup and the stable horses below. Also Read - In Loving Memory: Madurai Businessman Installs Life-Size Statue of Wife at Home After Her Death