Bhutan’s Royal Prince Is Stealing Hearts All Around, This Time It’s PM Narendra Modi Who Is Smitten (See Pictures)

Prime Minister Narendra Modi shared adorable photos of the little prince on his Twitter account and even a video on Facebook where he is seen playing with the child.

Bhutan’s Royal family, King Jigme Khesar Namgyel Wangchuck and Queen Jetsun Pema Wangchuck arrived in India for a 4-day goodwill visit and it seems the youngest royal family member has got all our hotshot leaders in his little pocket. Prince Jigme Namgyal Wangchuk had already stolen External Affairs Minister Sushma Swaraj’s heart, now it seems even our Prime Minister Narendra Modi could also not save himself from doting on the little one, he seemed smitten with the crown prince. The one-year-old prince has managed to put the political issues of the elders aside and has given way to enthralling the Indian leaders with his adorable antics and smiles; and who would blame Narendra Modi and Sushma Swaraj when the prince is oh so cute! Prime Minister Narendra Modi shared adorable photos of the little prince on his Twitter account and even a video on Facebook where he is seen playing with the child.Also Read - Kashi Vishwanath Corridor Project: How PM Modi’s Dream Project Will Boost Religious Tourism | SEE PHOTOS

On Wednesday night the Prime Minister Narendra Modi tweeted, “Had a wonderful meeting with the King, Queen and Prince of Bhutan.” He followed up this tweet with another one in which he wrote about what gift he presented to the little prince. He wrote on Twitter, “Presented the Prince of Bhutan an official football from the FIFA U-17 World Cup and a chess set.” The Prime Minister looked as if he was in awe of the crown prince and couldn’t help but feeling that he was the best state guest ever to have arrived in India. After all who wouldn’t get bewitched with that dimpled cheek and cute smile? Check out the photos and the tweets below. Bhutan’s Royal Prince Steals The Show, Has Sushma Swaraj Wrapped Around His Little Finger (See Pictures) Also Read - Cyclone Jawad To Hit Odisha, Andhra Pradesh Tomorrow, NDRF Deploys 64 Teams in 3 States | Key Points 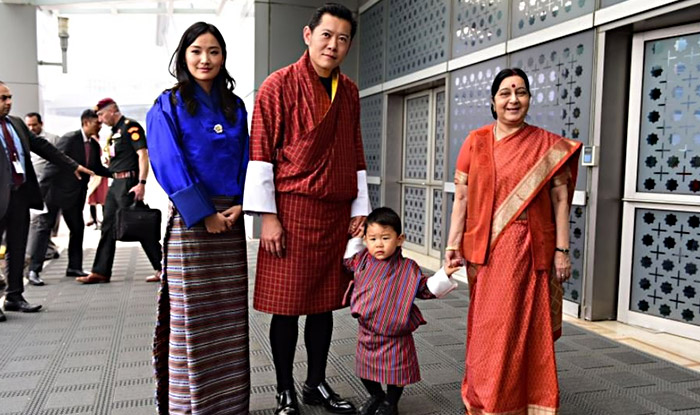 Had a wonderful meeting with the King, Queen and Prince of Bhutan. pic.twitter.com/6dWDoNL1jv 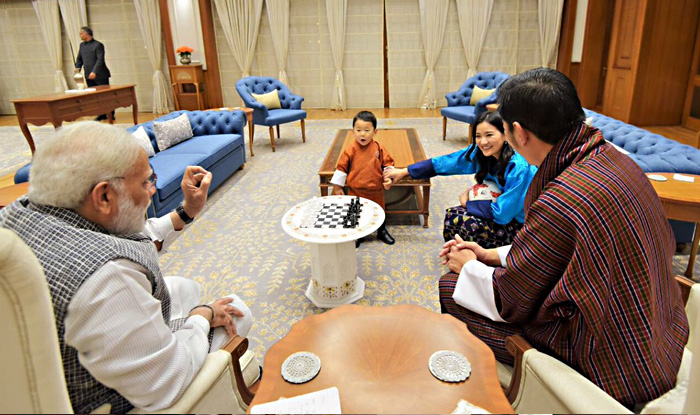 World Cup U-17 Football for the little prince

Presented the Prince of Bhutan an official football from the FIFA U-17 World Cup and a chess set. pic.twitter.com/91xLRURPnJ 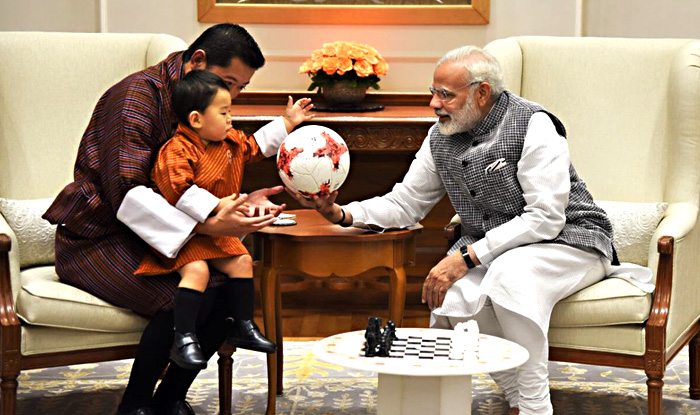 Prime Minister Narendra Modi’s tweets and videos show how happy he must be with the meeting. We’re sure he must be praying that other dignitaries also come with such adorable children. After all who wouldn’t get smitten looking at such adorable cuteness.