Bigg Boss 10 begins! List of Most Controversial Contestants of the reality TV show ever!

Here’s proof that Bigg Boss has always had its share of controversies.

The Salman Khan-hosted reality show Bigg Boss 10 is all set to begin on Sunday, October 16 on Colors, to be telecast at 9 pm IST on the weekends and at 10.30 pm IST on the weekdays. Ever since the reality show Bigg Boss began, the show has been marred by controversy. In fact, the format that was taken from the UK show Celebrity Big Brother, is supposed to be such that there are fights and romances in the reality show’s ‘house’. This is ensured with a mix of celebrity contestants and some who have been controversial in real life. In India, too, Bigg Boss, right from its first season has had some contestants who will pick a fight at the drop of a hat. Right from Rakhi Sawant, Sambhavna Seth, Raja Chaudhry to Sunny Leone and the recent Sapna Bhavnani, Priya Malik or Imam Siddiqui. Let’s take a look! Also Read - John Abraham's Satyameva Jayate 2 vs. Salman Khan's Radhe: Your Most Wanted Bhai on Eid 2021

New watchers of Bigg Boss wouldn’t know that the first season was aired on Sony Entertainment. The host of the first season of Bigg Boss was the humble actor Arshad Warsi and the winner of the reality show was actor Rahul Roy. Bigg Boss 2 was hosted by actress Shilpa Shetty and Bigg Boss 3 by Amitabh Bachchan. The current host of Bigg Boss, Bollywood superstar Salman Khan, was appointed from Bigg Boss 4 and has been with the show since. Salman Khan as been the most successful anchor on Bigg Boss. He was supported in Bigg Boss 5 by actor Sanjay Dutt, his buddy, and in Bigg Boss 8 Halla Bol by choreographer-director Farah Khan. Also Read - Jayashree Ramaiah Said She Was Depressed, Many Didn't Believe Her. 6 Months Later, She's Gone

Coming back to the controversial contestants, here are some names that were troublesome on Bigg Boss through the years: Also Read - Bigg Boss 14: Rakhi Sawant Writes 'I Love Abhinav' All Over Her Body, Rubina Dilaik Calls It 'Cheap Publicity' 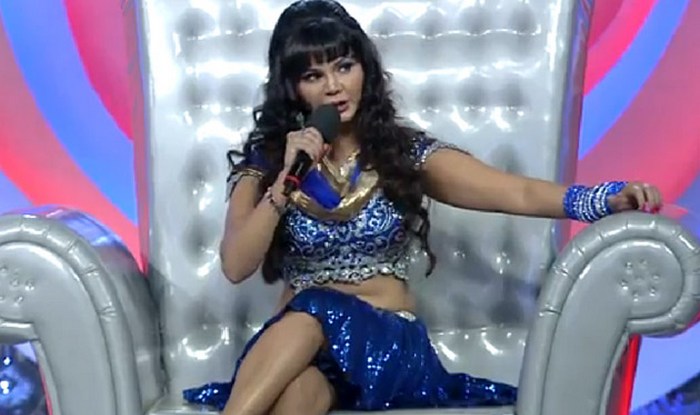 The actress and item girl made sure that Rakhi Sawant was evicted out of Bigg Boss 1, only to make a comeback a few weeks later! The cat-fights between these two strong-headed individuals were a pain to watch but also fun. 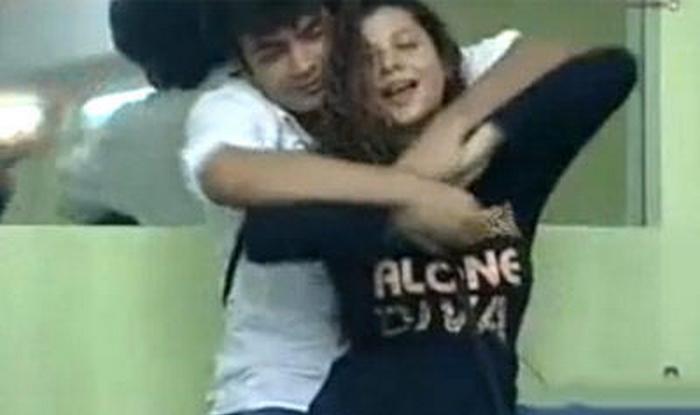 We are clubbing them together because they mostly landed in controversy on Bigg Boss because of their loud and sometimes violent fights! But surprise, surprise, Bhojpuri girl Sambhavna Seth and actress Shweta Tiwari’s ex-husband Raja Chaudhry soon shared a kiss on Bigg Boss! 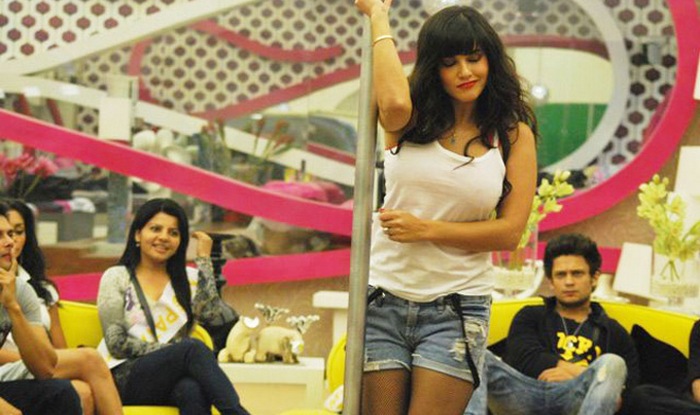 Who can forget Pooja Missra and the two words she mouthed through her entire stay in the Bigg Boss house, “Spare me!”? This model-actress turned out to be one of the crankiest of them all ever seen, and it was clear that she has some issues in life. Pooja Missra fought with any and everybody and made it obvious that she is not to be messed with. The attitude carried on in real life once she was outside Bigg Boss. Sometimes she randomly accuses someone of sexual assault and sometimes of conspiring against her, all without any proof. May she find peace soon in her life!

Politician Pramod Mahajan’s bigda hua beta was the most controversial on Bigg Boss 2 but still could have easily won the show, as he was getting the television rating points and was popular. But since it became clear that MTV Roadies 5 winner Ashutosh Kaushik was going to win Bigg Boss 2, with some saying the result was rigged, Rahul Mahajan made an early exit from the reality show by breaking the rules – he jumped over the Bigg Boss house walls in Lonavala! LOL. But we can never forget his antics and his swimming pool romance with actress Payal Rohatgi, who was also seen as disturbed on Bigg Boss but is in a better phase of her life now.

He may have been the winner of Bigg Boss 3, but this actor was not on good terms with everyone on the show. But he tried to maintain a ‘I am above all’ attitude and managed to win the show. Vindu Dara Singh was later caught in the 2013 spot-fixing scandal in cricket and has vanished now. On Bigg Boss 3, he was challenged by Kamaal R Khan who often picked up a fight with him. KRK is controversial on Twitter because of his movie reviews and his indecent remarks on any celebrity. Watch the video here of KRK and Vindu’s fight on Bigg Boss! 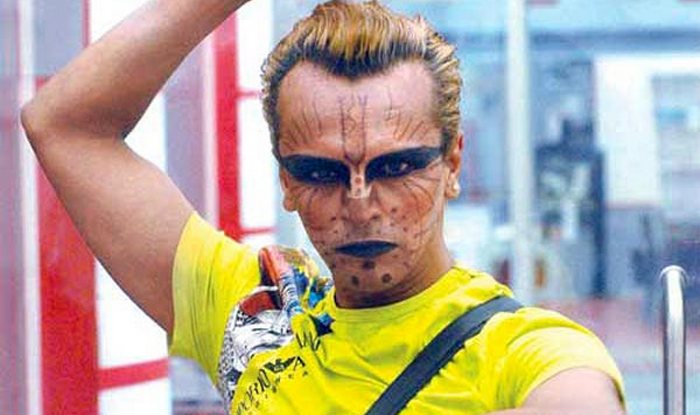 This former VJ and now fashion stylist and anchor was the most colourful on Bigg Boss 6. He increased the TRPs of the show manifold with his antics! But some of what he said during the tasks did make sense and it was clear that Imam is mature and can act well, but of course, for an idiotic show like Bigg Boss, he was simply used for entertainment and he did that well.

Bakhtiyaar Irani was a fighter-cock on Bigg Boss and even cried on the show, while missing his family. He was crazy and emotional, but that’s what will happen to you if you are locked up inside a house with madcaps around you!

This famous hairstylist took a panga with not only Bigg Boss the man behind the voice but also the strict superstar host Salman Khan! She hates Salman Khan and she had the guts to say it. Obviously, the white-haired girl was controversial.

Actress Dolly Bindra did side-roles in Bollywood movies where she performed comedy as a ‘lookalike’ of leading actress Juhi Chawla. Bigg Boss the show was like a place for Dolly to went out all her anger and she did just that. Dolly Bindra’s ear-splitting outbursts and fights with co-contestant Shweta Tiwari are legendary on Bigg Boss! 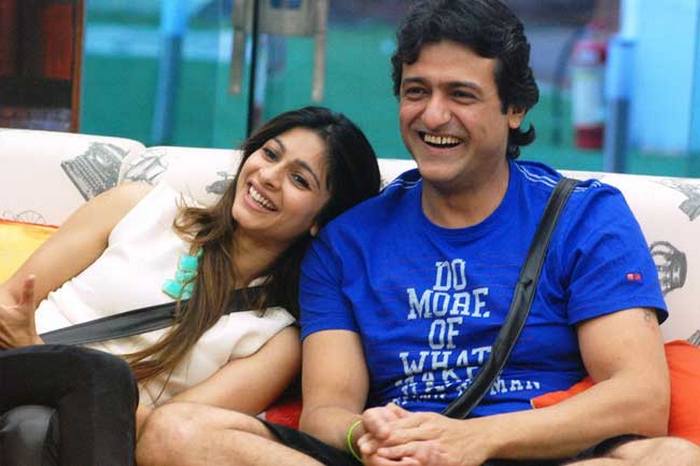 Actress Kajol’s little sister Tanisha Mukherjee was the first runner up on Bigg Boss 7. It was almost sure that she will win the show, but actress Gauahar Khan took away the prize from her! Tanisha Mukherjee was not obnoxious on Bigg Boss 7 but was famous for getting close to actor Armaan Kohli on the show. Armaan’s behaviour was not good on Bigg Boss 7 with certain participants like Sofia Hayat who had lodged a police complained against him after he slapped her. But Armaan got away because he is the friend of host Salman Khan and so is Tanisha.

Kushal and Gauahar love affair on Bigg Boss was as famous as Tanisha Mukherjee and Armaan Kohli’s. Kushal often stood by Gauahar in fights in the Bigg Boss house, and even hit VJ Andy when he touched Gauahar’s valuables. As a result, Kushal was evicted out of the house and Gauhar followed him. The actor returned to the show later.

Another Bigg Boss contestant who took on the mighty Salman Khan and had to pay for it! The television actor had revealed to a daily once he was out of Bigg Boss, “Salman Khan hit me during the show and all that while has been demoralising me on the show. He always tried to malign my image on the show. He crossed the limit when he raised his hand on me.” Akashdeep Saigal also alleged, “Salman hired a PR to destroy my career.”

Last season’s contestant Priya Malik was scolded by Salman Khan for her behaviour. Also seen on Big Brother 9 in Australia, Priya had problems dealing with some people on Bigg Boss 9 and had fights with Prince Narula, Kishwer Merchant and her beau Rishabh Sinha who later supported Priya.

These two contestants were also famous for their romance on Bigg Boss. Pakistani actress Veena Malik, now married, and actor Ashmit Patel were inseparable in the Bigg Boss house.

There are many more names that could have been included in this list of Bigg Boss’ controversial people. But know these people are you are all set for what to expect on Salman Khan’s Bigg Boss 10 that begins on Sunday, October 16 at 9 pm IST! Watch this space for live updates on Bigg Boss 10!