Bigg Boss 11 finalist and television hottie Hina Khan is currently shooting for a new advertisement for a shoe brand. Earlier today, she took to the Instagram to share her different looks from the shoot and we must tell you that she looks absolutely hot in these pictures. In one of the pictures, she is donning a grey and white shirt paired along with blue sleeveless top and denim hot pants. She has accessorised her look with netted socks and white sports shoes. In another picture, she is wearing a sleeveless pink top along with multi-colour knee-length palazzo. Also Read - This Solapur-based Developer Wins Rs 22 Lakh From Facebook For Flagging Malicious Instagram Bug

In another look, she is donning an off-shoulder yellow top paired with a black skirt. She has paired her looks with round earrings and her hairdo is giving an edge to her look. Also Read - Rhea Chakraborty to Sushant Singh Rajput: 'Please Come Back to me'

Previously, she has shared her some of the bold pictures from the gym and through her post, she hinted that it is for the ad film and her latest looks are finally out. Also Read - Nick Jonas Misses Priyanka Chopra, Drops Image of Her Looking Gorgeous in Saree | Viral Post 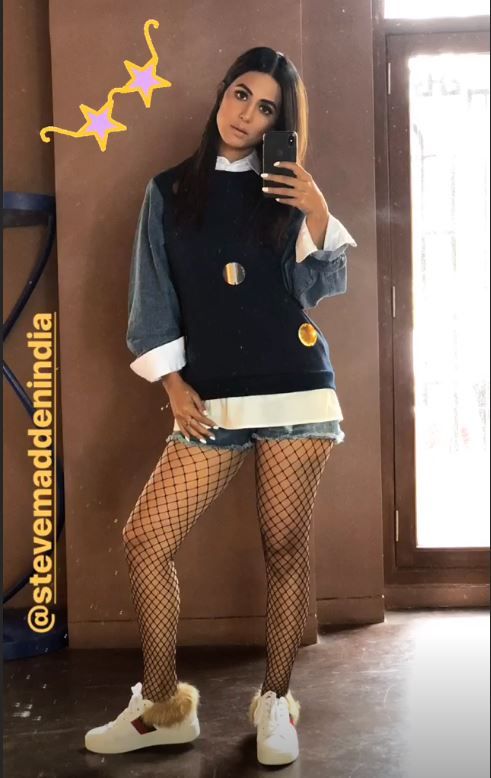 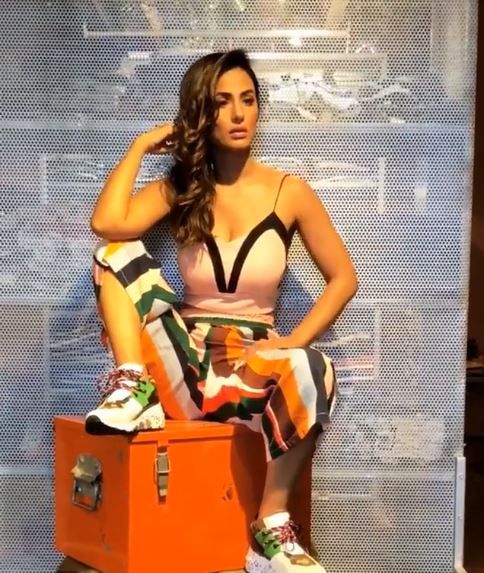 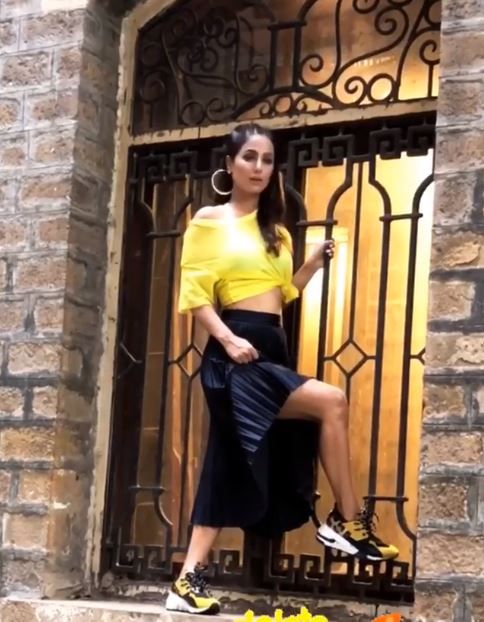 The rumoured Komolika is donning an off-shoulder yellow top paired with a black skirt.

On the related note, speculations are rife that Hina Khan has not signed the contract for Ekta Kapoor’s upcoming television show Kasautii Zindagii Kay 2. Rumours suggest that the actress will be seen playing the role of Komolika in Kasautii Zindagii Kay 2. Not only this, she is reportedly getting Rs 2.25 lakh per episode. However, nothing official has been said on the same. Ekta Kapoor’s reboot show is reportedly all set to start from September 25.

Hina Khan played the role of Akshara for almost eight years in Yeh Rishta Kya Kehlata Hai and then went on to participated in Salman Khan’s reality show, Bigg Boss. She raised eyebrows with her controversial statements. The actress tried hard but couldn’t win the show and was defeated by Shilpa Shinde in the finale.