Bigg Boss 11 finalist and television hot shot Hina Khan is one of the sexiest celebrities of the television world. From her photoshoots to her vacation pictures, she rules like a diva on the social media. Recently, she has shared some of the throwback pictures of her on her Instagram story and we must tell you that it is the most cutest thing on the Internet today. In the pictures, she poses by grabbing Winnie the pooh in her hand bringing out the child in her. In another picture, she show-off her sexy back after working out in the gym. She is seen donning a white sports bra and black sports shorts. She has paired her look with see through a pink top and sports shoes. Also Read - Hina Khan's Workout Tip: 'Wearing Stylish' Matters When You Sweat it Out

A few days back Hina was in London with her boyfriend Rocky Jaiswal. The television actress just shared some photos from her trip in which she looks stunning. She was busy shooting for Asian Wedding Magazine. Whatever she wears, she knows how to slay be it an Indian outfit or a western dress. Also Read - Television Celebs Come Forward in Phir Jagmagayega Hindustan Video, Urge People to Stay Indoors 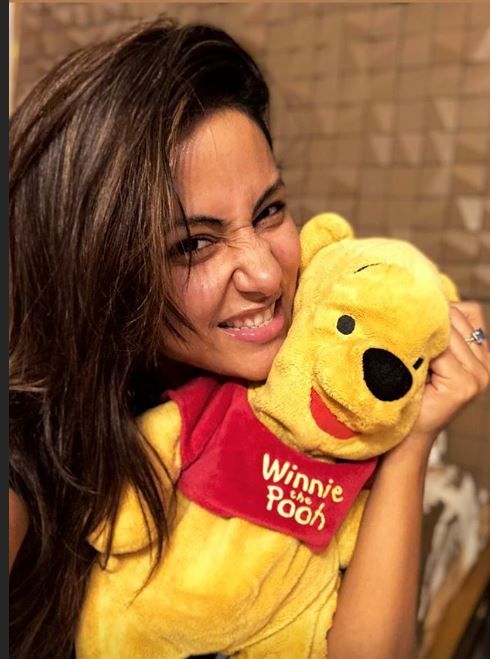 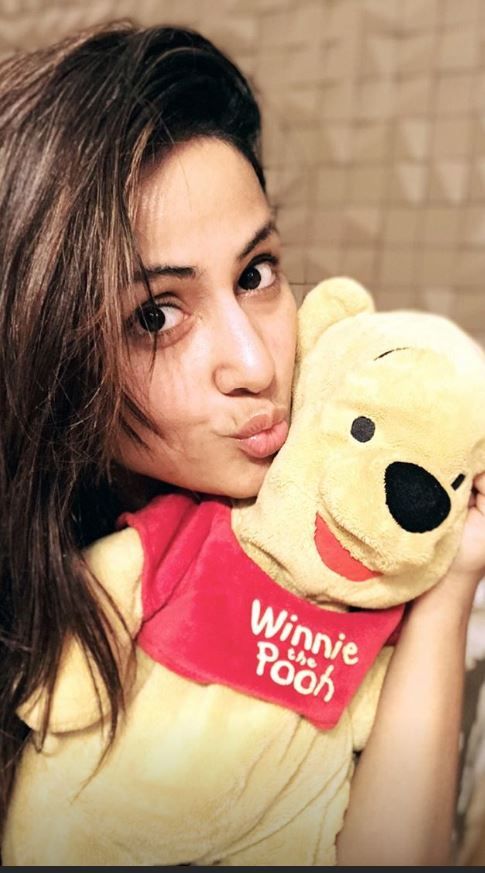 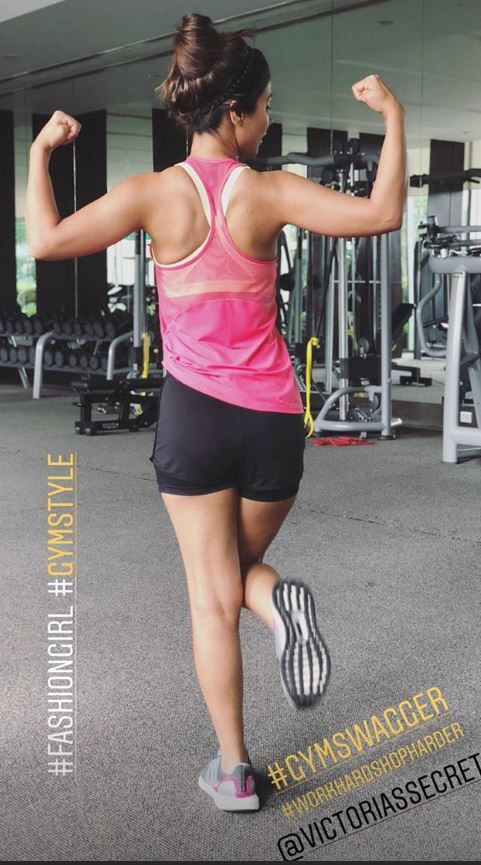 The lady is riding high on success after her music video Bhasoodi received a positive response on social media. Hina showcased some sizzling moves and can be seen totally different from her sanskaari bahu avatar. Speculations are rife that she is all set to play an antagonist in Ekta Kapoor’s show. However, nothing official has been said on the same.