Hina Khan is raising the style quotient as Komolika.

Telly actress Hina Khan has started shooting for Kasautii Zindagii Kay. The gorgeous lady will be seen playing the role of Komolika in the popular show. She has been sharing pictures on social media and we can’t wait for her grand entry. The actress never shies away from experimenting with her style. With junk jewellery, big nose ring and perfect makeup for her Komolika look, Hina is redefining hotness. If nothing else, her pictures are sure to make you hum Nikaaa! Also Read - Hina Khan Shares Her Refreshing Workout Pictures Amid Coronavirus Lockdown, Looks Ravishing

Kasautii Zindagii Kay is the reboot version of Ekta Kapoor’s popular show. It features Parth Samthaan and Erica Fernandes as Anurag–Prerna. The show hasn’t been able to do much for the channel when it comes to TRPs. Looking at the craze that people have for Hina, chances are high that Kasautii Zindagii Kay will perform much better. Also Read - Hina Khan Sketches Map of India Under Lockdown While Spending Quarantine Time at Home - Check Viral Photos 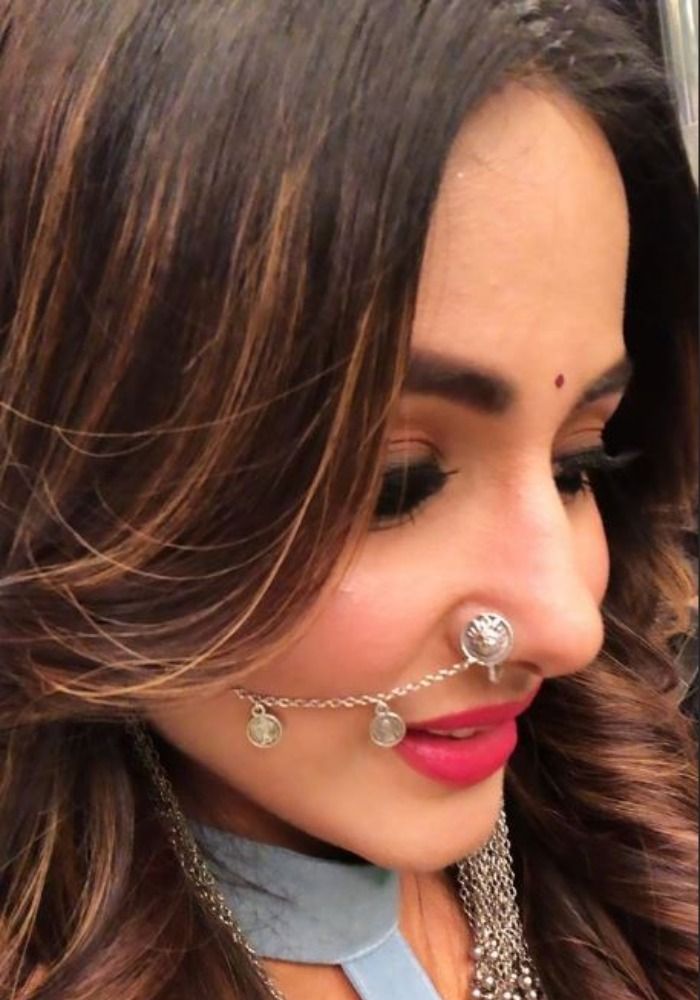 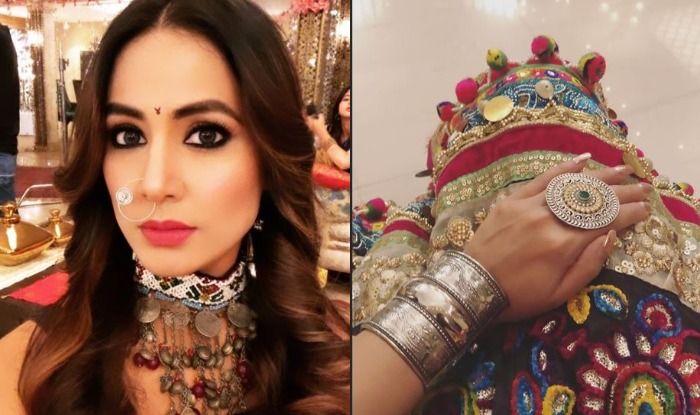 Earlier, in an interview to Mumbai Mirror, the actress revealed that Ekta Kapoor wanted her to show versatility. Thus, she offered her the role of Komolika in Kasautii…. Hina said, “I got a call from Ekta’s (Kapoor) team to meet her. She took me by surprise by offering the role within minutes of the meeting. She said she was keen that I played the part and asked me to take my time. When I asked her why she wanted me for a negative role, she said that I should prove my versatility to the world.”

Hina played the role of Akshara in Yeh Rishta Kya Kehlata Hai for almost nine years. After leaving the show, she participated in Fear Factor: Khatron Ke Khiladi 8. She also entered Bigg Boss 11 house. Hina ditched her sanskari bahu image and emerged as the fashionista during the show. The actress gave tough competition to other contestants. However, she couldn’t win the Salman Khan-hosted show. After coming out, she featured in a music video, titled Bhasoodi. It became a huge hit. The song was sung by Sonu Thukral while its lyrics were written by Preet Hundal.