Though it’s 2021, there are still many countries around the world that unfairly place restrictions on women’s clothing and dictate a woman’s fashion choice. In a case that manifests the same, two German beach volleyball stars are planing to boycott the upcoming FIVB World Tour event in Qatar over the country’s strict clothing rules that forbid athletes from wearing bikinis while competing. Stars Karla Borger and Julia Sude have said they will boycott the tournament in Qatar because it is ‘the only country’ where players are forbidden from wearing bikinis on court.Also Read - Viral Video: Little Girl Seeks Permission From Airport Security to Bid Goodbye to Aunt, Her Cuteness Will Melt Your Heart | WATCH

”We play at 30 to 40 degrees in the midday heat and of course we’re used to playing in a bikini. This is really the only country and the only tournament where a government tells us how to do our job – we are criticising that. We are asking whether it’s necessary to hold a tournament there at all. It is definitely something that has to be questioned,” Borger told radio station Deutschlandfunk on Sunday. Also Read - International Flights From Kabul’s Hamid Karzai Airport to India, Other Countries To Resume In 3 Days: Report 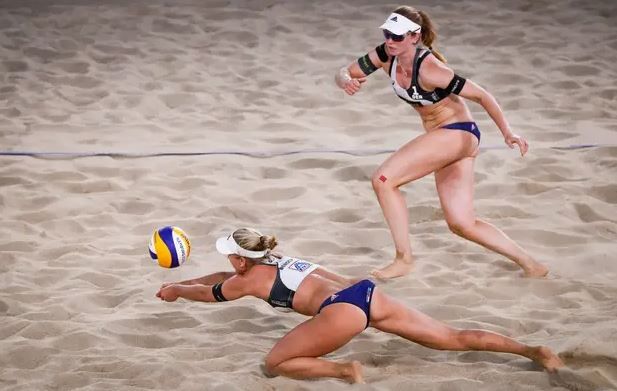 Notably, Qatar which is hosting the upcoming FIVB World Tour event has strict rules about on-court clothing. As per rules, female players have been asked to wear shirts and long trousers rather than the usual bikinis, AFP reported. The international governing body for the sport, the FIVB said the request had been made ‘out of respect for the culture and traditions of the host country’. Also Read - International Flights: Air India Announces Flight Services to Doha Till Oct 2021 | Check Full Schedule, Ticket Fare

Reacting to it, Borger said that they would normally be happy to “adapt to any country”, but that the extreme heat in Doha meant that bikinis were necessary. Temperatures in the Gulf state can reach as high as 30 degrees Celsius (86 degrees Fahrenheit) in March. Heat and humidity were major issues during the road races at last year’s World Athletics Championships in Doha.

Borger also questioned in a radio interview whether it is necessary to hold a tournament in Qatar at all. Qatar is largely a conservative Islamic country in which women are expected to dress conservatively.