The Bollywood actress, a brand ambassador for GUESS, reveals her style secrets and also her ideas on romance on the show Breakfast to Dinner. 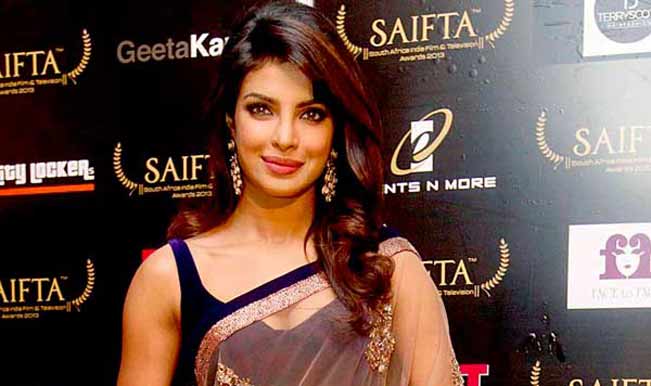 Priyanka Chopra was born on July 18, 1982 to doctor parents. She grew up in an army background in India and also did some schooling in the US. Priyanka went on to win the Miss World pageant in 2000 and entered Bollywood, as many Indian pageant winners do. Also Read - It's a Girl For Anushka Sharma, Virat Kohli! From Alia Bhatt To Sania Mirza, Celebs Pour In Their Congratulations!

After over a decade in Bollywood, Priyanka has successfully made a mark as an actress, winning many awards including several Filmfares and a National Film Award. She has also recently turned pop singer of international repute, with three singles – In My City, Exotic and I Can’t Make You Love Me – and a special appearance in The Chainsmokers’ Erase to her credit. Also Read - Priyanka Chopra's Note For US Vice President-Elect Kamala Harris is The Best Thing on Women Empowerment Today

Being appointed as the brand ambassador for GUESS recently, Priyanka sexy ad campaign for the brand was shot by none other than famous singer Bryan Adams who has turned photographer. In this video of Breakfast to Dinner, shot in a GUESS store, Priyanka talks about shooting with Adams.

The actress also reveals her zany style secrets, which are definitely not feminine. She does have a shoe fetish though – especially high-heeled shoes or stilletos! Priyanka also talks about being in love and her ideal dress for a date.