The first quarter of 2014 ended without leaving much impact, but the second one arrived with some surprises. 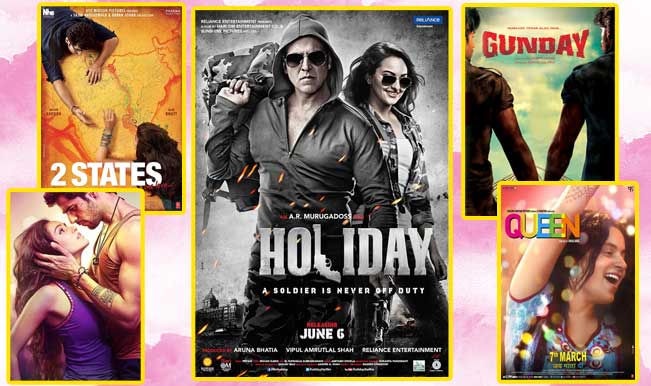 The first half of the year concluded with some surprises and many shocks. In comparison with previous year, movies in 2014 have performed below par. In 2013, box-office bagged a humongous Rs. 3010 crore. This year started with a flop ‘Mr. Joe B Carvalho’ starring our beloved ‘circuit’ Arshad Warsi. The first quarter of 2014 ended without leaving much impact, but the second one arrived with some surprises. Below is the list of 5 tops and 5 flops of the first half of 2014. Also Read - Arjun Kapoor Buys a New Car - Land Rover Defender Worth Rs 1 Crore | See Pics

Top 5 movies that raked the moolah

1. Holiday Also Read - Rajinkanth vs Kamal Haasan at Box Office After 16 Years? Watch Out This Diwali

Made at a high budget of Rs. 75 crore, Akshay Kumar-Sonakshi Sinha starrer is topping the list of ‘highest grossing movies of 2014’. Beating the collections of Jai Ho, the movie has collected Rs. 112 crore till its third week. In spite of an average first day, it went on to be the most successful movie of the year.  In spite of tough competition from Humshakals and Ek Villain in its third and fourth week, the movie is still adding some crores to the collection.

After super-hit Aashiqui 2, Mohit Suri presented another love story adding some thrill in it. With its first promo, the movie amassed huge buzz among the viewers. Thanks to the marketing team of the movie, despite average reviews the movie had a record start. In just 6 days it became the 5th highest grosser of 2014.  Till now the movie has collected Rs. 70 crore, and it will cross 100 crore soon.

The movie is the screen adaption of the novel of the same name written by Chetan Bhagat. The sizzling pair of Arjun-Alia, chart buster songs, and interesting topic leads this movie among the successful movies of the year. It collected Rs. 104 crore at the box-office.

Directed by Ali Zafar, starring Ranveer Singh and Arjun Kapoor, Gunday emphasized on bromance and proved successful at the box-office. The new age ‘Jai-Veeru’, were nowhere near to the original ones. But still Bikram and Bala managed to leave a decent impact on the audience. The movie collected 77 crore and was declared hit.

Last but not the least, Kangana Ranaut starrer ‘Queen’ did wonders at the ticket window. It emerged as the biggest surprise of first half of the year. With mind-boggling reviews and positive word of mouth, it went on to be the most profitable movie till date. Made with the low budget of Rs. 20 crore, the movie collected a whopping Rs. 61 crore in its lifetime.

5 movies that proved to be dead-turkey on box office 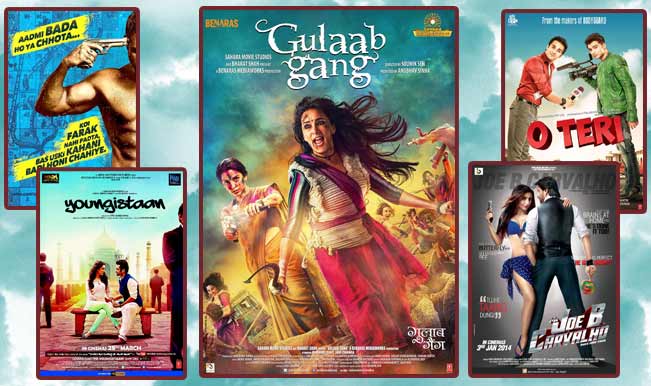 In spite of Soha Ali Khan wearing a bikini, the movie was declared the first flop of the year. It also starred Arshad Warsi and Jaaved Jaaferi in pivotal roles. After being a lawyer in Jolly LLB, Arshad played a detective in this movie. The movie collected a mere Rs. 3 crore and was declared a flop.

This movie marked a comeback for two yesteryear beauties, Juhi Chawla and Madhuri Dixit. It was promoted as a women-centric film, and was released on Women’s Day. Produced at the budget of Rs. 25 crore, this movie suffered huge losses and was declared flop by the producers.

It released along with two more movies, Youngistaan and O Teri, and all went on to be the huge flops at the BO. Produced by Shilpa Shetty-Raj Kundra, it starred Harman Baweja and Aditya Pancholi. The budget of the movie was around Rs. 10 crores, and it wind up collecting just Rs. 4 crore.

Starring the F.A.L.T.U actor, Jacky Bhagnani, this movie looked most promising of the three. It also had a chartbuster song- Suno na sangemarmar sung by Arijith Singh. But the movie wasn’t received well and proved dud at the box-office.

Produced by Salman Khan’s brother-in-law, Atul Agnihotri, the movie was promoted with the help of the superstar. Khan also appeared in the title song of the movie. It starred the ‘Fukrey’ boy, Pulkit Samrat. In spite of all these factors, the movie felt flat on the box office. By collecting poor Rs. 2.50 crore, this movie was a disaster at the box office.