Box Office Calendar 2017 of May movie releases: Sarkar 3, Half Girlfriend, Pirates of the Caribbean 5 & more set up Summer Bollywood vs Hollywood clash

From the return of Amitabh Bachchan as Sarkar in Ram Gopal Varma’s Sarkar 3 to Parineeti Chopra’s much awaited comeback film, Meri Pyaari Bindu, May is full of releases that have been eagerly awaited.

This year has been an eventful year for the Box Office with various releases like Baahubali 2: The Conclusion, Fate of the Furious, Raees and other Bollywood, as well as Hollywood movies, breaking records. Movie fanatics have been extremely impressed with the unique story lines and plots in the 2017 movie releases. As we get ready to welcome summer in style and await the long yearned vacation time, there are various films set to make the summer 2017 more entertaining. From the return of Amitabh Bachchan as Sarkar in Ram Gopal Varma’s Sarkar 3 to Parineeti Chopra’s much-awaited comeback film, Meri Pyaari Bindu, May is full of releases that have been eagerly awaited.Also Read - Abhishek Bachchan Opens Up On Being Replaced In Movies and How Big B Helped Him During His Lean Phase

While Priyanka Chopra’s Hollywood debut film, Baywatch was set to release in May, the schedule of the film has been shifted to 2nd June 2017. However, Hollywood fans can delight on some other interesting releases including the sequel to Marvel’s 2014 blockbuster, Guardians of the Galaxy. Arjun Kapoor and Shraddha Kapoor’s Half Girlfriend will also hit the theatres this month, and fans of Chetan Bhagat’s famous novel cannot wait to catch the love story on screens. The month of may has a lot in store for every type of movie fanatic and ends with the release of Sachin Tendulkar’s biography on his life and journey in Indian cricketer, Sachin A Billion Dreams. Here is a list of all the movies that are set to release May! Also Read - KBC 13: Amitabh Bachchan Can't Stop Laughing After TMKOC's Popatlal Asks 'Aap Mere Shaadi Karva Sakte Hai?'

While Indian fans still busy watching and re-watching SS Rajamouli’s Baahubali: The Conclusion, there are new releases that deserve your attention. Chris Pratt is all set to entertain you with Marvel Comics’ Guardians of the Galaxy Vol. 2. The much-awaited movie which will finally bring Baby Groot to life and will be released on 5th May 2017. An ensemble cast featuring Chris Pratt, Zoe Saldana, Dave Bautista, Vin Diesel, Bradley Cooper, Michael Rooker, Karen Gillan, Pom Klementieff, Elizabeth Debicki, Chris Sullivan, Sean Gunn, Sylvester Stallone and Kurt Russell, it is the sequel to the 2014 hit film, Guardians of the Galaxy.

While the big banner movies are waiting for the Baahubali effect to die, Ejaz Ahmed’s Life Ki Aisi ki Taisi will be releasing on 5th May 2017. The movie revolving around Prime Minister Narendra Modi’s demonetisation and the black money hidden in India will finally be released, giving us a glimpse of the past and our struggles during the demonetisation drive. Starring Muzahid Khan, Zafar Shayk, Javed Hyder, Mithilesh Singh Zoya Khan, Sunil Pal, Riyana Sukla & Mushtaq Khan, this comedy movie will leave you splits.

The British-American drama, based on the novel written by Julian Barnes will finally release in India on 5th May 2017. The Sense of an Ending movie stars Jim Broadbent, Charlotte Rampling, Harriet Walter, Emily Mortimer and Michelle Dockery and revolves around an elderly divorcee who receives a sudden letter, bringing back memories of a past relationship.

Parineeeti Chopra is finally making a comeback in Bollywood after taking a break for one and a half years. The actress will be seen as Bindu in Yash Raj Films’ romantic comedy, Meri Pyaari Bindu. Set to release on 12th May 2017, the movie stars Ayushmann Khurrana as Parineeti’s love interest and the trailers of this movie has already aroused curiosity among fans. Written by Suprotim Sengupta, Meri Pyaari Bindu revives some old classic songs and has some new peppy numbers composed by Sachin–Jigar.

Amitabh Bachchan is back as Sarkar in this third installment of the political drama series. Ram Gopal Varma’s Sarkar 3 has Yami Gautam playing the role of an avenger as Amit Sadh plays the role of Sarkar’s volatile grandson Shivaji Nagre. The movie also stars Ronit Roy, Jackie Shroff, Manoj Bajpayee and Supriya Pathak in key roles and is set to release on 12th May 2017.

Irfan Khan’s comedy on the struggles that parents face for school admissions, Hindi Medium has already been topping charts with some super catchy numbers. Written by Zeenat Lakhani and directed by Saket Chaudhary, the movie is set to release on 12th May 2017, giving movie lovers a lot of options for the weekend. Pakistani actress Saba Qamar will be seen playing the lead role opposite Irfan Khan, and the movie is already considered a hit for bringing back Sukhbir’s Ishq.

Muzaffarnagar 2013 is a serious movie which is trying to capture the flow of events that led to the Muzaffarnagar during Riots of 2013. The movie revolves around a love story with a backdrop of the communal riots and stars Dev Sharma, Anil George and Mursaleen Qureshi in the lead roles. Set to release on 12th may 2017, Muzaffarnagar 2013 is directed by Harish Kumar.

Thodi Thodi Si Manmaaniyan is a Hindi movie starring Arsh Sehrawat, Mukesh Tiwari, Shrenu Parikh. The film revolves around a young age band which is trying to make a mark in the music industry. The movie shows the struggles faced by various budding singers and will be released on 12th May 2017. The movie is directed by Aditya Sarpotdar.

Warner Brother Pictures’ King Arthur will be releasing in India on 12th May 2017. The adventure film directed by Guy Ritchie and written by Ritchie stars Charlie Hunnam as the lead character, King Arthur. The movie revolves around the origin story of King Arthur and also stars Àstrid Bergès-Frisbey, Djimon Hounsou, Aidan Gillen, Jude Law and Eric Bana in supporting roles.

This 2017 American science fiction horror film will be released in India on 12th May 2017 as per reports. Starring Michael Fassbender, Katherine Waterston, Billy Crudup, Danny McBride, and Demián Bichir, Alien: Covenant is the prequel to the 2012 thriller film Prometheus. Alien: Covenant is the sixth instalment of the Alien film series and revolves around the crew of a ship that lands on an uncharted plane.

Originally titled Mother/Daughter, Snatched is an Americal action comedy written by Katie Dippold, Amy Schumer, and Kim Caramele. The film stars Schumer and Goldie Hawn in the lead and will be released on 12th May 2017. Directed by Jonathan Levine, the movie revolves around a sudden adventure that comes in the way of a mother-daughter duo’s vacation. The movie also stars Joan Cusack, Christopher Meloni, Ike Barinholtz, Óscar Jaenada, and Wanda Sykes and one of the writers, Dippold revealed that it was inspired by her relationship with her mother.

Mohit Suri will be bringing Chetan Bhagat’s book, Half Girlfriend to the cinemas with this movie. Starring Arjun Kapoor and Shraddha Kapoor in the lead, Half Girlfriend will be hitting the theatres on 19th May 2017. The movie is co-produced by author Chetan Bhagat along with Shobha Kapoor, Ekta Kapoor and Mohit Suri. The Indian romantic drama is eagerly awaited by fans who are excited to see the imaginary characters of Madhav Jha and Riya Somani come to life.

Saint Dr Gurmeet Ram Rahim Singh Ji Insan is back with a new movie. After fighting terrorism and playing 42 characters in his last movie, Hind Ka Napak Ko Jawab: MSG Lion Heart 2, the spiritual leader will be seen in the role of a normal headmaster in the movie Jattu Engineer. The trailer of the movie shows some never seen before efforts by the insanely talented entertainer actually trying his hand at actual comedy (No we are not talking about that weird and funny VFX we are used to)! The movie is set to release on 19th May 2017. 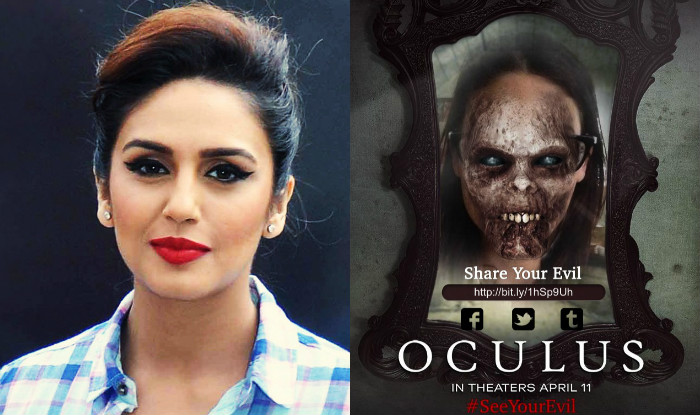 Dobaara: See Your Evil is a supernatural horror movie starring Huma Qureshi and Saqib Saleem in the lead roles. While the trailer of the movie is yet to be released, the movie is slated to hit theatres on 19th May 2017. The Bollywood supernatural horror film is written, produced and directed by Prawaal Raman and is the official remake of the 2013 American horror film Oculus.

The animated jungle adventure film, Hanuman Da’ Damdaar will be released on 19th May 2017. The Ruchi Narain movie has Salman Khan as Hanuman. The multi-starrer kid’s movie has various Bollywood celebrities like Raveena Tandon, Javed Akhtar, Chunky Pandey, Kunal Khemu, Vinay Pathak and others voicing various key characters. The motion poster for this movie was also unveiled by Salman Khan.

Everything, Everything: Movie release date – 19th May 2017

Everything, Everything is an American romance film based on the novel of the same name by Nicola Yoon. The movie stars Amandla Stenberg and Nick Robinson as the lead couple and revolves around a girl who has never seen the world owing to her health condition. The lead character suffers from severe combined immunodeficiency (SCID) and risks everything just to have one perfect day with the man she loves. The movie is set to release on 19th May 2017.

Sachin: A Billion Dreams is the biography of the God of cricket, Sachin Tendulkar. The movie shows the life and journey of Sachin from a young boy with million dreams to a superhuman who took India and Indian cricket team to new heights. The movie will be released on 26th May 2017 and captures the craze that is Sachin Tendulkar. The movie is directed by James Erskine and produced by Ravi Bhagchandka and Carnival Motion Pictures under 200 NotOut Productions.

With such a diverse range of films set to release in the coming month, summer 2017 is going to be an entertaining one for movie buffs in India. May 2017 will see at least eighteen movie releases in Hindi and English alone and the month is all set to raise the heat with some huge releases.