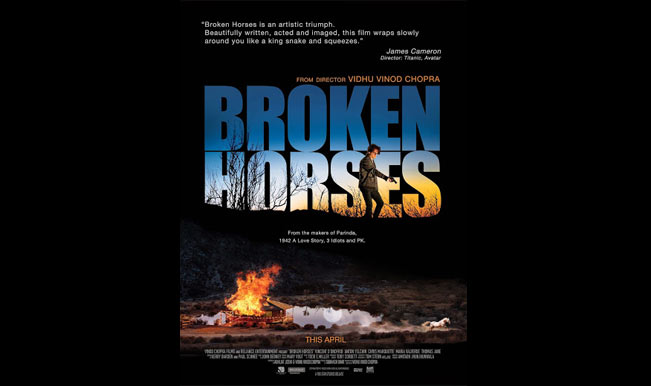 The teaser of Indian filmmaker Vidhu Vinod Chopra’s much awaited film “Broken Horses” is out. Starring Vincent D’Onofrio, Anton Yelchin, Chris Marquette, Maria Velverde, Sean Patrick Flanery and Thomas Jane, the story of Broken Horses revolves around the bonds of brotherhood. Broken Horses is Chopra’s Hollywood directorial debut and the trailer promises high-end drama and power-packed action. The epic thriller is said to be about laws of loyalty and futility of violence. Also Read - Chetan Bhagat Trends on Twitter After He Calls Vidhu Vinod Chopra a Bully, Says 'He Drove Me Close to Suicide'

Chopra, who has made a mark in Bollywood with films like “3 Idiots” and “Munna Bhai M.B.B.S,” is all set to take the Hollywood to storm with “Broken Horses.” Also Read - Shikara Box Office Collection Day 2: Sadia-Aadil Khan's Film Gains Momentum, Mints Rs 3.05 Crore

Celebrated filmmaker Vidhu Vinod Chopra’s Hollywood film “Broken Horses” will release on April 10 next year. He says the movie was quite a challenge. “Making a film in Hollywood was extremely challenging, it’s the first time ever that an Indian has co-written, directed and produced a Hollywood film,” the “1942: A Love Story” director said in a statement. (With Inputs from IANS)