Can you figure out whose legs are in front and whose behind in this couple hugging picture?

There are times when the internet absolutely, totally and completely stumps you! The picture of this couple is one such example. The picture has been going viral online since it was shared on the popular viral content site Imgur and since then, users are just trying to figure out how is the pic. Who is who and who is hugging whom? This pic can test the best of minds and you’ll keep staring for more than a few moments while trying to figure it out. The pic is deceptively simple – a couple hugging at the beach. But one look at the legs and bam! Your bran goes into overdrive trying to understand how the pic works!

[ALSO READ: Aww! These cute ducks going to work will remind you of your morning rush – but in a good way!]

The confusing picture has already received 1.6 million views as people try to figure it out. Users are going gaga commenting on it and trying to understand it. In the picture, the body of the girl hugging seems to be behind the guy but her legs seem to be in the front! Also, the legs seem inverted which is so not how they should be! It’s really confusing. While in the first go, you might think the guy has lifted the girl off her feet, you soon realise that’s not the case either. It’s seriously crazy with users admitting to spending minutes just staring at the pic, trying to figure it out. However, like in most ridiculous puzzles, the answer is simple! 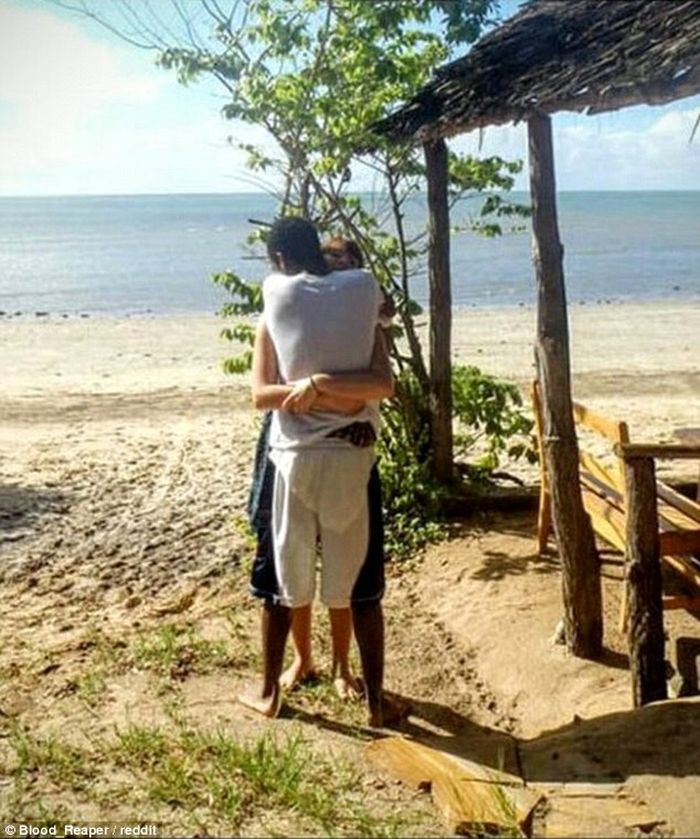 [ALSO READ: OMG! Over 20,00 Honey-bees chased a car for one day as their queen bee was stuck inside!]

The guy’s shorts in the pic are dual-coloured. Black on the outside and white on the inside! So try seeing just the bottom of the pic and focus on the shorts. The girls legs are right in the middle and the guys legs on the outside. Once you figure it out, it’s really simple. According to a Reddit user – The guy is wearing shorts that are black and white. The girl is wearing a black dress, which gives the illusion that the black part of the shorts goes higher than the white part, but it’s just her dress making it look that way! Well, the pic sure made us scratch our brains and spend some time trying to figure out just what was going on!

So, did you figure it out? Or are you still scratching your brains? If the second option, scroll to the bottom to see the pic and get your ‘ahh’ moment! Recently, there was another pic of a simple wall with a rock in the middle that went viral as people could see a cigar poking out from it! It was simply an illusion – but quite an interesting one! These illusions are quite fun and keep us engaged and our mind confused for hours! Did you find this interesting? Or have you seen something that was more fun? Let us know about the craziest illusions you’ve ever come across in comments below! 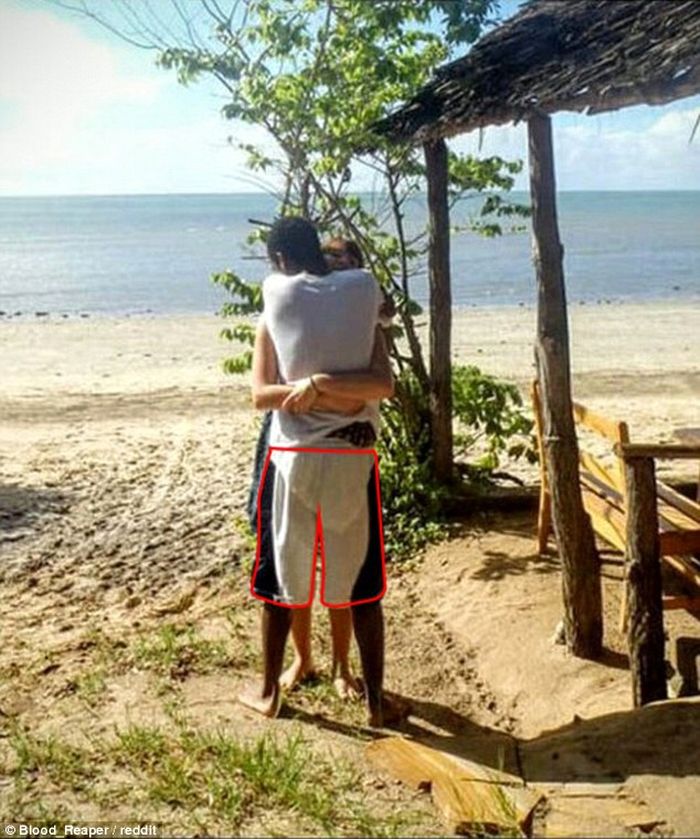