Carpooling Much! Florida Driver Loses Control of His Car, Drives it Into House Pool

On Thursday, a driver in Florida accidentally drove his car into a swimming pool of a house.

On Thursday, a driver in Florida accidentally drove his car into a swimming pool of a house. Now, the pictures of the incident have gone viral on social media leaving people into splits. Facebook user Hillsborough County Sheriff’s office shared the photos of the incident. In the photos, the car can be seen floating in the pool. In the post, it clarifies that the driver has hit the gas instead of brakes while he was trying to avoid a car. Fortunately, neither the driver nor the owner of the house was injured in the incident. Also Read - Car Fraud: Noida Man Steals His Own Car with Duplicate Keys After Selling it Online, Arrested

The post reads, “OOPS! That’s not where this goes. A driver accidentally drove into a pool when trying to avoid a car then hitting the gas instead of the brakes. Luckily, there were no injuries but next time, it might be better to grab your swim trunks instead. #teamhcso #SheriffChadChronister (sic)” Also Read - Pet Cat Brings Home Two-Headed Snake, Leaves Florida Family in Shock

Blas Simon, house owner said to Fox 13, “I was in the kitchen cooking lunch, and it almost sounded like it was a plane that landed in my yard.” He added, “I looked and you could see a massive splash. I ran out to see if he was OK, and he was climbing out of the sunroof.” Also Read - Florida Man Uses Coronavirus Relief Fund to Buy a $318,000 Lamborghini, Gets Caught After Car Crash

He further said, “The car’s sunroof was the only thing above water in my 5.5-feet deep pool. Though no one was hurt, I had been trimming the pants in the yard about an hour earlier.”

The post has so far received 165 comments and 203 shares. One user wrote, “I’ve been driving for 28 years and never once have I mistaken the gas for the brake.” While the other commented, “Gotta be drunk to go that far and end up in a pool. Know how I know? Guy was drunk when he parked in my pool.” 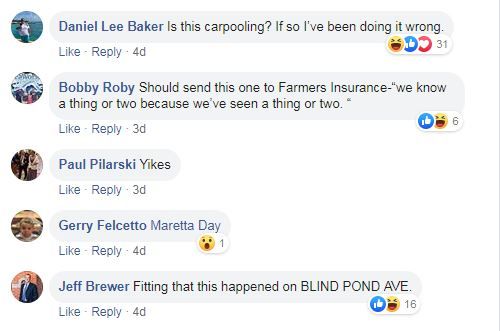 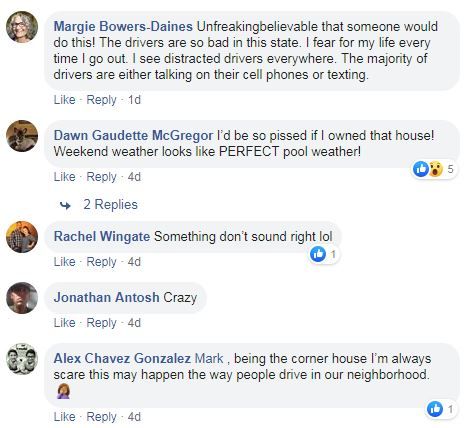 However, Simon was shocked at first sight but was happy that no one got injured in the incident.