Preparations for the wedding of Mukesh and Nita Ambani’s son Akash Ambani with Shloka Mehta are complete, and guests have begun to arrive at the venue where the ceremony will be conducted. The venue where the marriage will be conducted has been tastefully decorated with exotic pink, white and magenta flowers. The Ambanis, who were dressed in different hues of pink, looked elegant as they greeted their guests, among them former UN Secretary General Ban Ki-Moon and his wife Yoo Soon-taek and former British PM Tony Blair and his wife Cherie Blair.Also Read - 'Baahar Badi Star Banti Hai, Hum Dikhate Hain Isko..': Fatima Sana Shaikh Opens Up About Bullying as a Child Artist

With the pre-wedding festivities like mehendi and sangeet ceremony already concluded, reports revealed that following the ceremony called ‘Assembly of Baraat’ held at the Trident Hotel in Bandra Kurla complex, the next would be ‘Baraat Swagat’ and High Tea at 6:30 pm, with the family welcoming the guests and close friends. Also Read - Mukesh Ambani's Antilia Has Flowers And Marble That Need AC, Reveals The Family Man Actor Shreya Dhanwanthary 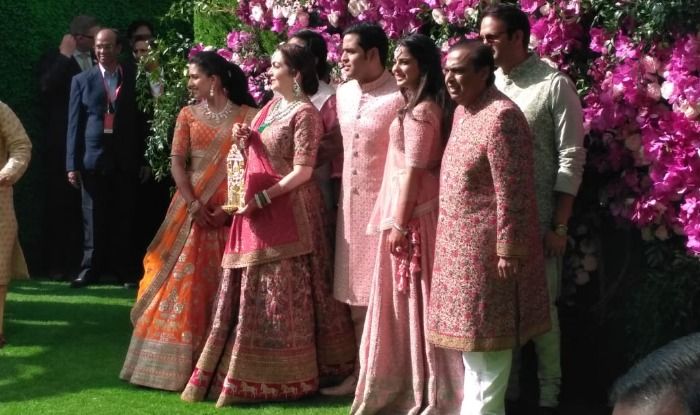 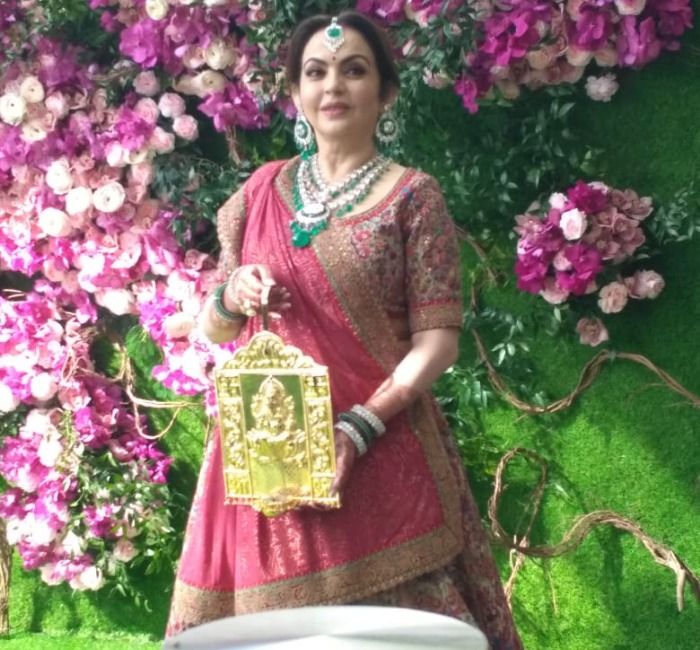 Akash, who was accompanied by his parents Nita and Mukesh, sister Isha and brother in law Anand Piramal also started the ceremony by paying his respects to his paternal and maternal grandfathers Dhirubhai Ambani and Ravindrabhai Dalal.

Apart from Ban Ki-Moon and Tony Blair, Bollywood celebrities and others have started arriving at the venue. Actor Aamir Khan and his wife Kiran Rao, singer Vishal Dadlani and Sri Lankan cricket coach and former cricketer Mahela Jayawardene were among the first to be clicked. They were followed by Shah Rukh Khan and his wife Gauri Khan, Sachin Tendulkar and his wife Anjali Tendulkar, and Priyanka Chopra with her mother and brother.

#Mumbai: Mukesh & Nita Ambani with family at the wedding ceremony of their son Akash Ambani with Shloka Mehta. The couple will tie the knot today in Mumbai. pic.twitter.com/4DzEia2UhZ

The pictures and the videos from the venue are already going viral on social media. The grandeur of the wedding is visible in the clips and pictures with stunning flowers and artifacts used to decorate the venue.