Chennai floods could have been avoided, say experts (Watch Video)

There were faults at various level which led to the disaster of the city, but the main reasons were illegal constructions, choking of water bodies exits present in the city and badly planned or unimplemented projects.

Chennai: The catastrophic rains that killed more than 269 people over the last 20 days and displaced more than millions could have been avoided. This is not a natural disaster as explained by the experts and they clearly blame the poor urban planning for this devastation. Though financial aid and medical help can provide respite for the initial period, but what the city needs a proper planning in place. (ALSO READ: Chennai rains exposes vulnerability of urban India falling prey to catastrophic disasters. Here’s why!) Also Read - Brace Yourself As India to Have a Colder & Harsher Winter Than Usual This Year | Here's The Reason

Explaining the reasons for city got covered under the rain water, experts say that there were faults at various level which led to the disaster of the city. One of the reason could be the severe El Nino wave, considered to the strongest been recorded. The upper air divergence and the high moisture content can be the second reason. But, the main reason lie beyond these explanations. Due to the heavy rains, 30,000 cusecs litres of water was released from Chembarambakam reservoir to the Adyar river and same was released by Poondi and Puzahal reservoirs into the rivers which pass within the city. (ALSO READ: Chennai rains: Failure of drainage system, urbanisation behind floods?) Also Read - June This Year Was Hottest June Ever, Says NASA 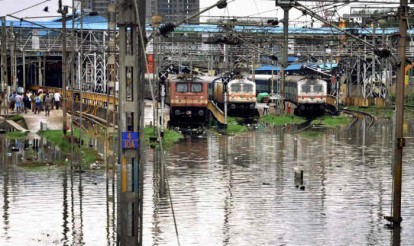 Also Read - Monsoon Rains to be 'Below Normal', Falling 7% Short of Usual Precipitation 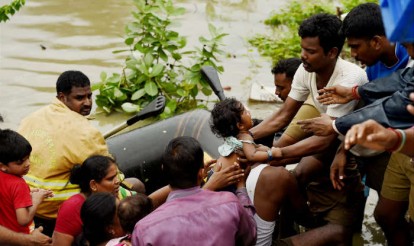 So what happened next? Where would the excess water go? It was bound to flood the city. But wait, another reasons that caused the disaster were illegal constructions, choking of water bodies exits present in the city and badly planned or unimplemented projects. According to the report submitted by the Chennai Metropolitan Development Authority to the Madras High Court, more than 1.5 million illegal constructions over last two decades have closed down 300 water bodies in Chennai alone. Also, looking the some of the important drainage plane and urban planning plans, they were never implemented. So do we still need to blame was it a natural disaster or man-made? Watch this video for more information done by Indian Express.