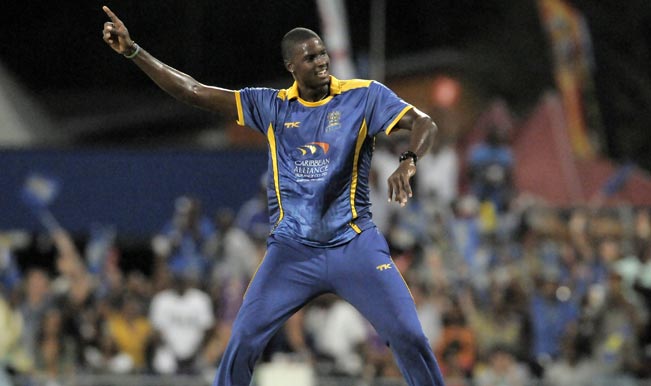 Barbados Tridents will take on the Cape Cobras in their second game of the season and a win at Mohali will help them open their points tally in the Champions League T20 2014 group stage. The tournament has been equally disappointing for the Cobras so far and failure to beat the Tridents on Friday will crush any possibility of nicking a semifinal berth. Here we take a look at the important players from both the teams who are likely to make a difference in the game. Also Read - BAR vs SLZ Dream11 Team Prediction CPL T20 2020: Captain, Fantasy Cricket Tips For Today's Barbados Tridents vs St Lucia Zouks Match at Queen’s Park Oval, Trinidad 7:30 PM IST August 30

Hashim Amla: Amla hasn’t been in the best of forms this season , but there is no doubt over his mastery of his art. He is one of the best batsman in the world right now. He knows how to pace his innings and can attack when it’s necessary. He would look to make a statement in this game and make some contribution to the fortunes of his team. Also Read - SKN vs BAR Dream11 Team Prediction CPL T20 2020: Captain, Fantasy Cricket Tips For Today's St Kitts and Nevis Patriots vs Barbados Tridents Match at Queen’s Park Oval, Trinidad 7:30 PM IST August 25

Robin Peterson: A spinner who is also capable of displaying his prowess with the bat is always a welcome addition in subcontinent conditions. Peterson is a very dangerous player for any opposition, as he is someone who can take the game away from you rather easily. The 35-year-old can also be useful with the ball, picking up wickets at important juncture of times and will play a crucial role if Cobras are to succeed in this game. Also Read - SLZ vs BAR Dream11 Team Prediction CPL T20 2020: Captain, Fantasy Cricket Tips For Today's St Lucia Zouks vs Barbados Tridents Match at Brian Lara Stadium, Trinidad 7:30 PM IST August 20

Richard Levi: Richard Levi showed signs of his destructive self in the last game against the Hobart Hurricanes but got out at the wrong time. The 26-year-old would like to make amends by trying to stay on till the end this time around making a better score for himself and his team. He can literally destroy a bowling lineup when he is the mood, and the Tridents would be wary of that fact.

James Franklin: Franklin is one the few players in the team, who can genuinely use the bat to good effect. He is also useful with the ball and will have to play a similar role that Peterson could play for the Cobras. He has international experience, something not many players in the Tridents squad can boast of. Franklin will like to make full use of that experience and guide his team to victory.

Jason Holder: Jason Holder is used to playing in the Indian Condition with all the opportunities in the Indian Premier League (IPL). He knows what is required from a fast bowler to succeed in these conditions and he would like to make full use of it. He is tall and can extract bounce out of nothing. He will be important for the Tridents considering the fact that Rampaul struggled in the last game.