CLT20 2014, Cape Cobras vs Hobart Hurricanes: Top 5 players to watch out for in Group B Match 6

Both the teams have a wide range of impact players in their squad, and here we take a look at the number of players that will leave a lasting impact on this game. 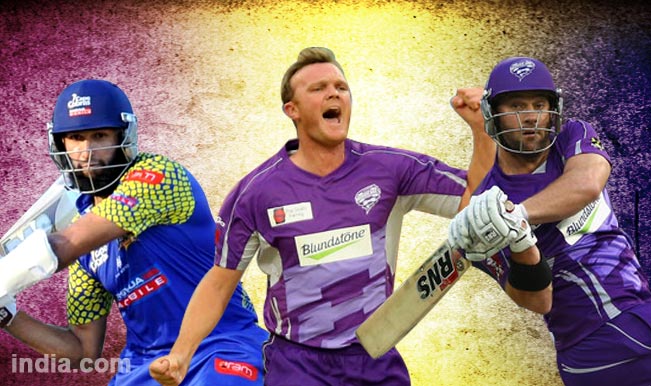 Cape Cobras will take on the Hobart Hurricanes in their second fixture of this season of the CL T20. Both the teams have lost their first match of the season and will be looking to make a comeback with a victory in the second game. While Cobras lost due to a dismal performance against the Northern Knights, Hurricanes were grounded bybthe unstoppable Kins XI Punjab in their first game. Both the teams have a wide range of impact players in their squad, and here we take a look at the number of players that will leave a lasting impact on this game. Also Read - India vs West Indies 2014: Sunil Narine withdrawn from West Indies squad after being reported over illegal bowling action

1. Travis Birt: Birt’s performance in the first game was rather average considering the reputation that he has set for himself. Although the performance was below par, he did show the fans what he is capable of doing as he hit the Kings XI spinners for some massive sixes. He can score quickly and T20 is his forte. You must look forward to this guy for a lasting impact on this game. Also Read - Chennai Super Kings (CSK) beat Kolkata Knight Riders (KKR) in CLT20 2014 final: 7 interesting stats

2. Doug Bollinger: Bollinger almost ran through the destructive batting line up that the Punjab team had in the last game. He is one bowler that has the tendency of not only stopping the flow of runs, but also pick up wickets at important points of the game. He is their strike bowler along with Hilfenhaus and he will have an important job at his hand.

3. Hashim Amla: Currently the most consistent batsman in the world, Hashim Amla is one of those players who can pace his innins according to the requirement of his team. He is dependable and has the tendency of playing those impact innings every now and then. Williamson played an important innings against them the last innings and Amla can play a very similar innings too.

4. Vernon Philander: Philander is an exceptional swing bowler and considering the fact that the two Kiwi bowlers Southee and Boult have garnered exceptional success using that weapon, Philander will be a very dangerous component in this match. His job will be to pick early wickets and he is more than capable of doing that.

5. Richard Levi: Levi is a destroyer and is very useful at the top of the order. It has been quite a long time since he has fired and  one feels that the time might be near. Levi has the record of the fastest International t20 century to his name, and the opposition should always be wary of this guy.