CLT20 2014, Chennai Super Kings vs Dolphins: Top 5 players to watch out for in Group A Match 8

CSK & Dolphins face-off in their second Group A game of Champions League T20 2014. 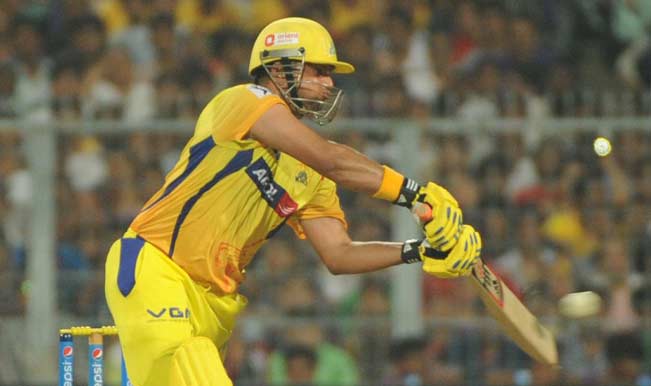 Chennai Super Kings will take on the Dolphins in the second game of their CL T20 campaign after getting off to a losing start against the Kolkata Knight Riders in their first game. The Dolphins too are playing their second game of the tournament and the South African outfit would also look to register their first victory following their defeat to the Perth Scorchers. Here we take a look at some of the impact players from both the teams in this game. Also Read - IPL 2020: Records MS Dhoni Can Break And What to Expect From Chennai Super Kings

Suresh Raina: Suresh Raina is the most consistent player that T20 format has seen so far. He has been Chennai’s maon player for almost 7 years now and his aim this time around would again be to take his team to a better finish. He can literally manufacture shots out of nothing and there is hardly anything that passes his bat after he gets his eye in. Also Read - Harbhajan Singh Reacts on CSK Missing Him And Suresh Raina Ahead of The IPL 2020 Opener vs MI

Brendon McCullum: McCullum is the among the most destructive players that one can find in the shorter format of the game. He is responsible  for giving his team a good start and he accomplished that in the last game. He can get his team off to a flyer and can very soon make a team believe that all is over even before it has actually happened. Also Read - IPL 2020: Fans Welcome MS Dhoni Ahead of Season Opener vs Mumbai Indians in Abu Dhabi, Welcome Back Dhoni Becomes Country's Top Trend

Dwayne Bravo: Bravo is back into the side after an injury and he looks as fit as ever. He is someone that can genuinely play a match winning role with both bat and ball. Hs performance in the first game was encouraging and I those are signs to be believed, brighter things are on the horizon for the Super Kings.

Morne Wan Wyk: One of the few players with some international experience in the side, Van Wyk is an aggressive wicket keeper batsman who can dominate a bowling line up if he wants to. His contribution has became very important to the side since some star players like David Miller and Lonwabo Tsosobe are missing from the squad.  He will have the responsibility of the batting line up on his shoulders.

Kyle Abbot: Abbot is the Dolphins front line bowler and he would have in mind the responsibility that comes along with it. He has to fill in the shoes of Lonwabo Tsotsobe, a job that is not easily accomplished. The team wil depend heavily on him for early wickets and he will know that very well.