Both teams have a bunch of fascinating players in their respective squads and have an ability to take the game away from opposition. 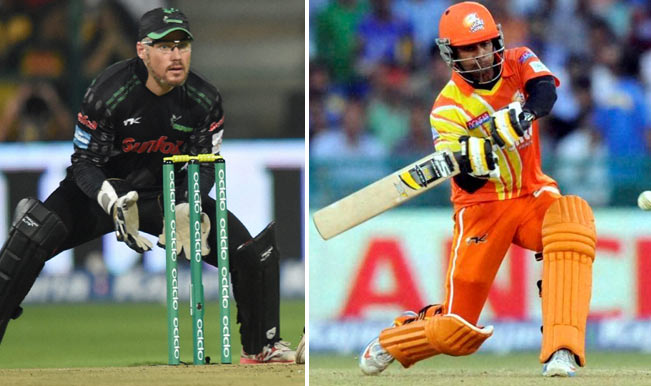 Lahore Lions will be itching to go out and perform against Dolphins after their contest against Chennai Super Kings at Bangalore was washed out. Lions will be looking to win their remaining two fixtures comprehensively to make a place in semis. On the other hand Dolphins suffered two morale crushing defeats against Perth Scorchers (PRS) and Chennai Super Kings (CSK) and will be eager to bounce back. Both teams have a bunch of fascinating players in their respective squads and have an ability to take the game away from opposition. As both teams get set for an important clash in group A, we take a look at five players who can help their side excel. Also Read - India vs West Indies 2014: Sunil Narine withdrawn from West Indies squad after being reported over illegal bowling action

1. Ahmed Shehzad: Aggressive, stylish and courageous aptly describe the style of play Ahmed Shehzad has on offer. This right-hander doesn’t mind going against the bowlers from ball one and uses fielding restrictions very much to his favour. Shehzad has an ability to put opposition under mat early on and dominate the proceedings. He is surely a player to watch out for and that too on a batting paradise like M Chinnaswamy. Also Read - Chennai Super Kings (CSK) beat Kolkata Knight Riders (KKR) in CLT20 2014 final: 7 interesting stats

2. Mohahamad Hafeez: Former Pakistan T20 captain is in charge of Lahore Lions and is a central figure in their line-up. Hafeez is not only essential as captain, but because of his all-round abilities as well. He is main stay of Lions batting, besides a handy off spinner. Hafeez is one important all-rounder in the team who can dazzle with both bat and ball.

3. Umar Akmal: Glittering in the Lions middle order is talented Umar Akmal. The attacking right-hand batsman is key in terms of providing impetus to the Lions batting. Unleashed often towards to the death of the innings, Akmal fills in as the potential finisher.

4.  Morne Van Wyk: Dolphins captain Morne Van Wyk opens batting for his team and will be indispensable if Dolphins need to win this fixture. Van Wyk has been quiet with his bat so far, but he can be destructive at the top.

5.  Keshav Maharaj: Another all-rounder to watch out for in this fixture will be Keshav Maharaj. He comes in the team as a middle-order batsman and slow left-arm orthodox bowler. He is key in both the departments for Dolphins and will be looked upon to deliver against Lions.