Copa America 2015: Edinson Cavani sent off after getting his anus fingered by Chile player

The Copa America 2015 season has already heated up with the sending off Uruguayan striker Edison Cavani was sent off from the match against Chile on Wednesday. 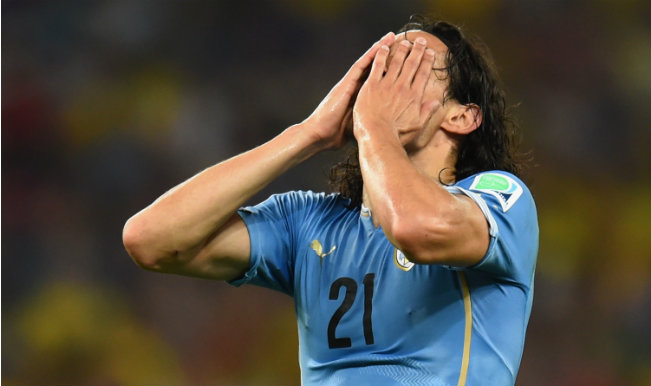 The Copa America 2015 season has already heated up with the sending off Uruguayan striker Edinson Cavani was sent off from the match against Chile on Wednesday. Chile defender came and poked his finger in Cavani’s anus for which he got slapped by the Uruguayan. Also Read - Luis Suarez Wins Joan Gamper Trophy For Barca in Final Seconds

While the referee missed the first half of the action, he saw the Chile defender doing a dramatic fall after getting a light slap from Cavani. He was initially given a yellow card. But after that, the Uruguayan player got mighty pissed at the referee which earned him a red card. Also Read - Hernan Gomez Sacked as Ecuador's Head Coach Over Disappointing Copa America Campaign

A massive verbal fight started on the pitch following that as the Uruguayan players tried to stop Cavani. Watch the full video here and let us know your opinion on our comments section. (Also Read: Chile beat Uruguay 1-0 to reach Copa America 2015 semifinals)