Deepika Padukone in HT Summit 2014 on cleavage controversy says, “Everyone is entitled to an opinion of their own!”

Deepika Padukone, in an exclusive interview at the Hindustan Times Leadership Summit 2014, reflects on her reaction during the cleavage controversy. 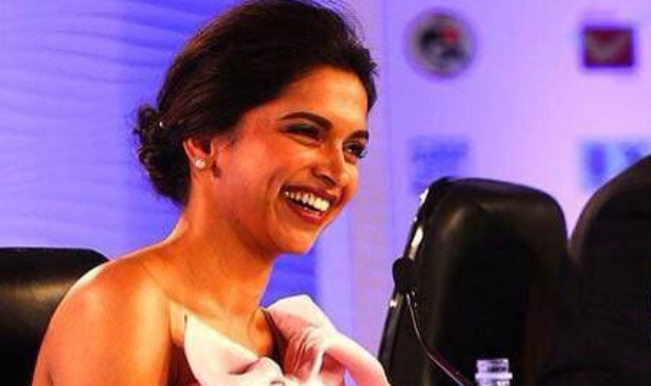 We are all well aware of the Deepika Padukone cleavage controversy saga which went on and on and on! The issue was blown out of proportion. Deepika Padukone’s cleavage controversy just doesn’t seem to end. With The Times of India and the actress coming out with their points of view on the incident, the heat of the episode just increased further. While the actress posted a long allegation against The Times of India on her Facebook Page and made headlines for TOI’s rival Hindustan Times, TOI has revealed their stand asking the actress how is it that she is fine with exposing her cleavage for magazine covers and photoshoots but created a hullabaloo about The Times of India‘s tweets. Also Read - Deepika Padukone's Father Prakash Padukone Hospitalised After Testing Covid-19 Positive, Mother, Sister Test Positive Too

B-townies like Shah Rukh Khan, Alia Bhatt, Sophie Choudry, Priyanka Chopra and Arjun Rampal had praised the victim for giving the newspaper a tit for tat. Celebrated media journalists like Rajdeep Sardesai and Barkha Dutt had also given Deepika a thumbs up. Also Read - Mini Mathur Gives Back To Troll Who Asks If Kabir Khan is Bankrupt After Ranveer Singh's 83

In the video below, Deepika Padukone, in an exclusive interview at the Hindustan Times Leadership Summit 2014, reflects on her reaction during the cleavage controversy, and how overwhelmed she was by the support of her co-workers and fans on social media.