This is the most important breaking news on the internet ever. No seriously we are not kidding because this piece of news will take down the entire internet by storm. Our very own YouTube star Dhinchak Pooja’s videos from YouTube have disappeared from her YouTube Channel. If you search for Dhinchak Pooja’s channel on YouTube you will be greeted with her official profile but no videos. Apparently after getting a scare of arrest by Delhi Police for riding a scooter without a helmet on Delhi roads now Dhinchal Pooja has to face the ordeal of losing her videos. The profile still shows 12 videos and 178,996 subscribers but no videos and somebody named Kathappa Singh is to be blamed or rather thanked for this breakthrough. Twitter users are rejoicing at the deletion of Dhinchak Pooja’s videos from YouTube. Also Read - Republic Day 2021: How To Download And Send Themed WhatsApp Stickers | Steps Here

According to speculations Dhinchak Pooja’s videos have been taken down due to some copyright issues claimed by a person called Kathappa Singh. Not Katappa, but Kathappa. This good man has taken an onus for the entire country but the big question still remains, who is this man. There is no further information about the man who did a favour on the entire country. The speculations are rife on what measures he must have employed to remove the irritating songs from the YouTube. Psy’s Gangnam Style Is No Longer The Most Watched YouTube Video, Charlie Puth’s See You Again Featuring Wiz Khalifa From Furious 7 Beats It Hands Down Also Read - Twitter to Launch New Emoji Ahead of Republic Day | Check it Out Here 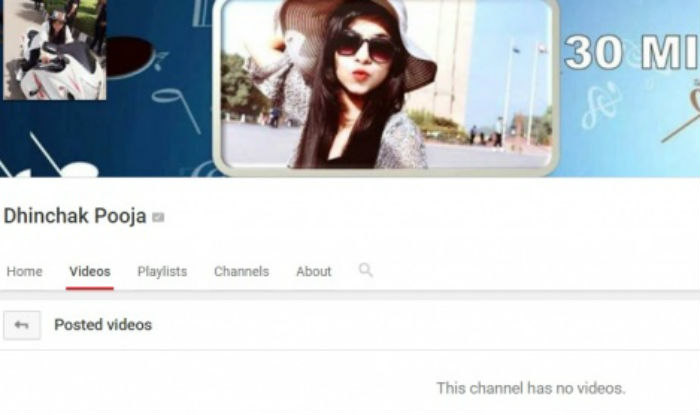 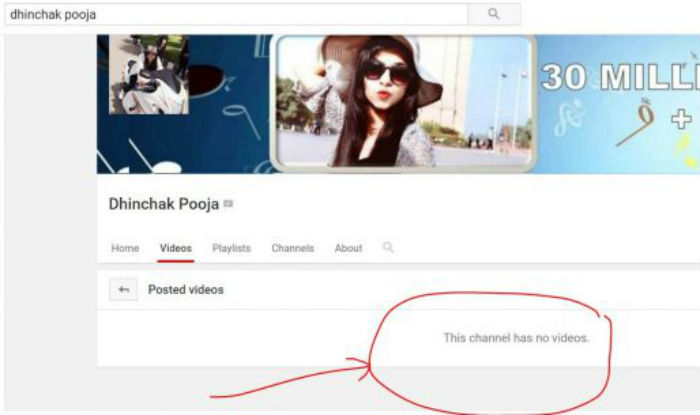 If you try to play one of the videos this is the message that crops up. 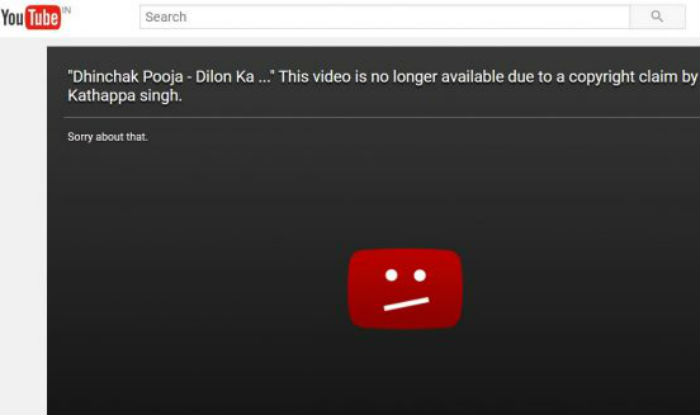 Twitter obviously is having a gala time at the expense of poor Dhinchak Pooja who has been trending for this ordeal of hers. Check out some tweets below:

Dhinchak Pooja’s videos have been deleted from Youtube because of copyright issues. Only Dhinchak Pooja can steal such shitty music.

Dhinchak Pooja has deleted all her songs from YouTube.
Acche din have finally arrived! pic.twitter.com/RMIp8q4OuF

Dhinchak Pooja has deleted all her songs from YouTube.
Acche din have finally arrived! pic.twitter.com/RMIp8q4OuF

Apparently after killing Baahubali, Katappa has now killed Dhinchak Pooja? All her videos have been deleted from youtube pic.twitter.com/kbA3KBFsdo

With no Regards
Victims of your shitty music.

The story is still evolving and the real reason for YouTube to delete Dhinchak Pooja’s videos will eventually come out, till then hold your breath!