Dia Mirza gets trolled for her Holi Tweet: Do you think the actress is a hypocrite? (Watch Video)

Dia Mirza is a hypocrite? Twitterati calls her so and Know why? 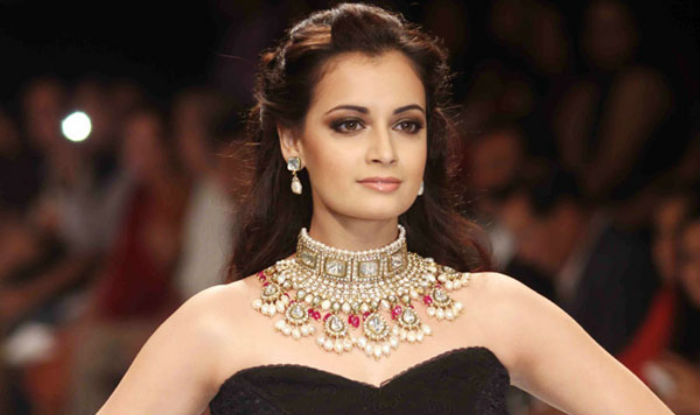 Social media has taken over all modes of conversation in today’s time. It is not only an effective way to communicate but also has its own list of pros and cons. Having understood the impact of social media, celebs these days have taken to this new platform to voice their opinions and interact with their fans. But, sometimes they do get trolled for their posts and become a laughing stock for everyone. Recently, Dia Mirza became a victim of one such troll after she got attacked for posting a message to save water on Holi.(ALSO READ:Receiving lot of love from people of Iran: Dia Mirza) Also Read - Mom-to-be Dia Mirza Doing Mild Workout At Her House Is An Inspiration For Many, Watch Video

Since the festival of colors is round the corner, the actress decided to spread a social message to her fans. She tweeted, “The irony of the times we live in: farmers commit suicide due to drought and people waste water to ‘play’ #Holi.Go ahead call me anti-Hindu.” Also Read - Dia Mirza Gives Back To Troll Who Questioned Her Pregnancy, Says 'Didn’t Marry Because I Was Expecting'

The irony of the times we live in: farmers commit suicide due to drought and people waste water to ‘play’ #Holi.Go ahead call me anti-Hindu.

Contrary to her wishes, Dia got trolled and was called as a hypocrite instead. Things got ugly when she was being reminded of her past Holi celebrations and also the pending hefty water bill from the Hyderabad Metropolitan Water Supply. It didn’t end here; Dia was also taken back to the times when she performed on rain dances using fake rains. (ALSO READ: Bollywood star Dia Mirza interviews Malala Yousafzai’s father Ziauddin Yousafzai: Read excerpts from the chat)

Dia Mirza’s attempt to spread a good message went for a toss. But the actress knew how to end the whole ranting and clarified that she plays Holi every year but doesn’t use water for the same.

Of course I play holi:) I love the festival. But play only with colour no water. https://t.co/5HW27KtEmq

Dia also shared a message stating that people in India fail to understand the difference between usage and wastage.

How will we overcome, evolve and progress as people if we don’t understand the simple difference between usage and wastage? #WeAreStupid

Watch the video here that calls Dia Mirza, a hypocrite. Do you think she is one? Share your views in the comment section below.