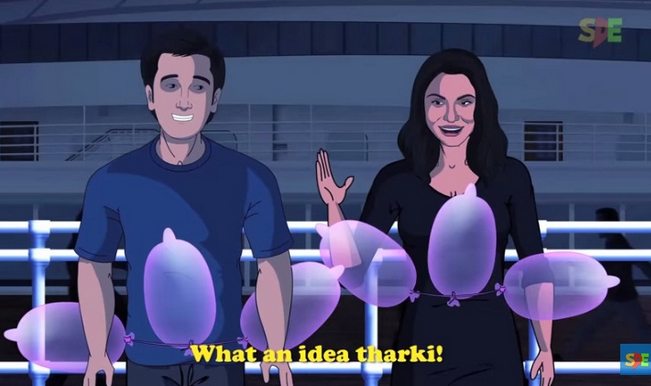 Also Read - Arjun Kapoor In The Weekend Interview: I Am Not A Bad Actor | Exclusive

Dil Dhadakne Do, Zoya Akhtar’s blockbuster movie that starred an ensemble cast of Priyanka Chopra, Ranveer Singh, Anushka Sharma, Anil Kapoor, Shefali Shah and Rahul Bose, did quite well at the box office. Audiences enjoyed watching the story of the Mehra family and their friends on a cruise. And so, iss film ka spoof toh banta hai! And where there’s a spoof, there is Shudh Desi Endings. Also Read - Watch Interview: Arjun Kapoor on Film Choices, Reuniting With Ranveer Singh And Ek Villain 2

Shudh Desi Endings have also mixed a little bit of the movie PK in it, which they had spoofed earlier. But adding PK in Dil Dhadakne Do was easy, as PK i.e. Aamir Khan stars as the dog Pluto in Dil Dhadakne Do. References to Ranveer Singh’s Durex condom ad Do the Rex are also there, and also a hint about Ranveer and Anushka Sharma’s love affair during their movie Band Baaja Baaraat. Some one-liners like, “What an idea, tharki!” are also good.