If the visuals of superstar Rajesh Khanna licking Pakistani actor Sarah Khan in a movie titled Wafaa churned your stomach, here's Om Puri seen doing the same act with none other than Mallika Shera 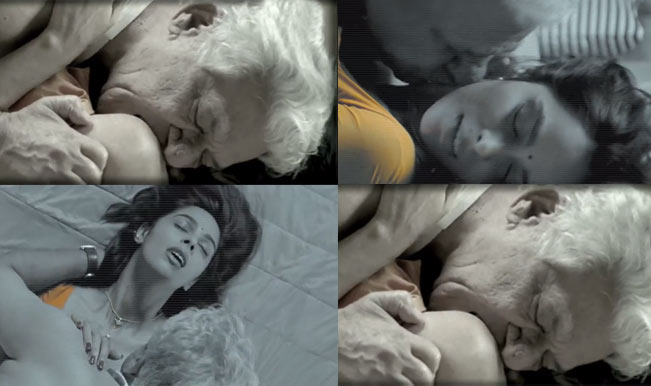 If the visuals of superstar Rajesh Khanna licking Pakistani actor Sarah Khan in a movie titled Wafaa churned your stomach, here’s Om Puri seen doing the same act with none other than Mallika Sherawat that will make you feel like throwing up!. In this political drama aptly titled ‘Dirty Politic’s (an obvious reference to, if not inspired from, Vidya Balan’s The Dirty Picture)  you will see diplomacy, dirt and mud-slining as politics gets exposed in a total B-grade style. Honestly speaking, going by the trailer this movie looks like a shady b-grade venture. Now the question remains how the makers of this dirty drama (oops we got carried away by the title, you see) manged pull in an impressive star cast comprising Om Puri, Anupam Kher, Naseeruddin Shah, Ashutosh Rana. That Mallika is part of this projects is not a surprise for us, for the obvious reasons! Also Read - Anupam Kher Gets Emotional After Meeting Neetu Kapoor in Chandigarh Without Rishi Kapoor

Directed by KC Bokadia Dirty Politics is about a woman using her sexuality to move up the ladder in the dirty dungeons of politics. Loud as it can get, this drama shows Mallika mouthing popular lines that are as original as they are intelligent. Sample this: yeh toh sirf trailer hai, film toh baki hai… Also Read - Naseeruddin Shah’s Son Vivaan Shah Tests Positive For COVID-19, Actor Says 'I Am Not Well'

Watch the trailer and tell us if Om Puri has done justice to the act that Rajesh Khanna gave us some years back. Also tell us if Puri managed to turn your right over with his licking business even if Mallika is seen moaning with pleasure. wink!