The year 2016 has witnessed several small screen celebrities wedding and it was quite a lucky year for them.

The year 2016 has witnessed several small screen celebrities wedding and it was quite a lucky year for them. Several TV celebs had a star studded guest list along with a lavish party, while some of them had a low-key affair. Many love birds of television industry also had a filmy style shaadi while some celebs secretly got hitched and gave an amazing surprise to their fans.Also Read - Bigg Boss Fame Sambhavna Seth Breaks Down To Tears While Talking About Her Struggles With Failed IVF Cycles 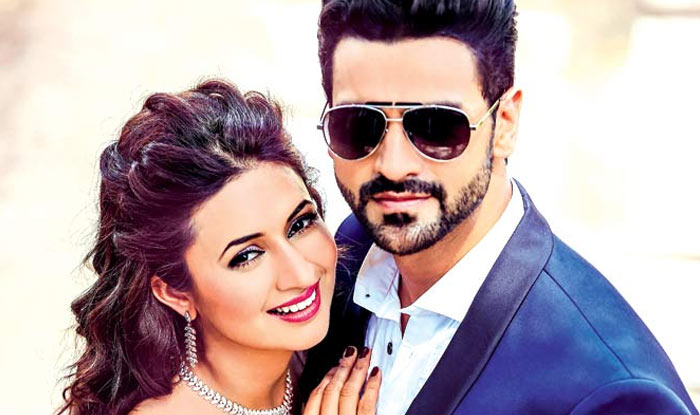 The popular telly couple Divyanka Tripathi Dahiya and Vivek Dahiya tied the nuptial knot on July 8 in Bhopal. The Yeh Hai Mohabbatein actors further even arranged a grand lavish reception party in Chandigarh on July 10 and in Mumbai on July 14 for their industry friends and colleagues. This wedding was indeed a dreamy affair. Divyanka and Vivek have a huge fan following and their fans have named them ‘DiVek‘ (Di – Divyanka and Vek – Vivek). Ever since we heard that the duo is planning to get married their fans excited with this news. 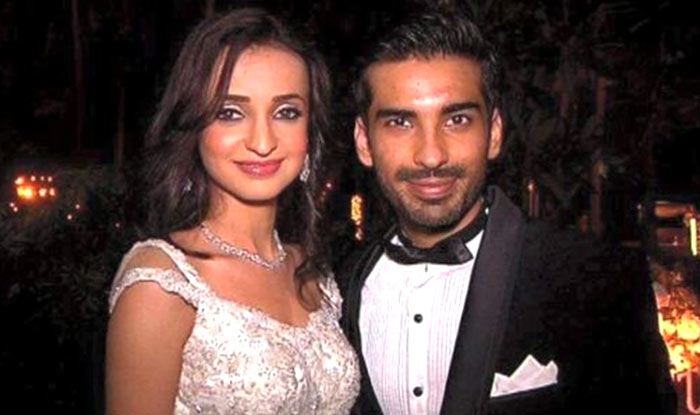 The newlyweds who had been dating ever since they met on the sets of Miley Jab Hum Tum. MoNaya- as they are popularly known as, are both travelbuffs. The couple dated for almost eight years before they decided to tie the knot. Sanaya and Mohit had a grand beach took place on January 25. The adorable newly married couple were in news for all good reasons. Each and everyone wanted to see Sanaya and Mohit’s wedding pictures and social media went gaga over it. The couple’s best friends were also present at the location to bless the duo. 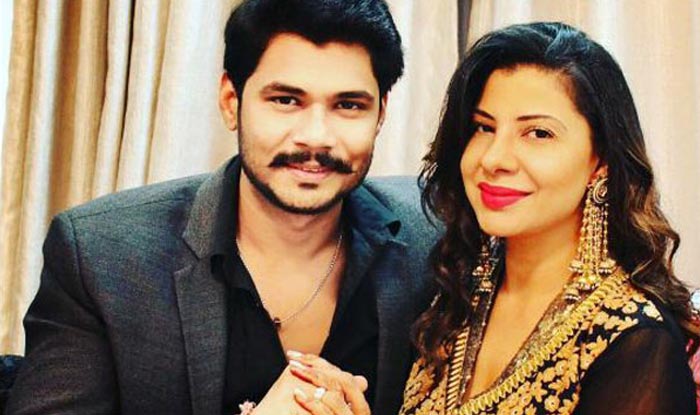 Sambhavna Seth Dwivedi got married to the love of her life, Avinash Dwivedi on July 14 in Delhi. Their wedding was a traditional private affair, with the presence of few friends and relatives. Sambhavna always kept her fans updated with the latest happenings about her pre-wedding. The actress had a pre-wedding photo shoot few days before her D-Day and posted the pictures on her social media. Sambhavna’s mehendi and sangeet was held on July 12 and July 13 respectively. The actress looked quite happy and decorated her hands with mehendi which had her husband’s name on her hands. The mehendi ceremony took place at Rajouri Garden, Delhi. The lovebirds met on the sets of the dance reality show and decided to take their relationship on the next level. 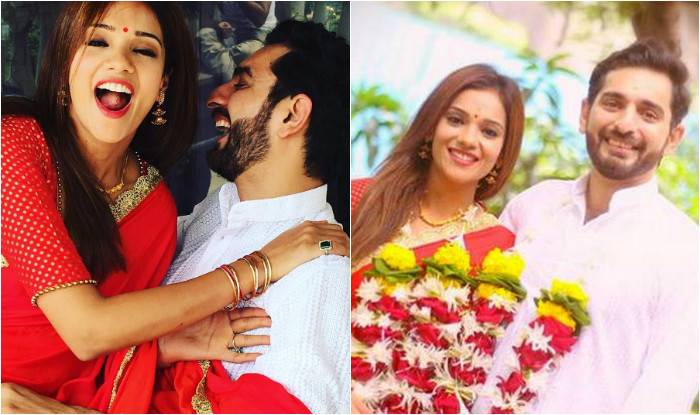 Ek Tha Raja Ek Thi Rani actor Siddhant Karnick & Dream Girl actress Megha Gupta tied the nuptial knot on Tuesday, August 16th. As per reports the couple was to all set to get married in September but the duo decided to prepone their wedding and got married two days ago. Their wedding news came as a surprise to all fans. Their marriage was a low key affair and had a registered marriage on Tuesday. Ek Tha Raja Ek Thi Rani actor Siddhant Karnick got engaged to Dream Girl actress Megha Gupta on May 12, 2016. The couple got engaged in a small private affair with close relatives and friends in attendance. The lovebirds met each other in actor Vivian Dsena’s birthday party last year. Soon after that the two became good friends and even shared their trekking experiences. 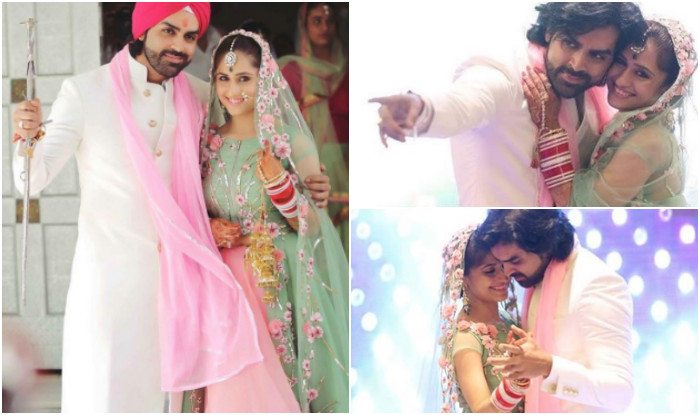 Actress Hunar Hale who recently tied the knot with her long-term beau Mayank Gandhi. The duo got married in Delhi on 28th august and had a low-key affair. The pre-wedding engagement ceremony was held on Saturday, August 27 in Delhi, followed by the mehendi and sangeet ceremonies and cocktail party. Hunar was quoted saying, “Yes, we are getting married on 28 August. We will be also having a Cocktail party and Sangeet on 26 and 27 respectively.” She further added, “We have accepted each other’s past and present and are now looking forward to nurturing a great future. We argue and fight, but by the end of the day we are alright. We know each other’s flaws and weaknesses and still find each other absolutely amazing.” 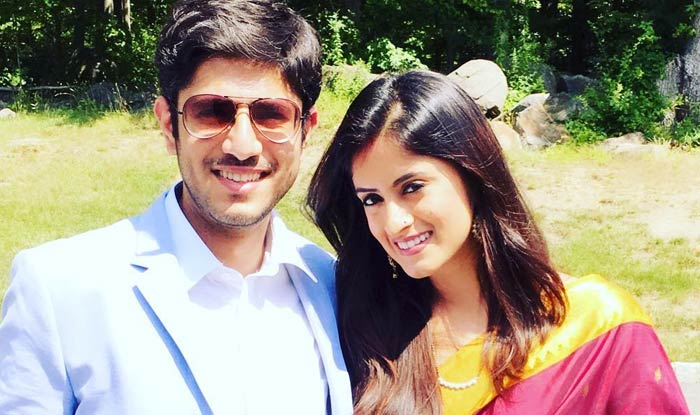 The gorgeous actress Mihika got hitched in a private affair and shocked all her fans when her wedding news broke on social media. The Television diva Mihika got married to a US-based NRI businessman on April 27, 2016 in a private ceremony. Soon, the actress shared her marital status by sharing a wedding picture on her Facebook page. 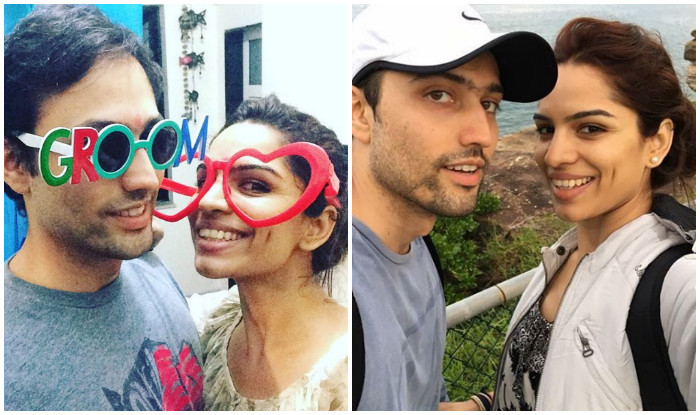 Kumkum Bhagya actress Shikha Singh aka Alia got married to her long-term beau Karan Shah on May 1, 2016. he gorgeous actress tied the nuptial knot with her pilot boyfriend, Karan Shah. The duo met each other in the gym and since they started dating each other. Finally, after dating each other for many years the couple decided to get married. Further, the bride posted her selfie picture in the traditional Gujarati wedding attire and looked quite stunning. In an interview with an entertainment portal, the actress was quoted saying, “I met Karan in the gym one day when I was helping a friend with his workout. That’s when I realised we stayed in the same building.”