Do You Know Which Are The 21 State Animals of India?

You knew India has a national animal; but we bet you did not know these state animals!

Well, you do know that Tiger is India’s national animal. But were you aware that each state of India has a distinct state animal too? Most of the animals are chosen in terms of the abundance in which they are found, natives of a particular region and endangered species. The state animals aren’t as well known as the national animal because of lack of publicity and awareness among the Indian audience. So, starting from the North, here’s a list of all the state animals of India.

A critically endangered species, the Kashmir Stag is a native of India and found only in the hilly Northern regions. The deer has brown coat and no tail. The animal is today provided protection under Project Hanul and though their numbers are still small, they are slowly being saved from extinction. 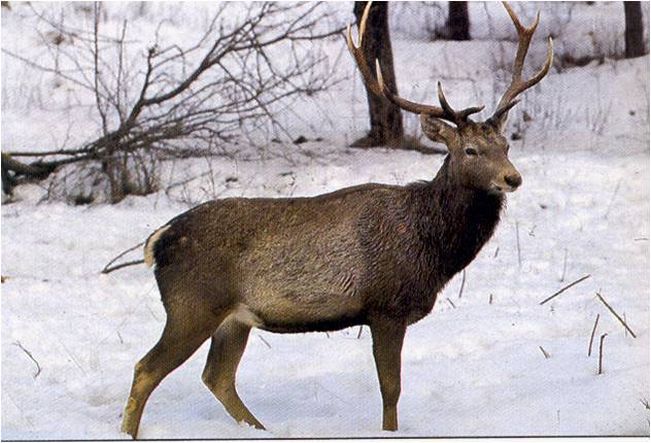 The beautiful, exotic animal is also one of the most endangered species and is found only in the extreme mountainous regions of South and East Asia. Apart from the state animal of Himachal Pradesh, the Snow Leopard is also the National Heritage Animal of Pakistan and Afghanistan. Snow Leopards cannot roar. 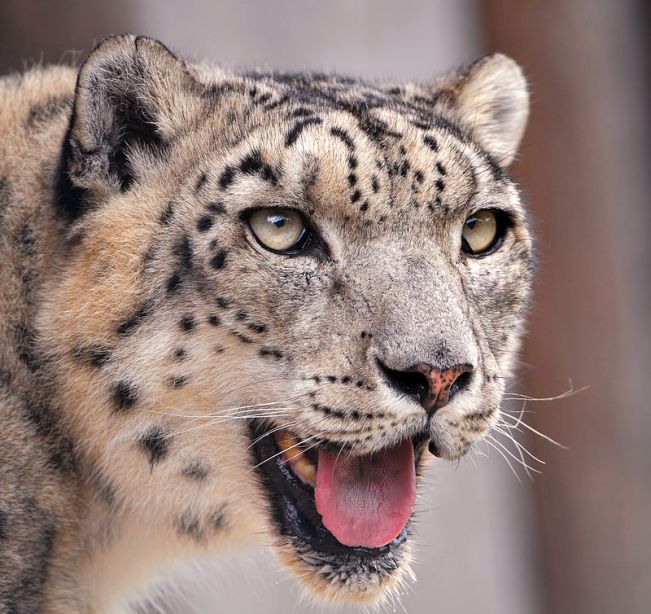 Resembling the Gazelles found in Arabian subcontinent, the Blackbuck is one of the only remaining species of the Antilope subspecies of Antelopes. The Blackbuck  is light coloured when born but turns almost black with age. Only the males have wavy horns and the females are hornless. 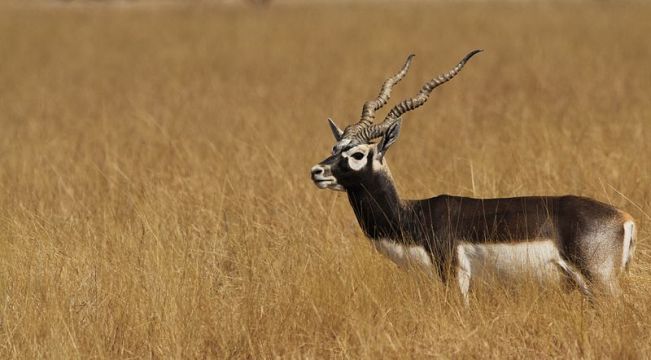 Musk Deer, called so because of their musk gland which they use to secrete the musk smell to attract females are a slowly dwindling species. The Musk Deer is found in the hilly terrains of Himalayas. The only living population of the animals is in Himalayas as the species in extinct in Europe. 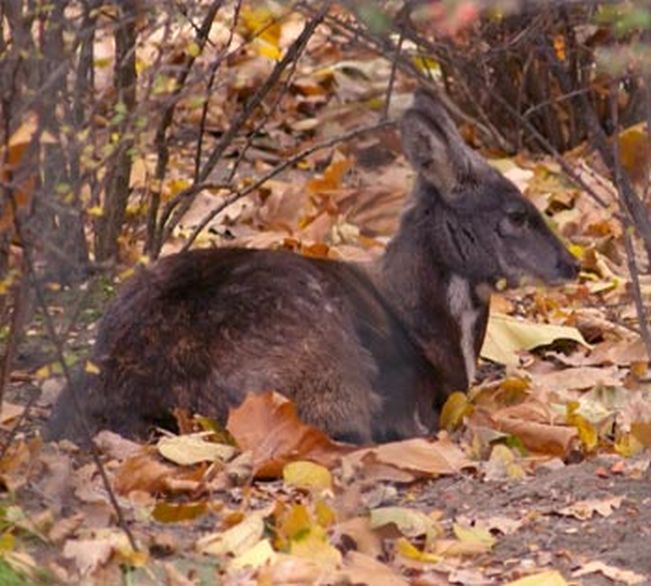 Coming as no surprise, the state animal of the Indian dessert state is the camel. Unlike the common belief, camels do not store water in their humps. The humps store fats essential for use in lean times. There are hardly any wild camels today as all the camel species have been domesticated for human use. 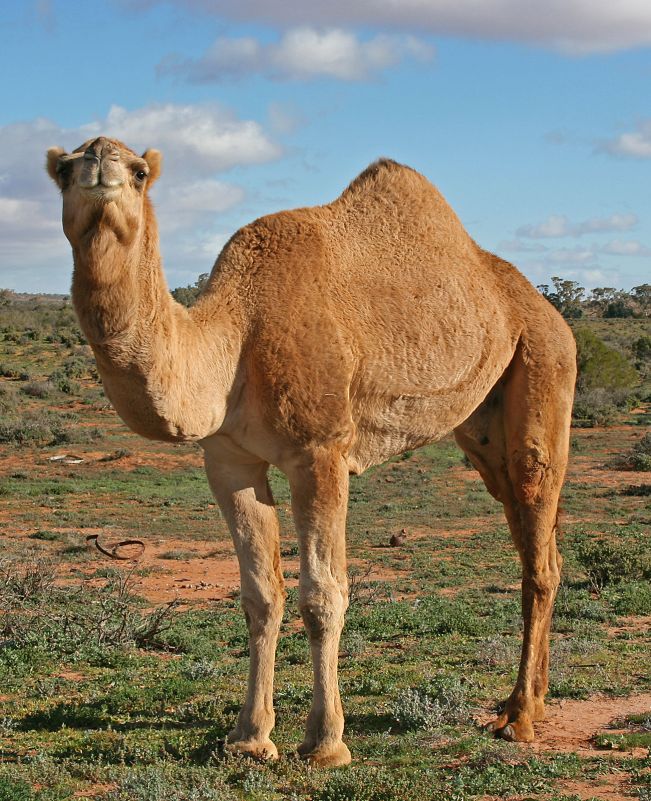 Popularly known as the Barasingha in India, the swamp deer are different from all other deer in terms that the deer have more than 3 tines in their horns. The Barasingha as the name suggests, have 12 tines or more. Barasinghas are present only in India and Nepal as the Pakistan and Bangladesh population is now extinct. 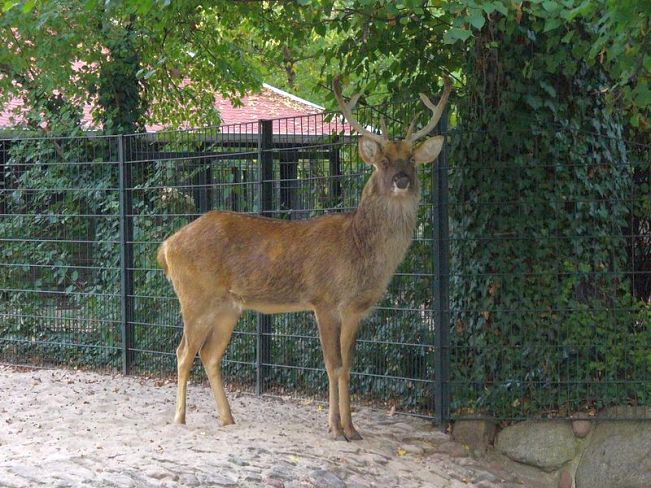 A strong and massive Indian bull, the Gaur is on the red list of extinction. Indigenous to India and some other regions of South Asia, Gaurs are predominantly wild animals. However, they can be domesticated and some gaurs are kept as cattle for transportation purposes. 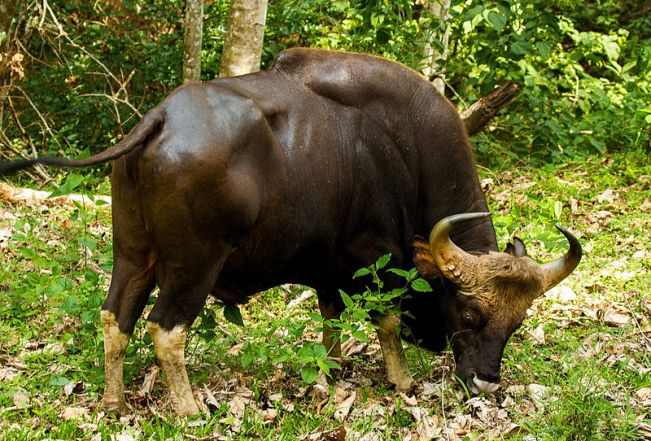 Slightly longer than a domestic cat, the red panda is super furry and has a long tail. It waddles along rather than walking due to it’s shortness. The red panda survives mainly on Bamboo but it does eat birds, eggs, insects, etc. The red panda is generally active at night and sleeps during the daytime. 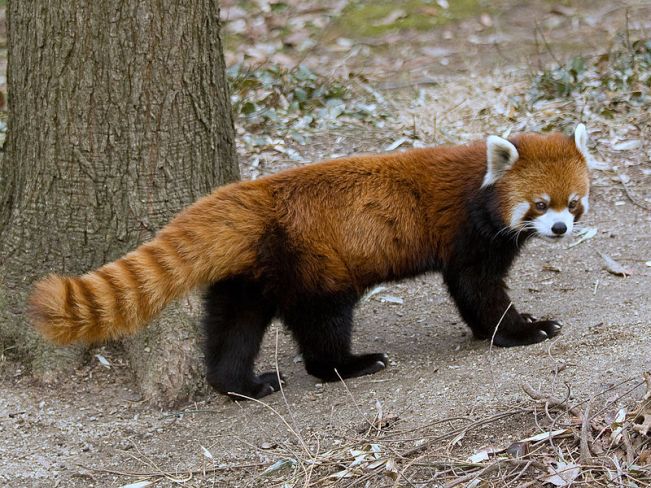 Found mostly in Assam, West Bengal and some regions of Nepal. The Rhino is pretty hairless and has a huge bulk. Except for new born rhinos, both the male and the female sport one horn on their nose, earning them their name. The Indian One Horned Rhino is a huge animal and comes second only to the Asian Elephant. 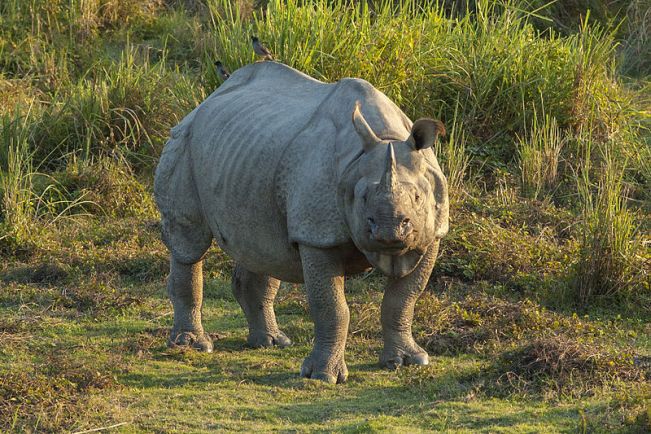 A type of large bull, the Gayal is found in North-Eastern regions of India. it is also found in Bangladesh and some parts of Burma and China. The animal is huge but unlike the Gaur, it is not as big. Gayals are domesticated animals and are also butchered for their meat. The Gayals are sheltered by the local adivasi groups and then slaughtered when the time is ripe. 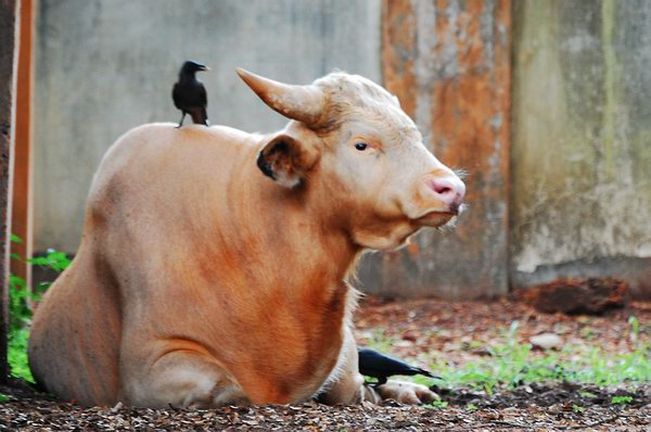 Sangai is a type of brow-antelered deer found only in the state of Manipur in India. Owing to the small population, the species had a small population. Today, thanks to encroaching and hunting, the Sangai species is almost extinct. The Sangai is a wild animal and has a life-span of upto 1o years. It is herbivorous and lives on mountain plants. 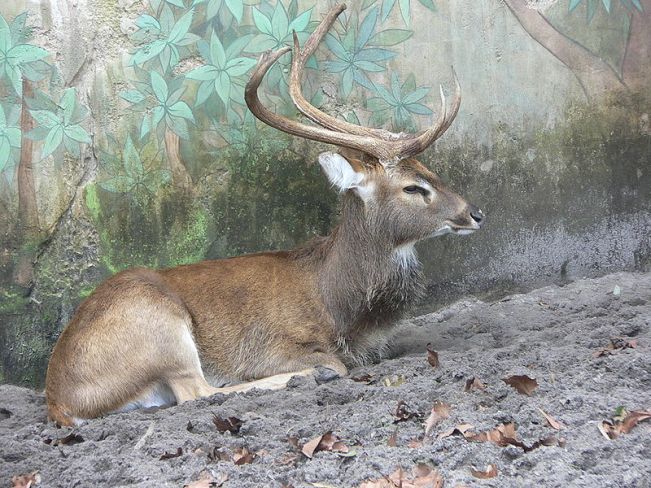 Serows are medium sized goat-like animals found in parts of Asia. Serows are slow creatures but have strong foothold which helps them survive even the high altitudes. They take shelter in caves on slopes during the extreme cold weather, Serows emit a specific scent to attract the female and for mating. 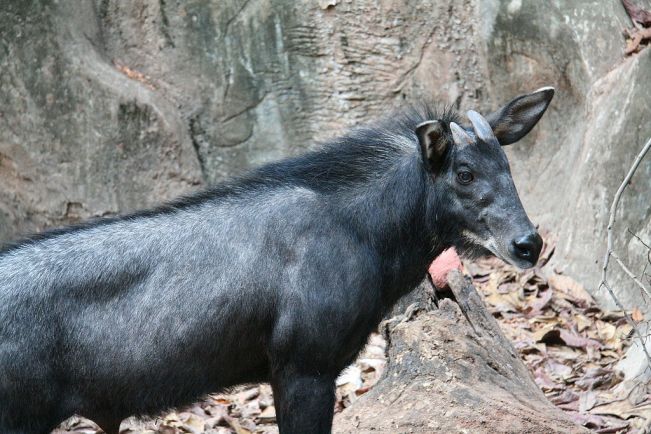 One of the most exotic and rare creatures, the Clouded Leopard is of a dark grey or yellow colour and instead of spots, has cloud like structures on it’s entire body. The spots help the animal hide effectively and give it the camouflage effect. The clouded leopard is found in the hilly terrains of South Asia and China. 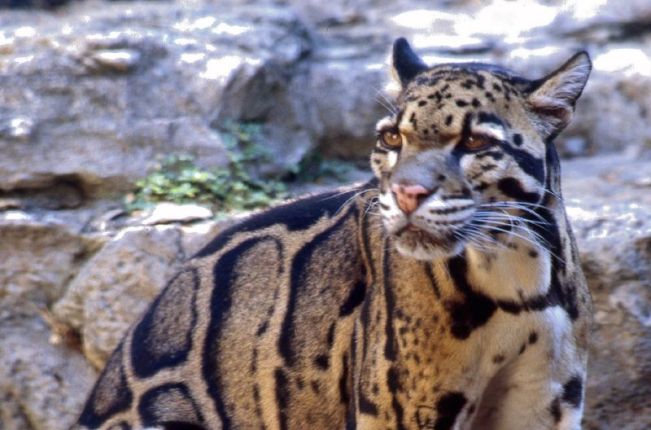 Double the size of a normal cat, the fishing cats have strong bodies and are the only type of cats that like to swim. They are primarily nocturnal. They depend on fish for food and prey in the water. They have a strong body for fishing and can hold their breath for long distances under water. 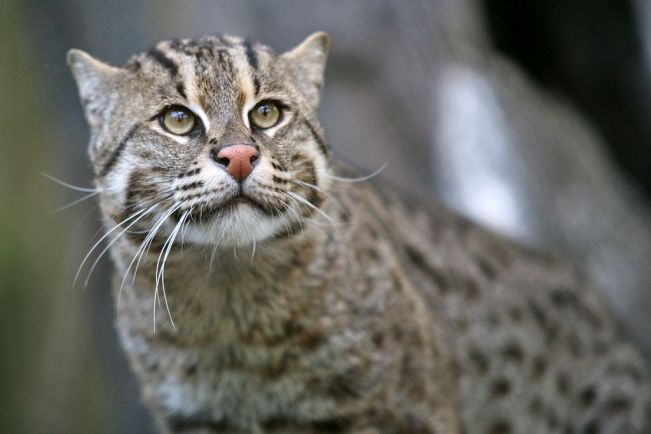 The Indian Elephant is a shared state animal between a lot of states. Primarily found in the Southern regions of India, the animal is a wild animal but is also domesticated to carry heavy loads and as a means of entertainment. Elephants in India have been hunted for their tusks and thus, their population is dwindling. 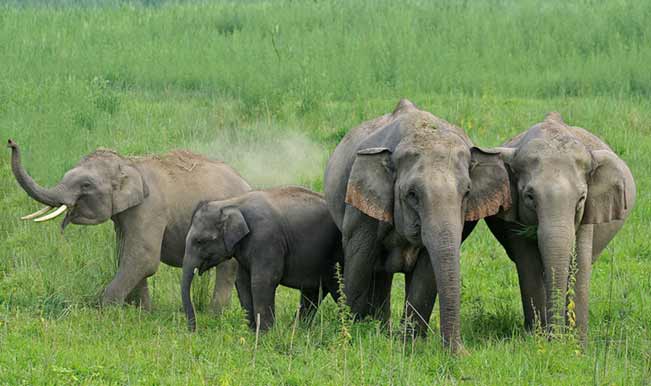 A large deer, the Sambar is known mainly for it’s huge antlers. The female Sambar is smallers than the male and Sambars live close to water bodies. The animals prefer the dense forest cover to survive and are rarely seen leave on the forest outskirts. Sambars are mainly nocturnal creatures. They are the favourite hunt for the Indian Bengal Tiger. 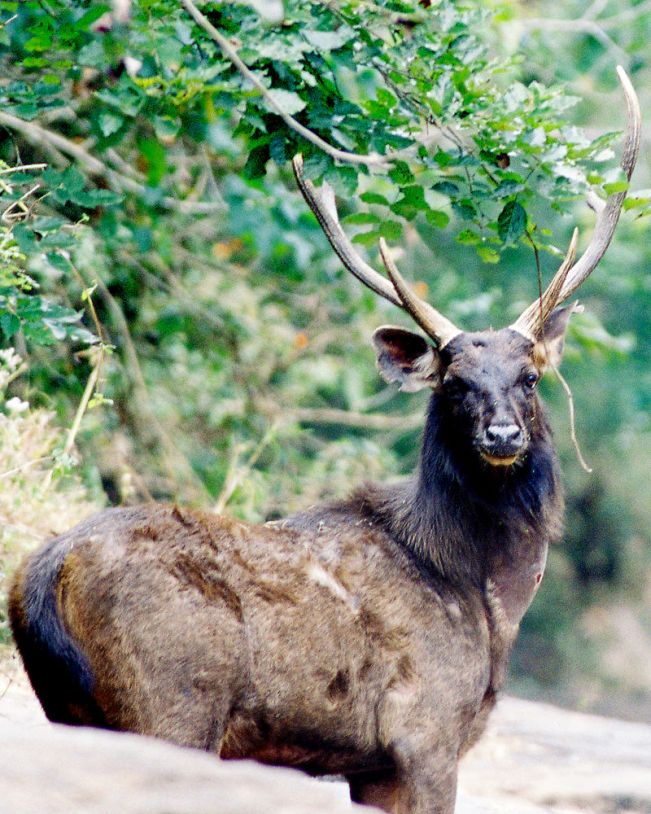 The wild buffalo is an endangered species as it’s total population is less than 4000. Wild buffalos are considerably larger than domestic buffaloes and prefer surviving on grasses and bamboos. 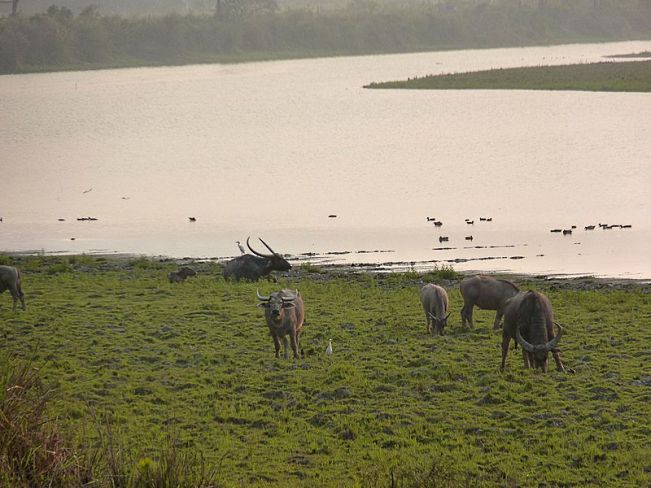 The only lion sanctuary in India, Gir, the majestic animal rules Gujarat. The Indian lion is considerably smaller in size as compared to it’s African counterpart and also has a lesser mane. As of today, the Asiatic lions are found only in the Gujarat state of India and are extinct from all other regions. 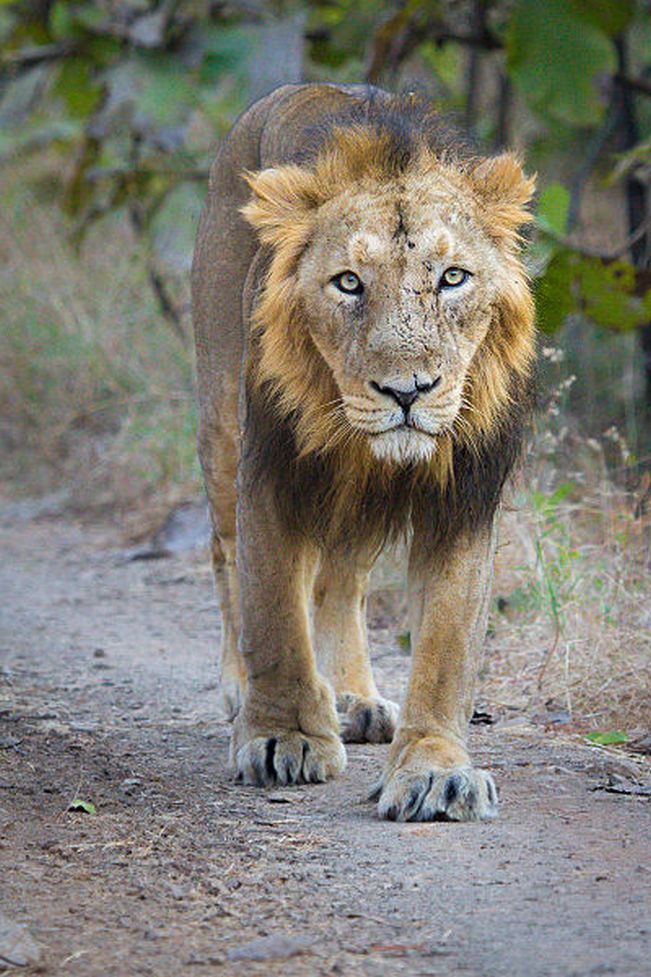 A large tree squirrel that has a 2 or 3 colour-toned body. The squirrel primarily resides on trees and lives of fruits/nuts and insects. It’s tail is considerably longer than it’s body and it travels by jumping between trees. When in danger, it flattens itself against the trunk till the predator passes by. 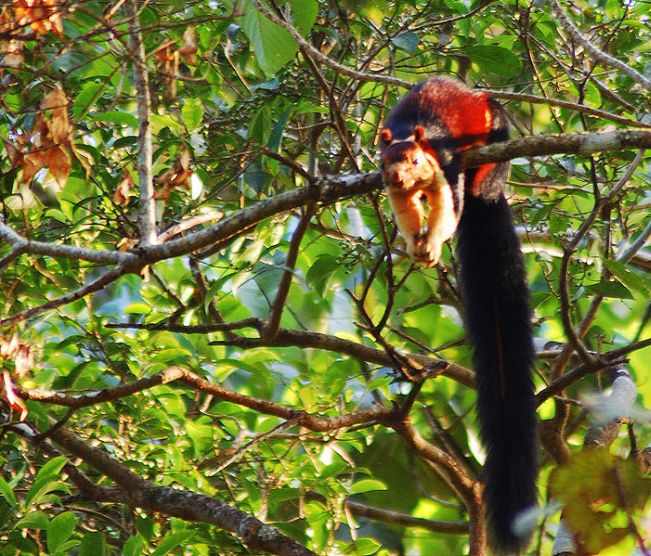 The state animal of Telangana, deer grow and shed their antlers each year! They live mostly in forests and are a hugely sub-divided species. 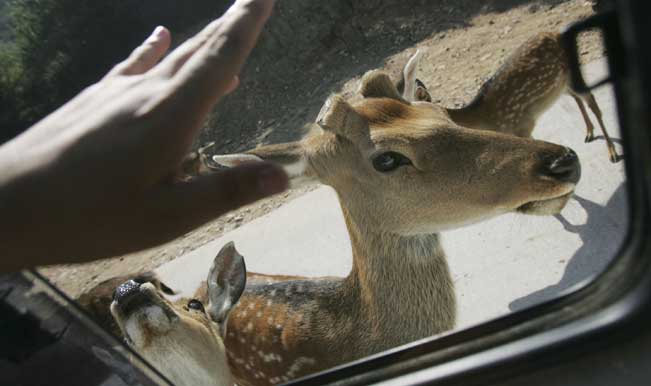 The Nilgiri Tahr is also known as Nilgiri Ibex or Ibex and it is type of sheep. The Tahr has a rough coat and a mane across it’s upper body ridge. The Nilgiri Tahrs have curved horns that make them distinct and the males are larger and darker in colour than females. 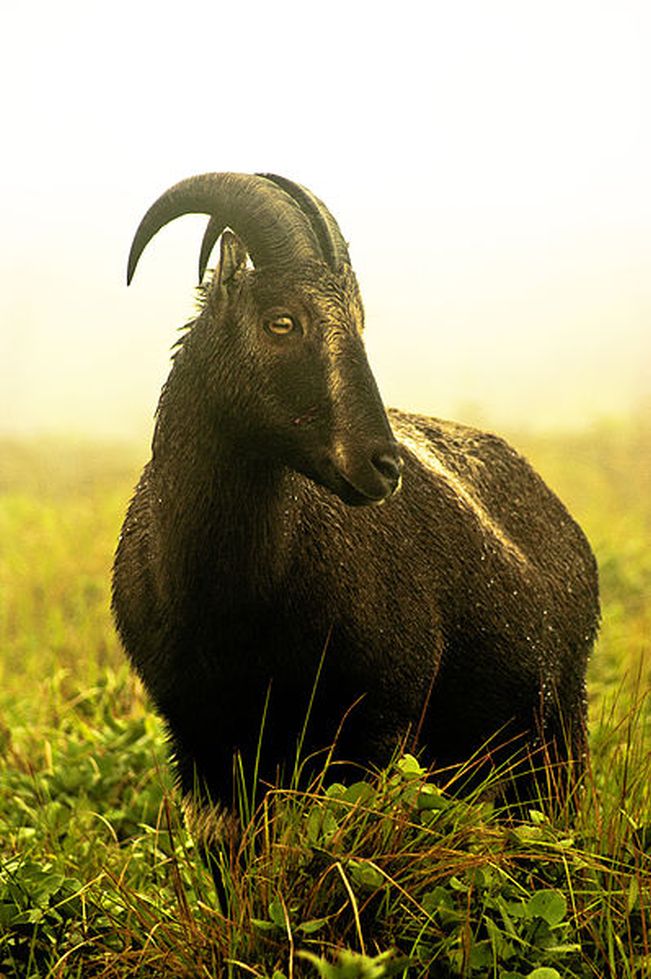