The unique agitation came after Chirag Paswan's recent remarks that such "web series create division in the society".

A dozen supporters of the LJP put photographs of actor Saif Ali Khan and director Ali Abbas Zafar, around the neck of the animals with “deshdrohi” (traitor) and “Hindu virodhi” (anti-Hindu) written on them. Rahul Kumar, one of the protesters, said “Tandav” is hurting Hindu sentiments and it is not acceptable.

“As we learnt, it has some dialogues that mock Lord Shiva and Lord Rama. Hence, the protest. Many social and political units have registered FIR against it. The LJP is against the making fun of gods and goddess of any faith,” Kumar told IANS. 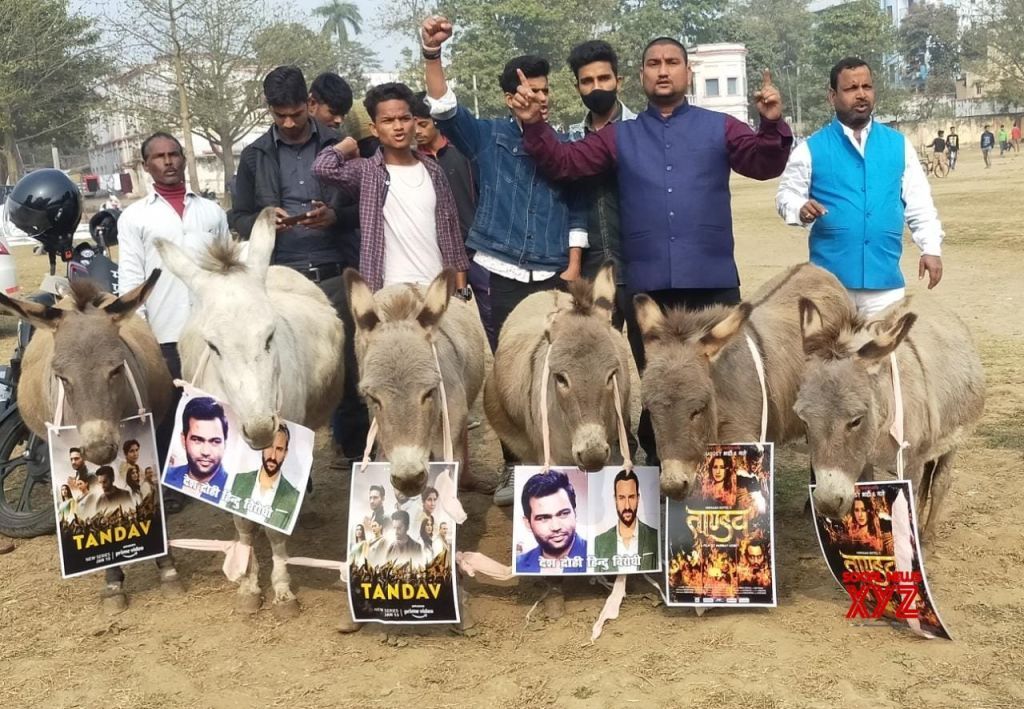 Not just Patna, around 100 Akhil Bharatiya Vidyarthi Parishad members were also involved in a protest march against Tandav in north Bihar’s Gopalganj district.

Several cases have been filed against the makers and cast of the web series in Uttar Pradesh, Madhya Pradesh and Maharashtra.

At least two scenes were removed from the nine-part starry political saga on Amazon Prime Video amid calls for boycotts, FIRs and protests over its alleged depiction of Hindu deities. The cast and crew of ‘Tandav’ have apologised and said they had decided to implement changes to address the concerns raised.

Meanwhile, a team of Uttar Pradesh Police arrived at the Mumbai residence of director Ali Abbas Zafar on Thursday to serve him a notice to appear before the investigating Officers looking into a criminal case registered against him.