he mortal remains of Dr APJ Abdul Kalam have arrived at his hometown Rameswaram from New Delhi for his funeral on July 30. 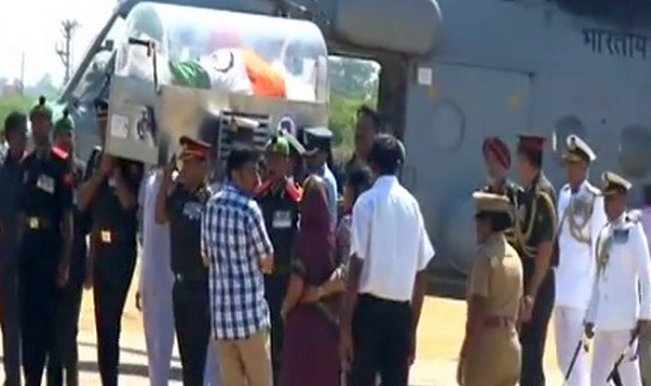 The mortal remains of Dr APJ Abdul Kalam have arrived at his hometown Rameswaram from New Delhi. Dr Kalam passed away on July 27, 2015, after a cardiac arrest at the Indian Institute of Management (IIM) Shillong. His funeral will be held tomorrow (Thursday, July 30) in Rameswaram at 11 am IST. Prime Minister Narendra Modi will be attending the last rites of the former president of India. Also Read - World Students’ Day 2020: Know the History, Importance and Inspirational Quotes by Dr APJ Abdul Kalam