A yellow Lamborghini was abandoned near India Gate, New Delhi after the driver lost control and rammed it into the road divider. 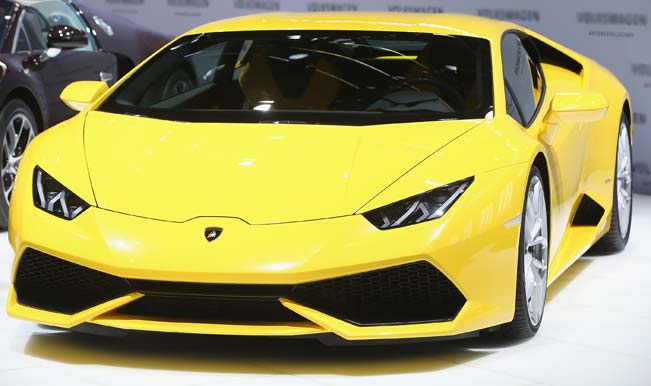 Exotic cars are a regular sight in Indian Metros. But for some bigwigs, it’s just a toy that can be abandoned. In New Delhi, someone decided to take a Lamborghini for a joy ride near India Gate and deserted the exotic car after crashing into the road divider on Wednesday night. A police officer on duty, who was witness to the accident, registered a complaint against the absconding driver/owner, charging him with section 279 (rash driving or riding on a public way) of the Indian Penal Code (IPC) at the Tilak Marg police station. [Man purposely rams car into woman’s car for minor accident! (Watch video)]. Also Read - Swanky Makeover: Railway Ministry Shares Glimpses of Futuristic New Delhi Railway Station | See Photos

The constable claimed the the car lost control and rammed into a road divider; thus totalling the vehicle. The police constable stated that the driver was very lucky to suffer no harm before fleeing from the scene. On further investigation, the car reportedly does not have a registration number; making it difficult for the police officials to zero in on the owner/driver. This news comes less than a week after Times Now editor in chief Arnab Goswami had filed a case against a Lamborghini Huracan driver in Mumbai. Reports suggest that the authorities are now trying to identify with the registration documents which they found inside the car. The damaged front tyres made it impossible for the car to move and it was eventually towed away by a pickup truck. Also Read - Delhi Airport's Terminal 3 Introduces New Passenger Tracking System

A senior police official said, “Tejpal, the police constable, claimed he saw the yellow Lamborghini, which was being driven carelessly and at a high speed, on the Outer Circle of C-Hexagon, Copernicus Marg, around 1:15 am. The car ended up hitting the pavement of a park between Copernicus Marg and Tilak Marg. The driver got down from the car and ran away.” Also Read - Why Kejriwal's Plan to Allow Hi-tech Industry is Good for Delhi