From the costumes to the props to the dance steps- everything about the song will take you back to the 90’s. 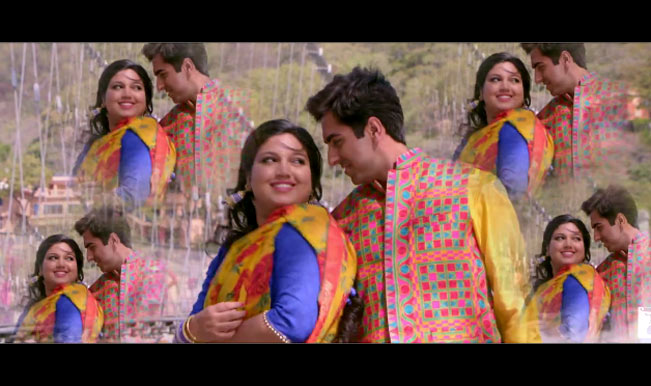 Also Read - Kumar Sanu Says he Supported Son Jaan Whenever he Could: 'He Asked me To Call a Few People I Know'

Yet another song from Ayushmann Khurrana’s Dum Laga Ke Haisha has been released. Kumar Sanu’s melodious voice would take you back to the golden era of the 90’s. Dum Laga Ke Haisha song Dard Karaara features the lead pair of the film, Aayushmann and Bhumi Pednekar who’s hilarious dance moves would tickle your funny bone. From the costumes to the props to the dance steps- everything about the song will take you back to the 90’s. If you are a huge fan of Kumar Sanu, this song will surely be on repeat on your playlist. Also Read - Jaan Kumar Sanu's Statements on Father Kumar Sanu And Rahul Vaidya After Eviction From Bigg Boss 14

If the trailer is anything to go by, Dum Laga Ke Haisha seems to be a total paisa vasool film! Soon after entertaining us with Hawaizaada, Ayushmann Khurrana is all set to hold the attention of viewers yet again with Dum Laga Ke Haisha. Ayushmann plays Prem Prakash Tiwari in the film. Just like every other guy, he wants to marry a beautiful and slim bride but unfortunately his parents force him to tie the knot with Sandhya who is a 22-year-old overweight and a not-so-beautiful woman. The movie is all about how their unlikely union culminates into a successful marriage.

We wonder if Bheja Fry director Sharat Katariya will impress the audience yet again with this Ayushmann Khurrana and Bhumi Pednekar-starrer. Produced by Maneesh Sharma, Dum Laga Ke Haisha is slated to hit the movie screens on February 27, 2015.

Listen to Dum Laga Ke Haisha song Dard Karaara in the player below aand rewind to the 90’s!