We told you how excited were we to see Kumar Sanu--the king of melody who rocker the 90's with his chatr-busters--making  a comeback in Ayushmann Khurrana starrer Dum Laga Ke Haisha. And here's t 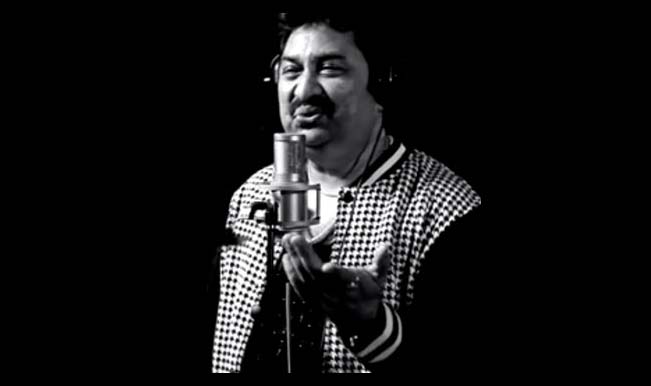 We told you how excited were we to see Kumar Sanu–the king of melody who rocker the 90’s with his chatr-busters–making  a comeback in Ayushmann Khurrana starrer Dum Laga Ke Haisha. And here’s the much awaited track that will cast a spell on the music aficionados, especially those who have grown up watching the sappy sentimental dramas of the 90’s.  So why did Sanu was roped in for this praticular movie, we wondered. Also Read - Durgamati Trailer: Bhumi Pednekar Impresses in This Not-so-Scary Drama With a Haunted Haveli, Wandering Soul And Political Conspiracy

It is the 1990s, the tape-cassette is dying, CDs will soon be the rage and a regular arranged marriage will turn out to be a perfect mismatch. He is a shy music buff who runs a tape recording shop in Haridwar. She likes to dance to the band tunes at her own wedding. He has nightmares about drawing a blank at his English exam. She is about to carve a niche for herself as a teacher. Also Read - Kumar Sanu Says he Supported Son Jaan Whenever he Could: 'He Asked me To Call a Few People I Know'

But now, they are married and they are supposed to spend a lifetime together – and he is still trying to find balance on their scooter ride together. From overcoming his fear of the English language to dealing with an overbearing father, he discovers that his oversized wife, who he thought was a spanner in his spool, will actually lead him to something quite cool.

Produced by Maneesh Sharma, Dum Laga Ke Haisha is directed by Sharat Katariya and stars the talented Ayushmann Khurrana as Prem and YRF’s new find from one of its own Bhumi Pednekar, previously part of YRF’s Casting division, as Sandhya.

Tu song captures our lead star lost in the hope and longings of the romantic lover he only hoped for but never quite attained. Take a look