Have you seen Dum Laga Ke Haisha's trailer yet? We think it's super cute! 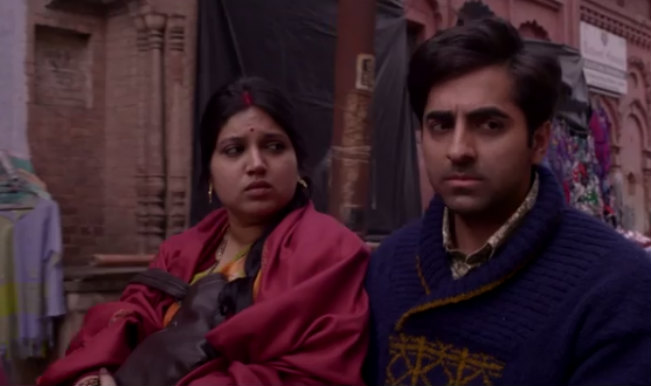 Soon after entertaining us with Hawaizaada, Ayushmann Khurrana is all set to hold the attention of the viewers yet again with Dum Laga Ke Haisha. Ayushmann plays Prem Prakash Tiwari in the film who just like every other guy wants to marry a beautiful bride but unfortunately his parents force him to tie the knot with Sandhya who is a 22 year old overweight and a not-so-beautiful woman. The movie is all about how their unlikely marriage culminates into a successful marriage. Also Read - Sushant Day: Kangana Ranaut Launches Attack on Karan Johar, YRF, Mahesh Bhatt, Says 'I Regret Not Being There For You'

Remember how YRF made Parineeti Chopra go from being fat to fit for her debut venture Ladies Vs Ricky Bahl? Well, Sandhya a.k.a Bhumi Pednekar has broken all records as she plays an ‘unsexy’ role in Yash Raj’s next. Well, isn’t it cool that Bollywood is experimenting and entering new territories?

We wonder if Bheja Fry director Sharat Katariya will impress the audience yet again with this Ayushmann Khurrana and Bhumi Pednekar starrer. Produced by Maneesh Sharma, Dum Laga Ke Haisha is slated to hit the movie screens on February 27, 2015. Celebrated singer Kumar Sanu is doing a cameo in DLKH.

Have you seen Dum Laga Ke Haisha‘s trailer yet? We think it’s super cute! To know how the strange couple discovers love, you will have to wait till 27th February. Until then watch the trailer of Dum Laga Ke Haisha in the player below!