Maulana Khalid Rasheed Farangi Mahli signs Fatwa to offer Eid-ul-Fitr 2020 namaz at home, reveals the nitty-gritty of performing the payers on Alvida and Id while under lockdown

With less than a week to Eid-ul-Fitr 2020 and COVID-19 cases continuing to flood in, Muslims across the country have been speculating about whether to offer the congregational namaz at Eidgah, as is customary, or whether it will be called ‘Eid Namaz’ if offered at home amid the lockdown. Asserting the importance of social distancing, Shahi Imam of Eidgah, Lucknow and Executive Member of the All India Muslim Personal Law Board, Maulana Khalid Rasheed Farangi Mahli highlighted the need to offer the namaz at home with a few pointers.Also Read - UP Elections 2022: Minister Swati Singh, Husband Daya Shankar Singh Vying For Same Seat in Lucknow. Who Will BJP Choose?

Having issued a Fatwa last week, the founder of Islamic Centre of India urged Muslims to continue staying indoors despite the festival and made it mandatory for people to offer Eid namaz as well as Alvida Jumma namaz at home, given the mosques across India will be off the limits. Alvida Jumma will be observed on May 22nd, marking the last Friday of Ramadan. Also Read - IPL 2022: Aakash Chopra Reacts on Rashid Khan Likely to go to Ahmedabad Franchise Instead of Lucknow

Speaking to india.com over the phone,  Maulana Khalid Rasheed said, “We have issued a Fatwa as well as an advisory on behalf of the Islamic Centre for India, where we have clearly mentioned that only those 4-5 people who stay in the mosques, will be offering Eid namaz inside it. Rest, all the other Muslims are advised to offer Eid namaz at their respective homes.” Also Read - Will Uttar Pradesh Impose Weekend Curfew Due to Omicron? Major Announcement Expected Today After Review Meet

The Fatwa was signed by four clerics – Maulana Khalid Rasheed Farangi Mahli, Maulana Nasrullah, Maulana Naeem-Ur-Rahman Siddiqui and Maulana Mohammad Mushtaq. Listing out the steps to offer the prayers at home, Maulana Khalid Rasheed said, “If four or more men are at home, one can lead the prayers and others can follow. In case of less than four members present in the house, normal ‘shukraana namaz’ can be offered.”

Since Eid Khutba is not memorised by all, a short clip of the same has been shared on the Islamic Centre of India website. He said, “The people can open it (khutba) from there and read it out directly.” Eid khutba is the sermon preached by an imam in a mosque at the time of the Friday noon prayer. 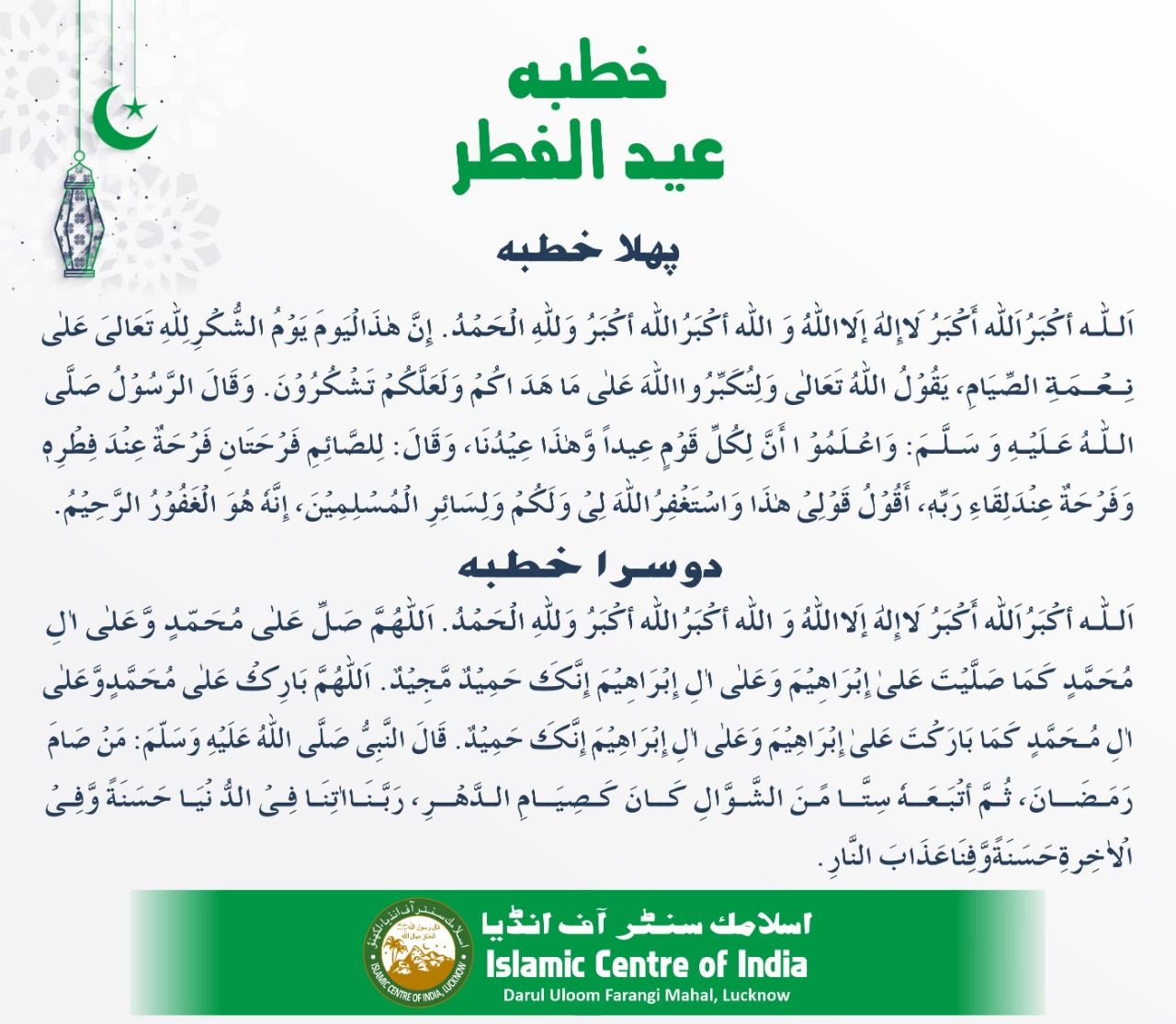 As per Maulana Khalid Rasheed, on the day of the festival the time for Eid namaz will commence from 7.30 am and will continue till 11.30 am. Appreciating the Muslim community for setting a remarkable example of social distancing by respecting the lockdown and offering all the obligatory prayers as well as taraweeh indoors, throughout the past month of Ramadan, Maulana Khalid Rasheed appealed that they should even offer the Alvida Jumma namaz in a similar manner.

“Offer Ramadan’s last Jummah prayers, Alvida namaz at home with 4-5 people collecting together to form a jamaat (congregation) while only those who stay in the masjid will offer Alvida namaz there. In these last few days of Ramadan, do not loiter out for shopping unless there is an emergency,” he said.

According to him, an appeal to not buy new clothes this Eid was made earlier and Muslims were advised to make judicious use of the clothes that they already have. He added, “Islamic Centre has also appealed that all the Muslim families should contribute 50% of their Eid budget to the poor, amid the current pandemic situation so that the needy could have two square meals a day. Refrain from hugging and shaking hands on Eid and follow the norms of social distancing so as to curb the spread of coronavirus.”