Bombay Borough, a British-era bungalow-inspired luxury diner in Dubai recently launched the world’s most expensive biryani. The exotic 'Royal Gold Biryani' is priced at a whopping AED 1,000 (Rs 19,704) per plate

If you are a biryani lover, you will surely relish this piece of news! While you must have enjoyed the likes of the delectable Lucknow and Hyderabad biryanis, today let’s talk about the most lavish biryani across the globe. Turns out, Bombay Borough, a British-era bungalow-inspired luxury diner in Dubai recently launched the world’s most expensive biryani. The exotic ‘Royal Gold Biryani’ is priced at a whopping AED 1,000 (Rs 19,704) per plate and has been added to the menu of the luxury restaurant to celebrate its first anniversary. The 3 kg Royal Gold Biryani comes in a giant golden metallic plate and is served with three variations of rice including Chicken Biryani Rice, Keema Rice, and White and Saffron rice, topped with baby potatoes and boiled eggs. 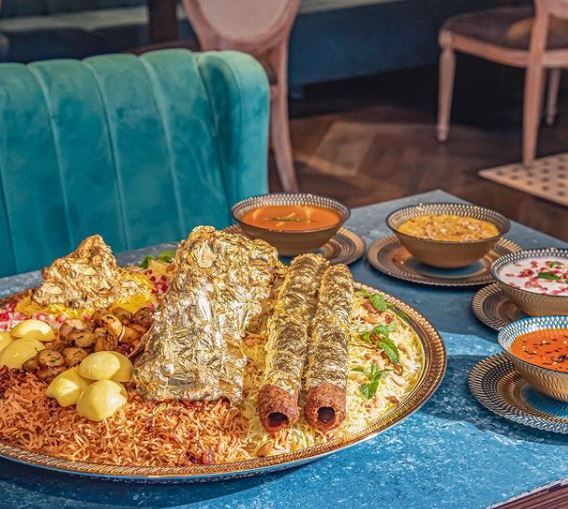 It also comprises Kashmiri lamb seekh kebabs, old Delhi lamb chops, rajput chicken kebabs, Mughlai koftas, and malai chicken served on a bed of saffron-infused biryani. The entire plate is garnished with a generous amount of 23-carat edible gold leaves, which makes it a royal platter! Not only that, the platter is also served with three side dishes that include Nihari Salan, Jodhpuri Salan, Badami sauce topped with almond and Pomegranate Raita. 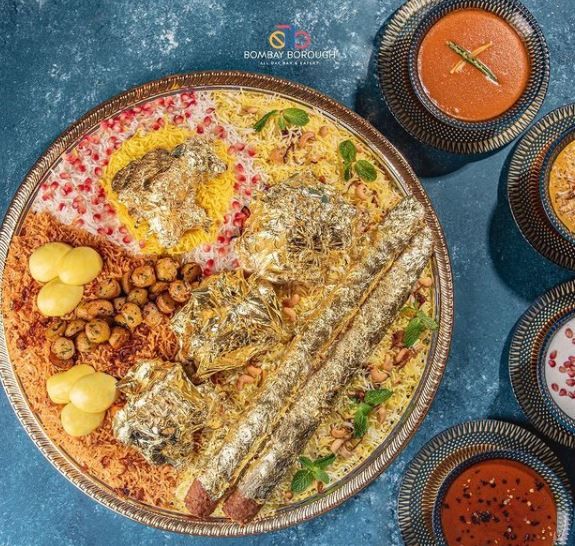 This exotic version which takes 45 minutes to be plated, comes on a giant platter is carted by two men in shimmering golden aprons. The plate serves between four and six diners, so make sure to take along some friends. 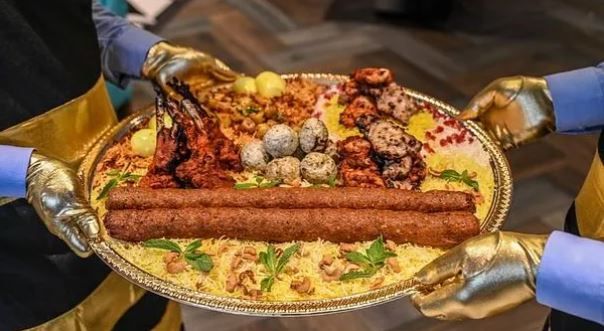 So are you hungry yet? If you live in Dubai, go give yourself a treat!