Every Hitler Dad in the world: Is your dad also the same?

Why is mom blamed for every mistake did by her child? Is the mistake only of the mother who nurtures her kid or is the mistake of both parents who moulds their child in a certain way? 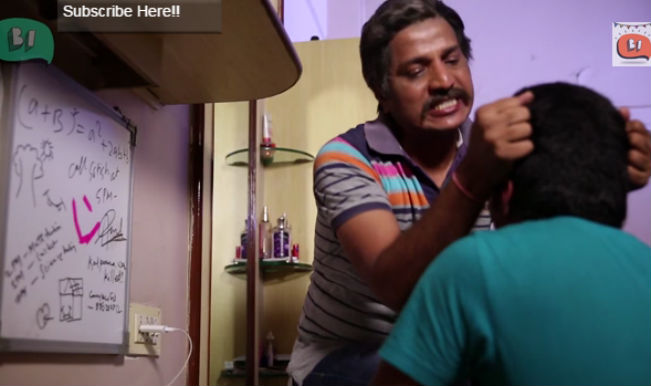 This video brings out the most biased thoughts which grow in the minds of every father. According to them their son will become a doctor, engineer or a lawyer but if asked about their daughter their answers are like ‘she will become a daughter’, ‘family is also important’, ‘shadi ke baad chahe jo kare’ etc. Also Read - Woman Goes into Labour While Taking Law Exam, Gives Birth to a Son & Finishes The Test!

Every typical Indian father has problem if their daughter, wife or sister wears short dresses. Is every dad in India behaves in the same arrogant manner like this man in the video does? Is your dad aggressive or restrictive? Here is a video from the Being India which describes a hitler, arrogant, angry dad in a humorous way. Also Read - Watch It to Believe It! This 8-Year-Old Israeli Girl Loves Swimming With Her 11-Foot Pet Python, The Internet is Scared

Watch this video and do let us know how is your dad? Is he your friend or not?  Why is mom blamed for every mistake did by her child? The Being India video tries to bring out maximum comedy from the character of typical Indian father. But it seems that they always exaggerate the topic. Not all fathers in India are annoying like showed in the video.

Watch the video below and judge your father