Every Vegetarian Indian in the World: The real side to the vegetarian!

Have a good laugh after watching it - don't take it to heart! 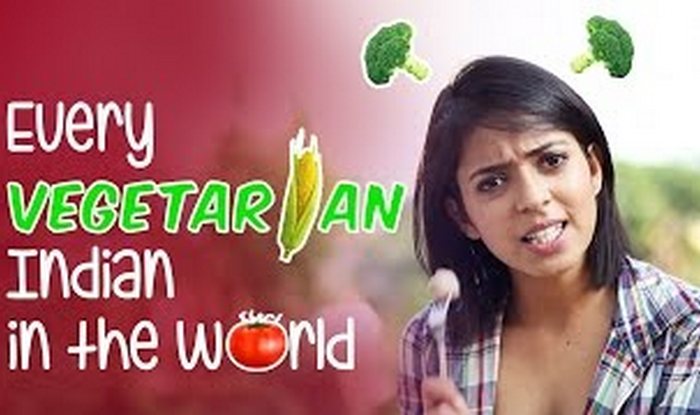 Also Read - Viral Video: Baby Elephant Refuses To Wake Up From Nap. Watch What His Mother Did Next

After their funny video Every Non-Vegetarian Indian in the World, Being Indian has come up with the opposite of it called Every Vegetarian in the World. While the first one showed how the world treats non-vegetarians and how non-veg eater himself has his set of biases and limits (like meat is fine but no dog meat), the new viral video shows the typical way in which a vegetarian would behave normally. Also Read - Cartel TikTok: Various Drug Mafia From Mexico Go Live on TikTok, Post Videos of Guns, Drugs & Money

It’s funny and some of the vegetarians who have tasted non-veg will definitely identify with this video. But have a good laugh after watching it – don’t take it to heart! Also Read - Want to Live Longer? Follow a Plant-Based Protein Diet

Enjoy the Being Indian video here!