Though initially Shah Rukh had planned to tone his body for some parts of the film, he is now happy with his new self and wants to stay fit. 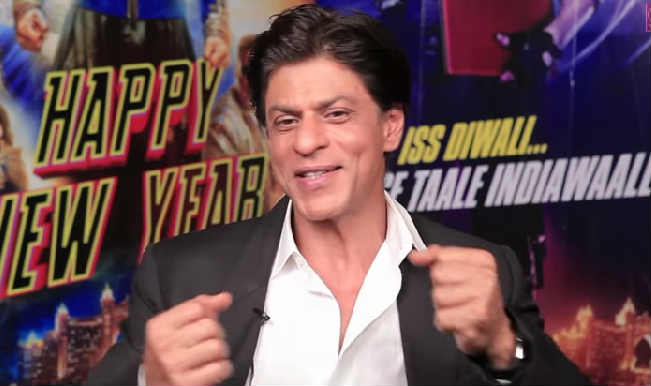 Farah Khan’s Happy New Year is nearing its release date and the entire cast of the film is busy promoting the movie by all means. Produced by Gauri Khan under Red Chillies Entertainment banner, the comedy-drama is a musical heist. Shah Rukh Khan, the main lead in the movie, talks his heart out about his upcoming release in an exclusive interview. Also Read - IPL 2022 Auction: Shahrukh Khan, Faf du Plessis to Quinton de Kock, Dwayne Bravo; Stars MS Dhoni's CSK Will Target

“Unlike other heist movies where you have a bad guy hindering your plans, Happy New Year is about six people indulging in something they are the worst at (dancing). Being a dance film, it very important to have good music and Vishal-Shekhar have done an exceptionally great job with that. This may possibly be the last of Bollywood films where you have so many musical numbers with logic,” says Shah Rukh. Also Read - Is Shah Rukh Khan’s Mannat Safe? Man Arrested For Threatening To Blow Up SRK's Mumbai House

The Baadshah of Bollywood also said, “Because we are participating in world dance competition, we are rehearsing, practising and each song has a good logic to it. It is one of those commercial films where it’s just not taken for granted and we put a song. There is a reason for every song and you may not like some of the songs until you see them in the film.”

Of all the tracks, Manwa lage, Lovely, Indiawaale and the latest number Sharabi are some of Shah Rukh’s favourite numbers from the movie. Sharabi is a fast track that you will hear at a party, says SRK who plays Charlie in the film. King Khan also feels that the track will surely get on everyone’s nerves and as it will make you dance as though you were actually drunk!

Though initially Shah Rukh had planned to tone his body for some parts of the film, he is now happy with his new self and wants to stay fit. He also admits that the fitness regime has helped him cope with his injured shoulder and knee (wounded during the shooting of the film). The star also shared some of his fitness tips with his fans and asks them not to stretch beyond their capacity. Half an hour of exercise every day and proper diet is all they need to get a muscled physique like the dimpled star.

The megastar also spoke of the excellent experience he had during the SLAM Tour. It was something he had done after 10 long years. Taking into consideration the unexpectedly warm response received by the fans, the actor is planning to take a worldwide SLAM Tour, of course post the movie release.