Turns out that the man in the video is not Capt. Deepak Sathe, as claimed

One of India’s most decorated pilots who served in the Indian Air Force, Captain Deepak Sathe was one of the two pilots who died in a tragic plane crash at Kerala’s Kozhikode (Calicut) airport on Friday. However, while losing his life in the plane tragedy, he was still able to save the lives of 170 of his passengers. Also Read - Kerala Air Crash: Captain Deepak Sathe Had Planned to Surprise Mother on Her Birthday

Meanwhile, a video has been going viral on social media showing an old male officer in Indian Armed Forces’ uniform singing the famous Bollywood song ‘Ghar Se Nikalte Hi’. It is being claimed that the man in the said video is late Capt. Deepak Sathe, pilot of the Air India flight from Dubai to Calicut which crashed in Kozhikode.

Sathe was a former Wing Commander of Indian Air Force, who served in the IAF for 22 years. The video is being widely shared on WhatsApp as a tribute to the late Captain.

Here is the video which is going viral:

But the video is fake

Turns out that the man in the video is not Capt. Deepak Sathe, as claimed. In fact, the officer in the video is Vice Admiral Girish Luthra (Retd) of the Indian Navy singing at the Navy’s Golden Jubilee celebrations in 2018.

A search of the song on YouTube takes us to the account of Vice Admiral Girish Luthra Retd, wherein a similar video of longer duration was posted on March 6, 2019. 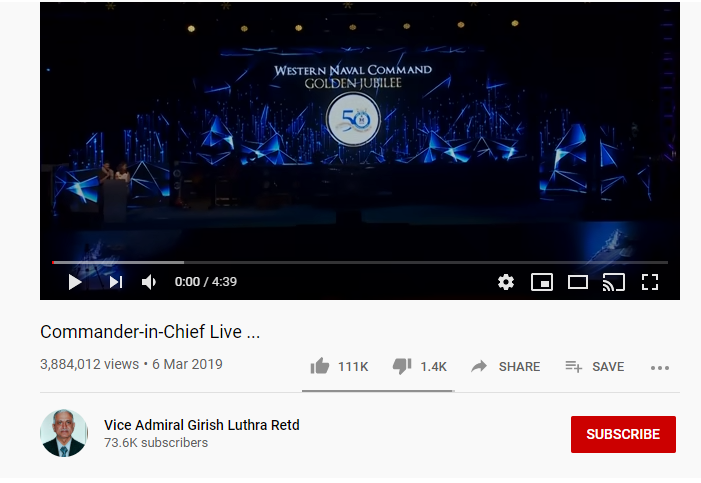