Farah Khan Gets Bullied For Posting Photo of Her Kids Performing ‘Puja’, Trolls Question Her Being Muslim

Farah Khan’s kids went viral in no time after their puja photo was uploaded.

Too much is read and talked about the Hindu-Muslim religion in India. But somehow, it never seems to be enough. While many Bollywood movies give us a sight of the dark side of religion, some celebrities in real life even address such issues. But most of them are being targeted with the trolling and hatred. Recently, Bollywood’s filmmaker-choreographer Farah Khan took to Instagram to share a beautiful picture of her three kids performing a puja at home. She celebrates festivals with equal faith and enthusiasm, be it Diwali, Janmashtami or Eid.Also Read - The Kapil Sharma Show: Farah Khan Reveals How Shakira Wanted 'Hips Don't Lie' To Be 'Bollywood Style'

Needless to mention, this photo of Farah’s kids went viral in no time and were loved by almost everyone. Well, some religious fanatics on Instagram criticised her for preaching her kids to worship a Hindu God, despite being a Muslim.

One of the comments could be read as, “She cn,t b a muslim…Worship of domiGod is prohibited in hinduism as well but these moroons r unaware lack of knowldge..He name should b removed from khan …Will know on the day of judgement..Thankful of him that i born muslim n wil die muslim”. 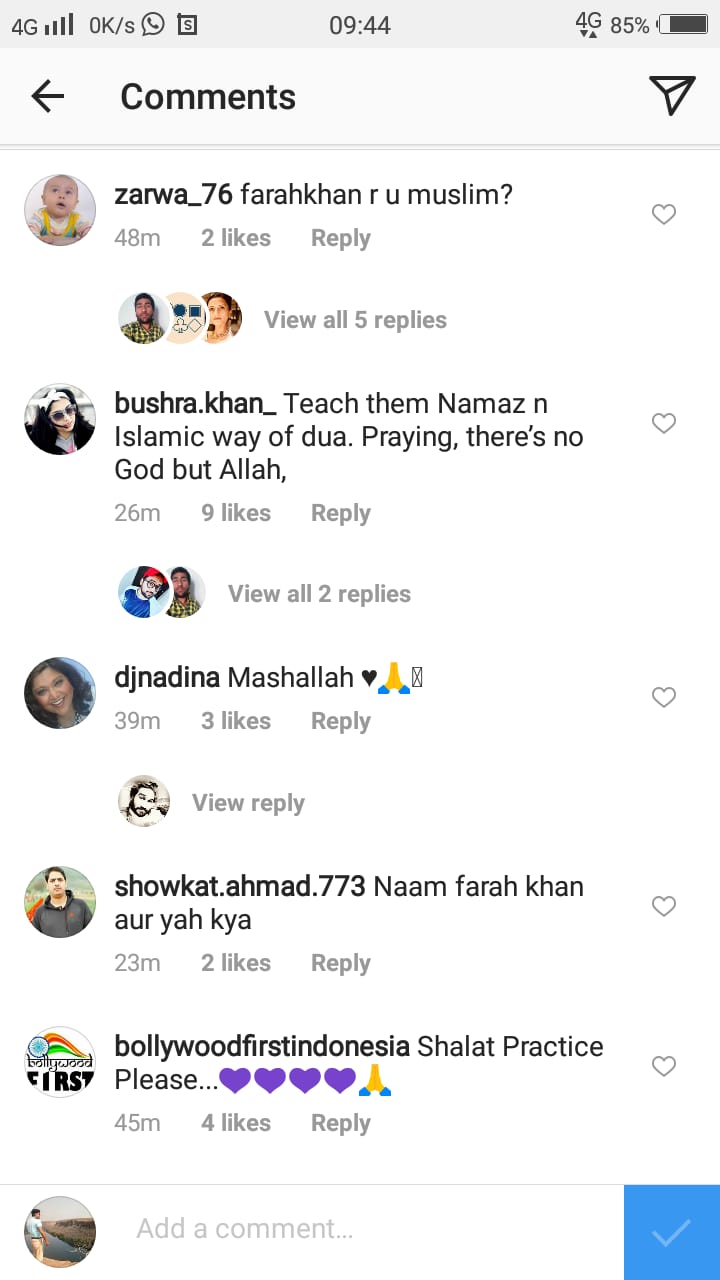 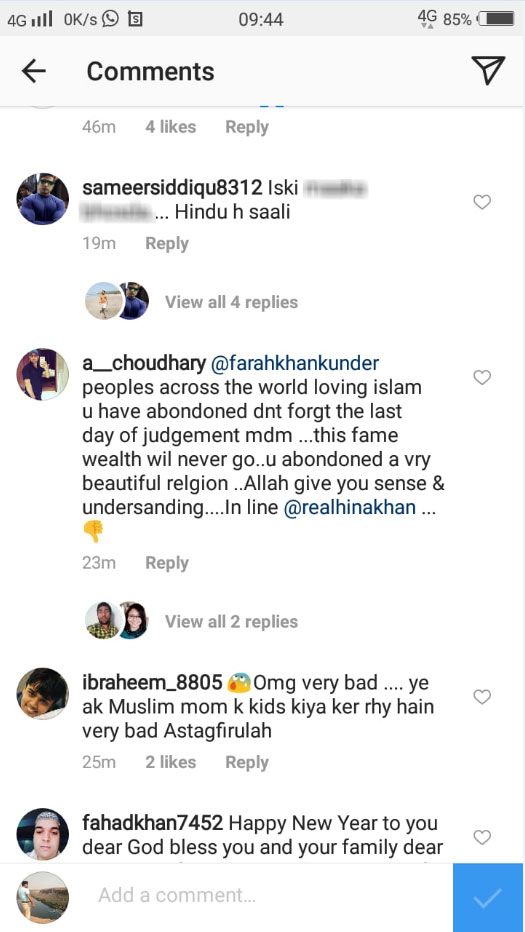 In 2017, Farah Khan’s husband Shirish Kunder gave a befitting reply to a troll when asked about his children’s religion. The filmmaker’s response was lauded by one and all. He replied, “Depends on which festival is next. Last month, they were Christians”. It went viral on Twitter with over 5 thousand likes and nearly 7 thousand retweets.

Frankly, we think religion is a private matter and which one an individual follows is none of anybody’s business. In a country where people from different religions exist in harmony and celebrate each other’s festival with pomp and reverence, what religion does a certain individual follow should not be an issue, to begin with? The idea in this land and in this culture is to be a good human being first, what religion he or she follows, is secondary or dare we say absolutely inconsequential.