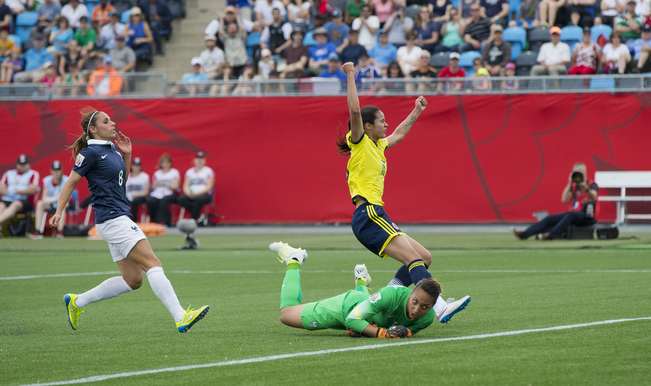 The FIFA Women’s World Cup 2015 is being held in Canada, and one of the exciting matches three days ago was the Colombia vs France match. While soccer fans expected France to beat Colombia easily, the latter stunned them with a 2-0 win to create history! Earlier, France had swept aside old rivals England to win 1-0 in the Group F match of the FIFA Women’s World Cup. According to a FIFA statement, France has not lost to England since 1974 in the women’s series. Also Read - Indian Restaurant in UK Attempts to Send Samosa Into Space, it Crash-lands in France

Admitting defeat, France coach Philippe Bergeroo said, “We started the match well. They (Colombia) scored against the run of play and things went downhill from there.” While Colombia coach Fabian Taborda told the media, “We have proved that we are not just here to make up the numbers. We knew that we’d have to play intelligently and fight for every ball.” Also Read - Bird Flu Reported in 10 EU Countries: What Steps Are They Taking to Prevent Further Spread?

France will play Mexico on Wednesday, June 17, whom Colombia had a draw with before beating France. While Colombia will play against England, who was defeated by France! Watch the FIFA Women’s World Cup 2015 Colombia vs France highlights video here!