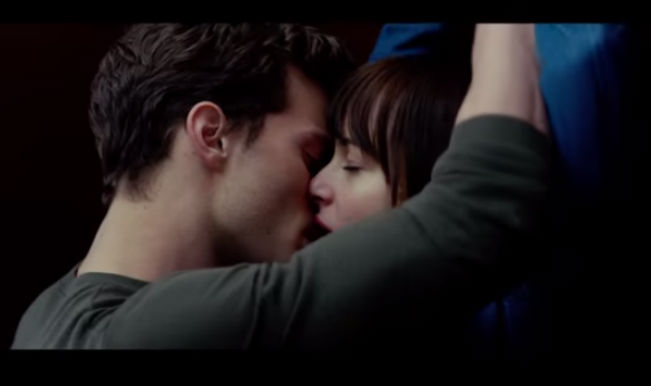 Fifty Shades of Grey is one of the most anticipated movies slated to release this Valentine’s Day. The movie based on the erotic novel by the same name has taken the world by storm. Fifty Shades of Grey by E.L James is one of the fastest-selling book series ever. Now with the lead characters Christian Grey and Anastasia Steele coming to life on the silver screen played by Jamie Dornan and Dakota Johnson respectively, the mercury levels are sure set to rise. The movie makers have released a brand new trailer of the movie on YouTube. Also Read - KGF 2 Teaser Sets Big YouTube Record: Yash Starrer Gets Over 130 Million Views And 6.6 Likes

The previous trailers gave you a sneak peek of the sexual chemistry between the two protagonists, this trailer is an extended version of the same. This extended YouTube trailer starts with a conversation between Christian Grey and Anastasia Steele as Grey says in his broody mysterious voice, “Some people say that I don’t have a heart.” The background score of Beyonce’s raunchy version of Crazy in Love gels amazingly well with the trailer. Also Read - TikTok Highest Grossing App of 2020 Despite Ban, Followed by Tinder, Youtube; Netflix 10th