Fast cars, skinny girls, sand dunes and the ridiculously stylish places in Dubai has the cast all set up for a party. 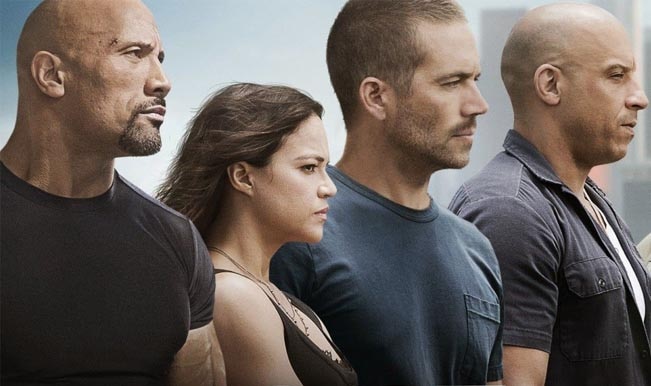 The trailer starts out with Vin Diesel aka Dominic Toretto in his own intense way reminding the team to stay sharp and remember what they have to do. The gang is freaking out an already freaked out Tyrese Gibson aka Roman Pearce as they are all set to pull off another job as the a military aircraft full of heavily tuned cars drops from the plane. Also Read - Good News For Fast and Furious Fans, Vin Diesel Starrer Gets Official Podcast

They have parachutes of course as they take on an armored RV and successfully pull off the job, the package is an unknown woman but suddenly something goes wrong. The RV skids out of control on its side towards a cliff and the stunt by Paul Walker assisted by Michelle Rodriguez is the best drift you will see. Also Read - Fast and Furious 9: New Trailer Raises Excitement, Fans Can't Wait For This Action-Packed Movie

Cut to Han’s death scene from The Fast and the Furious: Tokyo Drift when a Mercedes Benz smashed his car while trying to get away from DK and Jason Statham sending a chill down Dom’s spine with a purposeful call. Jason Statham aka Big Shaw is the big bad brother of Owen Shaw, the master villain in Fast and Furious 6, and he is out to seek revenge for the ones who killed his kid brother.

Fast cars, skinny girls, sand dunes and the ridiculously stylish places in Dubai has the cast all set up for a party and of course go drag racing. Fight scenes with tactical teams getting blown up is what the trailer is all about. Vengeance hits home seems the right choice of words for the trailer as Furious 7 is all set to be the most kickass film in the Fast and Furious box set. Here’s the Furious 7 trailer.