Here's all that happened in the second episode of Game of Thrones Season 8. Jon Snow reveals the truth of his blood to Daenerys Targaryen and Arya Stark gets intimate with Gendre.

The episode 2 of Game of Thrones season 8 was full of moments that the GoT fans have been waiting to watch on-screen. Jon Snow finally opens the truth about his parentage to his lady love Daenerys Targaryen. Arya Stark and Gendre hookup after an intense discussion and Brienne of Tarth finally becomes Ser Brienne of Tarth. Here are the major takeaways from the second episode of the last season of Game of Thrones.Also Read - Squid Game Crushes Game of Thrones' Content on YouTube With 17 Billion Views

1. Jaime Lannister is saved: Also Read - Kit Harrington Feels 'A Bit of Pain' With Game of Thrones Prequel - House Of The Dragons, Here's Why 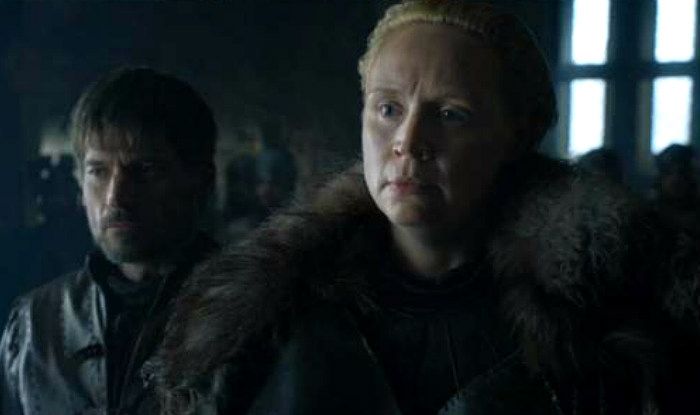 Jaime Lannister arrives in the Winterfell and after exchanging eyes with Bran, he faces the Dragon queen Daenerys Targaryen who recalls how he killed her father the Mad King. Jaime’s brother Tyrion and Brienne of Tarth help him and come out in his defense in front of the queen. Sansa forgives Jaime that intensifies the tension between the lady Stark and Daenerys. Also Read - House Of The Dragon Teaser Out: Game of Thrones Spin-Off Is All About Fire, Dragons, Blood 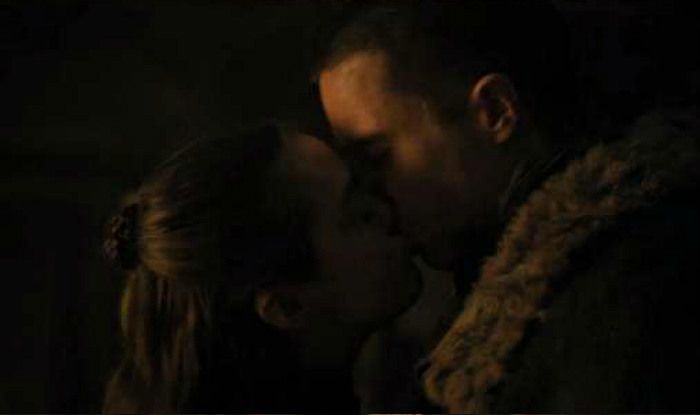 Arya Stark runs into Gendry to quiz about her customised weapon. She impresses Gendry with her skills and questions him about the White Walkers. He reveals to Arya that he is Robert Baratheon’s bastard. Arya asks him if he has been with other women. The conversation leads to a passionate make-out session and it is established how badly Arya wanted to live this moment fearing she might die in the war to come. 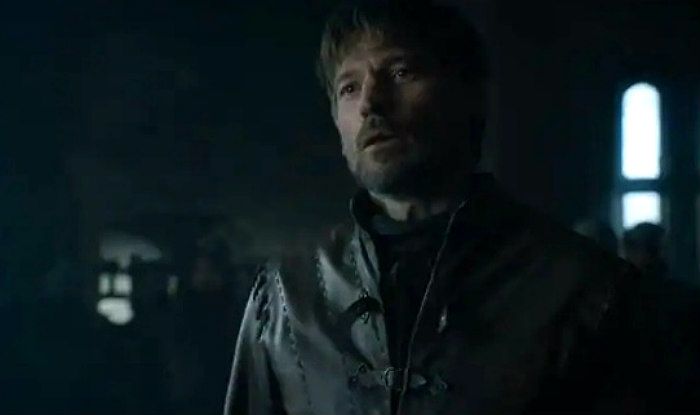 Jaime Lannister meets Bran Stark and apologises to him for attempting to kill him in the first season. He then asks Bran why he never told anyone about what he did to him. The third-eyed Raven tells him that if Bran did so, Jaime would have been killed and never participated in the war against the Army of the Dead. 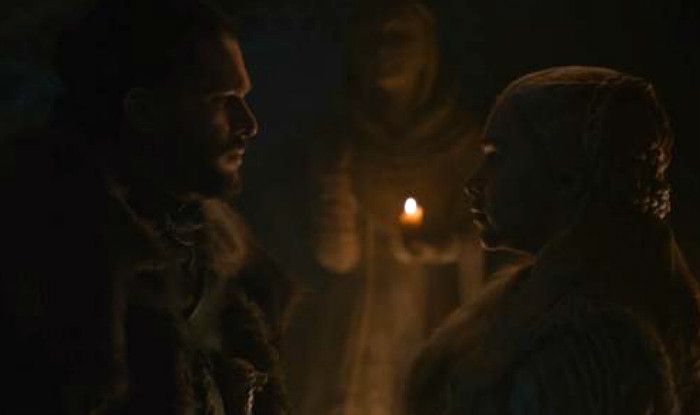 Jon Snow finally reveals the truth to Daenerys Targaryen, establishing that the woman he loves dearly is actually his aunt and they are blood-related. Daenerys is shocked to know about Jon’s real identity.

5. Brienne of Tarth is knighted: 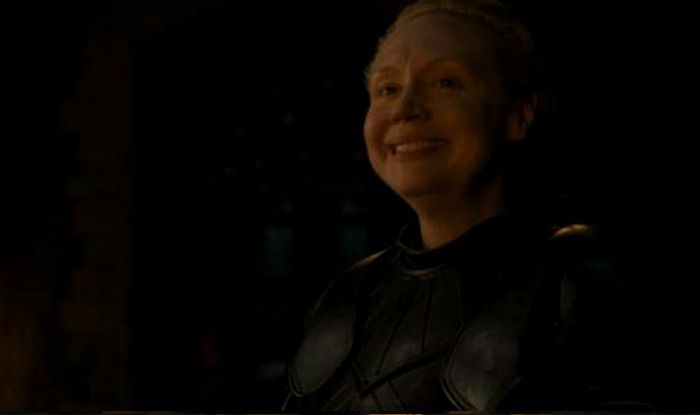 In what can be seen as the most emotional part of the episode, Brienne of Tarth is knighted by Jaime Lannister as Tyrion Lannister toasts to her and Podrick croons Jenny of Oldstones.

Episode 2 ends by showing the Night King looking at the Winterfell from afar. The war has begun and the next episode will show Jon Snow declaring ‘the Night King is coming.’ Watch out!