RIP Gen Bipin Rawat: Famous Quotes by CDS That Will Inspire Courage and Strength For Years To Come

Here are some famous quotes by Gen Bipin Rawat that will inspire courage and strength for generations to come.

New Delhi: India’s first Chief of Defence Staff (CDS) and former Army chief General Bipin Rawat died in a tragic chopper crash on Wednesday along with his wife Madhulika Rawat and 12 others after the Indian Air Force (IAF) Mi-17VH helicopter that they were travelling in crashed near Coonoor in Tamil Nadu. Thirteen out of the 14 people on board died and there was only a sole survivor – Group Captain Varun Singh SC, Directing Staff at DSSC – who also received injuries. Gen Bipin Rawat was on a visit to Defense Services Staff College in Wellington, Nilgiri Hills, Karnataka.Also Read - From Surgical Strike to Myanmar Mission: Here’s a Look at Illustrious Career of India's First CDS General Bipin Rawat

Gen Bipin Rawat, the senior-most armed forces officer oversaw strikes in Myanmar and the surgical strikes across the Line of Control. He used to openly call out Pakistan and China over border disputes and the spread of terror. Also Read - A True Patriot, India Will Never Forget His Exceptional Service: PM Modi On Gen. Rawat's Demise

Here are some famous quotes by Gen Bipin Rawat that will inspire courage and strength for generations to come:

1. In August 2020, while addressing the Defence Industry Outreach Webinar, Gen Bipin Rawat had remarked that India has the capability and capacity, thus it should seek to become self-efficient and become an exporter of defence equipment.

“To emerge as a global power, it is imperative that India must invest in building long-term indigenous capabilities or applications of decisive military power. The unequivocal assurance of our commitment to procuring indigenous equipment and weapon systems will remain with the industry and all those who support them.”

2. On the occasion of Kargil Vijay Diwas in 2019, Bipin Rawat spoke on several things. Out of which, the one which is remembered by many is the following quote:

“There is a difference between talk and action. One should only believe in talks when they see action happening on the ground.” 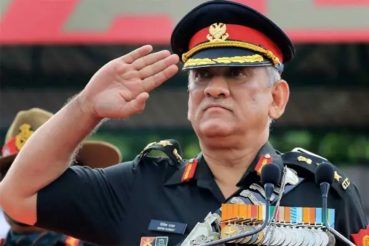 3.  Last month while delivering the Sardar Patel Memorial Lecture at All India Radio, General Rawat said armed forces must remain alert throughout the year due to the ‘territorial ambitions’ of China and Pakistan.

“Territorial ambitions of China and Pakistan require India’s armed forces to remain alert and deployed along disputed borders and also along the coastal regions round the year.”

4. Gen Rawat on how India must be prepared for battle from two sides – Pakistan and China:

“We were always tasked for defending our borders. And when you have unsettled borders on your north and your west, you don’t know which side the battle will commence and where it will end. So you should be prepared on both fronts.” 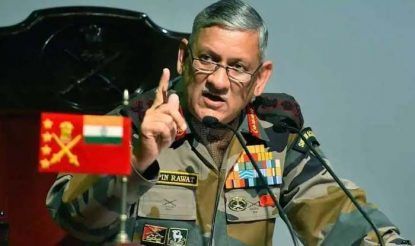 “We have taken adequate precautions to ensure that any such misadventure by Pakistan is thwarted and they are not able to succeed in their mission. But, in fact, they may suffer heavy losses should they attempt any misadventure.”

6. On December 7 this year, Gen Bipin Rawat had cautioned the nation amid the ongoing COVID-19 pandemic. He said the following at the PANEX-21 curtain raiser event:

“Another issue I would like to highlight is, is this is also becoming a new kind of warfare… If biological warfare is beginning to take shape, we need to put our act together and strengthen ourselves to ensure our nations are not affected by these viruses and diseases.” 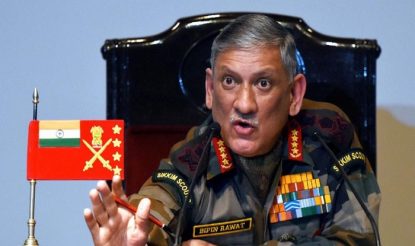 7. Last month, the CDS Gen had emphasised embracing change and adapting cutting edge technology to aim for greater operational efficiency. He the following in a statement:

“The need of the hour for the armed force.s is to embrace change, adopt cutting edge technology and theaterise for greater operational efficiency.”

8. Gen Rawat told India Today in an interview after taking over as Chief of Defence Staff that friends are easily made, but enemies keep us alert.