The extreme transition also suggests that climate played a vital role in human events, though it was not the sole factor. 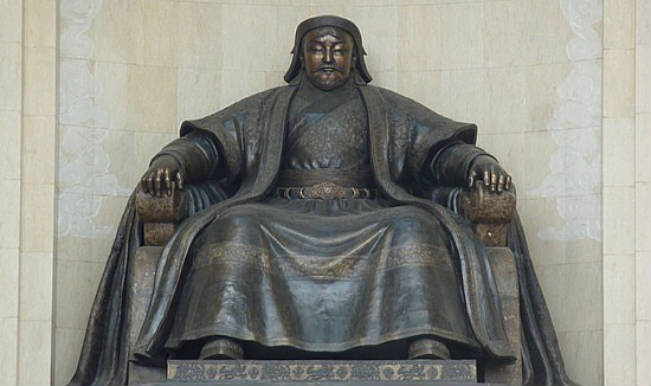 A long period of conveniently warm and wet weather may have possibly helped the rise of Genghis Khan, according to a study in the US. The empire-building tyrant apparently owed his success to this weather, which spanned fifteen years and aided him in the conquering of most of Eastern Europe and Asia, to form the largest continuous land empire ever known. Also Read - WTC Final IND vs NZ: BCCI Provides Update For Day 5 in Southampton

The study states that a period of unusually high rainfall in Central Mongolia was what propelled Genghis Khan’s empire-creating conquest, in the early 13th century. The sudden shift in Asiatic climatic conditions coincided with Khan’s life – the erstwhile cold and arid weather coincided with his rise to the position of leader of the Mongol Empire, and the subsequent warm and wet weather allowed him to then expand out of Central Asia with his horsemen. Also Read - May Records 2nd Highest Rainfall in India in 121 Years; No Significant Heat Wave Spell

Mongolian and American scientists have thus successfully challenged historians and their assumptions that the Mongols, led by Khan, were pushed by prolonged droughts to build their empire beyond their then-existing boundaries.

At a site in Mongolia, the researchers in question reconstructed a year-based record of soil mixture, which was an indicator of rainfall, going back to more than a thousand years. They found that the time period from AD 1211 to AD 1225 was continuously wet, even as it formed between dry period soils. This coincides with the Khan-led expansion from AD 1206 to AD 1227.

Tree rings record periods of growth, and 11 centuries worth of rings were analysed by researchers in central Mongolia. For the time period before the wet spell, the study found a strand of almost 1,000 year old stunted Siberian pines in cracks of a mountain. The species was known to grow slowly and be highly sensitive to weather changes. focused on an unusual clutch of trees found while researching wildfires in Mongolia. They then compared their rings to those of newer fallen trees in the area, for signatures describing soil moisture and rainfall conditions.

Studying their rings showed that in the period preceding his rule, there was an intense drought. This was the probable factor that cause political turbulence and helped Khan to power. Then the rings show a period of sustained rainfall, which was in time with his conquest period. Thus, the tree rings showed that the only time central Asia experienced abnormally high rainfall was when Genghis established his empire. After this period, the climate reverted back to dry and arid conditions.

It is believed that this high rainfall allowed the arid grasslands of the Asian Steppe to grow. This led to pastures on which Khan’s war horses would graze, amongst other livestock. The pastures would have inhabited nomadic populations and these would in turn create concentrated and designated military localities. The localities would facilitate the creation of a unified army under his command.

The extreme transition also suggests that climate played a vital role in human events, though it was not the sole factor. It created the ideal pastoral conditions, which led to political concentration, then military mobilization for the emergence of a full-fledged leader.