Tourism Australia is giving you a chance at the Supersized Selfie. 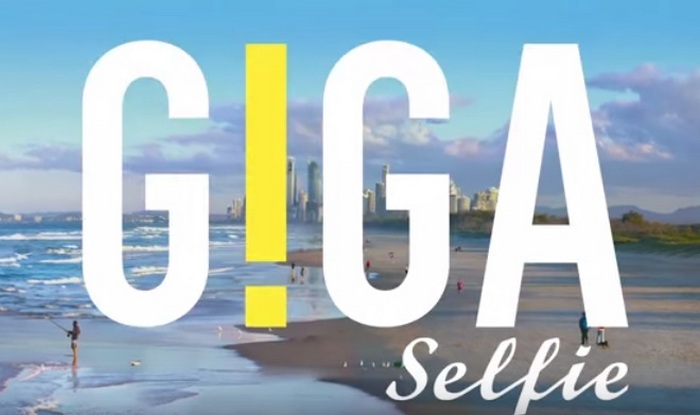 What is the GIGA Selfie? It is soon to be the latest fad in the selfie sensation. The idea was brought to life by Tourism Australia, and the world’s first GIGA Selfie will be clicked on September 5 on Gold Coast in Australia. The event will go on till September 6. But here is the catch – the GIGA Selfie or Supersized Selfie will be allowed only to Japanese tourists! Also Read - Death by Selfie: Teenaged Boy Comes in Contact with High-tension Wires While Taking Selfie Atop Goods Train

Why the discrimination? That’s because this is a special initiative by Tourism Australia for its Japanese friends. A press release by Tourism Australia says, “Japanese travellers will have an opportunity to get involved in a ‘supersized selfie’ to help them share their holiday experiences Down Under in a new promotion launched by Tourism Australia. The ‘GIGA Selfie’ events – announced in Japan on www.gigaselfie.jp with a video starring Japanese model and TV personality Ren Ishikawa – will be held around the country starting with the Gold Coast from 11am to 4pm on Saturday 5 and Sunday 6 September 2015.” Also Read - Naked Man Rescued From Crocodile-Infested Waters in Australia, Ate Snails to Survive | Watch

Tourism Australia Managing Director John O’Sullivan said, “Japan has long been an important tourism market for Australia, with more than 320,000 Japanese visitors travelling here in the past year alone and contributing more than $1.4 billion in visitor spend. With new air services coming online this year there is a real opportunity to further grow travel from Japan and capture the renewed interest in Australia as a travel destination.”

How to take a GIGA Selfie and save it?

Tourism Australia explains, “To take their enormous selfie travellers stand on a designated spot and then use the ‘GIGA Selfie’ app on their smartphone to trigger a distant camera which captures them and the surrounding landscape. A link is then emailed to them and they can share their image as a short video clip which starts as a close up selfie and pulls back to reveal their location.”

Watch video to know how to make use of the world’s biggest selfie service by Tourism Australia!