Hosted by Godrej Group, the launch of Corporate Standards of Conduct on Tackling Discrimination Against LGBTI People, a UN report, was an event attended by human rights and corporate representatives. Here is a glimpse of the event.

The Standards of Conduct for Corporate on Tackling Discrimination Against LGBTI People, a UN report, was launched on October 12 and the event was hosted by the Indian conglomerate Godrej in Mumbai. We attended the event, which saw the presence of some of the most prominent personalities from the field of art, hospitality and business. Social activists, media members and people from the LGBTI community were also present for the event. The report was published by the Office of the United Nations High Commissioner for Human Rights and it charts out guidelines for the private sectors to respect the rights of all, including people belonging to the Lesbian, Gay, Bisexual, Transgender and Intersex community. These are the benchmarks to make sure that LGBTI people are treated fairly in the workplace. The event was organized to answer all the questions pertaining to the inclusion of LGBTI people in corporate and it did.Also Read - Siddhant Chaturvedi, Ananya Panday and Adarsh Gourav Unite For Farhan Akhtar's Next Project ‘Kho Gaye Hum Kahan’

The event started with Parmesh Shahani, head of the Godrej India Culture Lab, welcoming the guests of the evening. Shahani is the author of the book Gay Bombay: Globalization, Love And (Be)Longing in Contemporary India. He introduced all the guests and gave the stage to Fabrice Houdart, Human Rights Officer, Office of the UN High Commissioner for Human Rights. Houdart explained why it is important for the corporate world to fight the discrimination against the LGBTI community. Companies and business, big or small, have the right to protect the rights of people including the rights of LGBTI people. Excluding LGBTI people costs heavily on the economy and it is a waste of talent and productivity. Discrimination costs the economy of India about $32 billion a year. It also affects the growth of the country. The report lays down five standards of conduct, which are respect human rights, eliminate discrimination, provide support, prevent other human rights violations and act in the public sphere. Also Read - Shibani Dandekar Gets Boyfriend Farhan Akhtar's Name Inked On Her Neck | See Pic 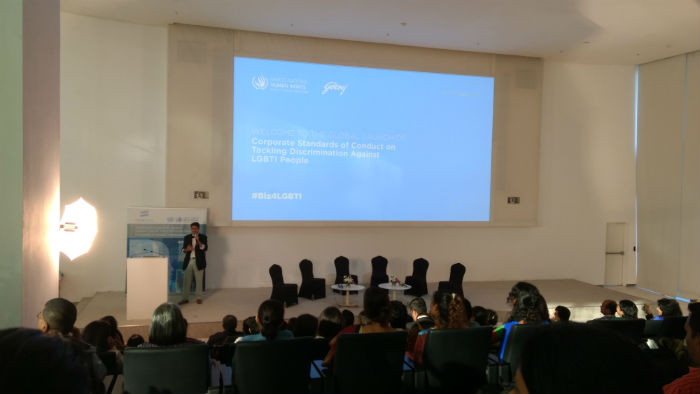 After Fabrice Houdart, a panel discussion was held moderated by Salil Tripathi, Senior Advisor, Global Issues, Institute for Human Rights and Business. The panel included Radhika Piramal, Vice Chairperson of VIP Industries Limited; Nandita Daas, filmmaker and actor; Gauri Sawant, Transgender Activist; Meenakshi Ganguly, Director South Asia of Human Rights Watch and Keshav Suri, Executive Director of The Lalit Suri Hospitality Group. This elite group was asked about how a company can eliminate the discrimination against LGBTI people and include them. The discussion highlighted how the inclusion of LGBTI in the corporate can improve the company’s profit and is rewarding. Gauri Sawant and Radhika Piramal suggested making it more personal instead of showing just figures and charts of the profit. Taking the humane approach will be the best option to include people from the LGBTI community and make everyone comfortable in the organization. It is not just inclusion of LGBTI people but also educating people about the discrimination against them. The panel discussion was followed by a question and answer session where the audience was given a chance to raise questions pertaining to the topic and it was followed by the member of the panel. After the Q&A session, The Corporate Standards of Conduct on Tackling Discrimination Against LGBTI People report was unveiled. After the unveiling, the discussions continued over cocktails and snacks. Also Read - Farhan Akhtar on 20 Years of Dil Chahta Hai: I Would Have Scrapped If Dimple Kapadia Had Rejected It 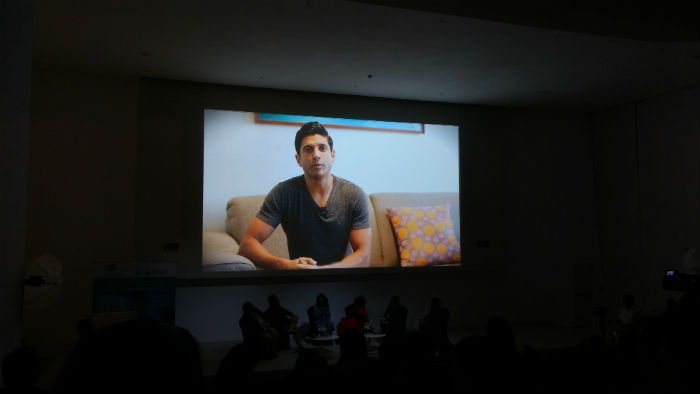 The evening not just launched an important report but also opened up a discussion about the inclusion of people from the LGBTI community in corporate. And as Keshav Suri said during the discussion, it is high time we did that, If there has to be a change then it should trickle down from the top. The major national and international companies now have guidelines to include people from the LGBTI community and to make a change.