The Google Atmosphere 2015 speakers include Cali Ressler, Author, Work Sucks, who opened the event with her talk on Creating a culture of innovation. 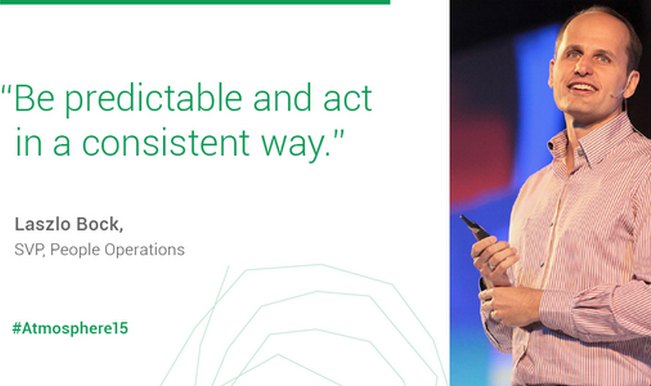 The Google Atmosphere 2015 APAC event was held on Wednesday, June 3, 2015. Google held the event for the Americas and EMEA on June 2. “Take the best seat in the house at Google for Work’s largest digital event as we explore creative ways to innovate and work together. Hear from keynote speakers who’ve disrupted industries and inspired global change. Then, select one of our in-depth discussions on collaboration and business security,” Google announced ahead of the programme when it opened online registration. The event has been trending on Twitter with the hashtag #atmosphere15. Also Read - Facebook Family Outage: Usage of Google Maps Surge 125 Times; Text, Call Up by 75 Times | Details Here

The Google Atmosphere 2015 speakers include Cali Ressler, Author, Work Sucks, who opened the event with her talk on Creating a culture of innovation. She was followed by Tim Brown, Co-CEO, IDEO, who spoke on Finding Innovation: Where do innovative ideas come from? Several other business stalwarts and innovators were scheduled to speak at the Google Atmosphere 2015, including Google’s Senior Vice-President People Operations, Laszlo Bock, and Airbnb’s Chief Marketing Office Jonathan Mildenhall. Here’s the audio of the full event of Google Atmosphere 2015 APAC. Also Read - Gmail Suffers Outage, Services Down Across India; Users Unable to Send, Receive Mails